It was twilight, and I didn't know what to expect as I arrived by car to Pattaya, Thailand. 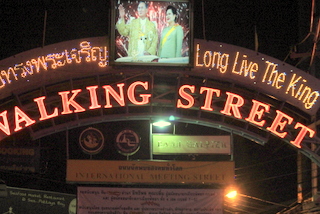 The famous walking street in Pattaya where tourists worldwide solicit for sex.

The beach town's famed nightlife was already in full swing. Pattaya is a "Wild West" of bars, massage parlors, brothels and strip clubs. I watched as inebriated men wandered up and down the red-light district with its neon-sketched bars to the left and right. As I watched, dozens upon dozens of women enticed men to come inside. Sex tourism is a multi-billion dollar industry and a key element in the underground trade of human trafficking, said Ken Franzblau of Equality Now in New York. "But the money is essentially going to the corrupt local officials, the bar owners. Those that are controlling the activity of the women in those locations. 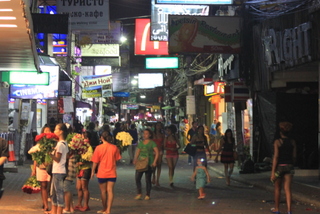 "Anyone who goes to Pattaya, they see 27,000 sex workers in a corridor of about three miles," said Matthew Friedman, former regional manager for the United Nations Interagency Project on Human Trafficking. 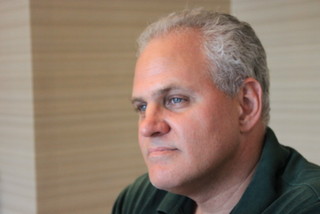 It's in these three miles that Friedman sees the complexities of human trafficking. I sat inside the Chocolate Butterfly Bar right next to three Thai "bar girls" -- the regional name for prostitutes. While waiting for customers, they sang along to a popular American hip-hop tune.

Pattaya's storefronts are fueled by organized crime. Russians have taken over some of the legal sex club businesses in Pattaya, and that is of growing concern to Thai authorities.

"The mafia is very much involved, the Russian mafia," Friedman said. "They franchise to the Uzbek mafia. So you have basically crime syndicates that are beginning to find a home in Pattaya. Eventually, I think the government of Thailand is going to have to address that, because it's something that has been there for a while now. It doesn't seem like it's going away."

Adding to the complexity, Friedman said, is the fact that not every prostitute in Pattaya is working against her or his will and that the decision to work in the red-light district is sometimes accepted by friends and family.

"In Southeast Asia and Thailand, there's more of an acceptance of it, as long as the money is going back to the family," he said. "If the girl were to basically go into the brothel industry and have the money for herself, then that goes against her karma, that would be negative merit, but if the money is going to support the family, it would be perceived as OK." 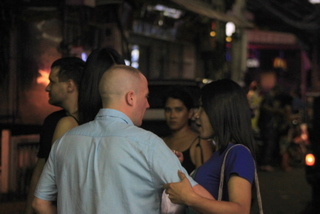 By American standards, it's not a lot of money. The low price of sex in Pattaya's red-light district is a draw for many sex tourists. It is often as low as eight US dollars.

Jim, a New York limo driver, whom we interviewed earlier in this series, explained how it works. He lived in Thailand in recent years.

"To have a girl in Pattaya for the night, where she spends the whole night with you, that's it; she's yours," Jim said. "It's, you know, you're buying a girl for the night. That's what you're doing. That's what's so nice, and she has to do whatever you ask her to do."

These women are poor, and their exploitation result from both poverty and the permission to view women as commodities. One young woman tells me she became a prostitute because she couldn't find a job in her village near the border with Laos and followed her sister to Pattaya. But her dream is to go to America.

Some men will marry the women they meet. "I met my wife at a bar in Thailand," said Jim.

But tourists aren't the only people seeking connections in the red-light district. Traffickers also see opportunity in Pattaya.

"The reason why you may see more Thais ending up in North America is that [Pattaya is] kind of an incubation place, if you will," Friedman said. "Potential opportunistic pimps will go in there and say, 'I have this great opportunity. We can bring you to the United States, and you can make four or five times what you're making here, and you can live a very good life, and you'll basically be able to have a lot of money and freedom,' and so forth. So they work out some kind of arrangement to get them over to the United States and once they're there, they're put into this situation where, as you say, it's like a circuit. Where they'll be in one particular location for a while, and then they'll spend two weeks in another location."

Bar girls aren't the only commodity sex tourists seek in Thailand. About 45 minutes outside of Pattaya, past shanties and roadside stalls selling mangoes, I arrive at the Anti-Human Trafficking and Child Abuse Center. 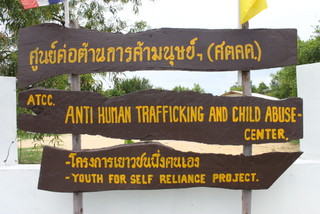 A 12-year-old boy sitting under a tree told me American men have come to town and asked for him by name. 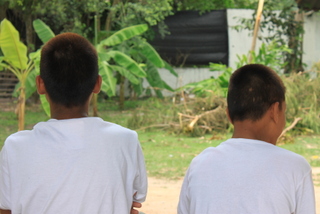 Sexually abusing a child violates Thailand's anti-human trafficking laws. But some Americans have come to the country thinking they can get away with it. One of the most notorious offenders was well known to American officials and the archdioceses of Boston and Los Angeles. But Thai airport immigration officials were not familiar with Father Paul Shanley. The 71-year-old priest implicated in the Catholic Church abuse scandal traveled to Thailand in March 2002 and spent as much as a month in Pattaya, according to immigration documents obtained by the Boston Herald at the time.

"In Pattaya, if there were fewer foreign people coming in to buy sex, then the problem would be easier to manage," said Palissorn Noja, who runs Pattaya's Anti-Human Trafficking and Child Abuse Center. 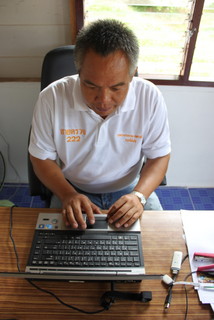 "Though the abuse of children is illegal, it's difficult to stop pedophiles from coming here because they are well organized. They have an entire worldwide network of people looking for children through human trafficking. And sex tourism makes it harder to stop." 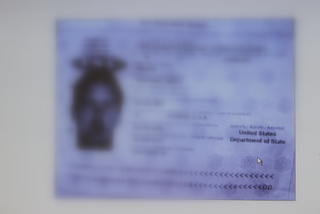 During my visit, Noja monitored police scanners for news about a possible raid on the home of foreign sex abusers in the area. But it is often his organization that tips off the police, using information from the children here. In June police arrested a teacher, Gregory James Miller of Illinois, on suspicion of child trafficking. The tip came from his alleged victim.

Noja shares what he learns with a worldwide team of police based in Thailand, including a French detective who is tracking the movements of American and European tourists suspected of trafficking children.

"More and more, every year, nationals come abroad to have sex with children, so we need very strong, very efficient cooperation," he said. "That's why we have good relationships with federal agencies in the United States."

In Bangkok, Thailand's capital, the US Embassy works with Immigration and Customs Enforcement and the FBI to investigate traveling predators. The first line of defense is the U.S. State Department.

"First of all, we have our own human trafficking investigative team in the office of Diplomatic Security," said Luis C. DeBaca, Ambassador-at-Large in the State Department's Office to Monitor and Combat Trafficking in Persons. "We also have our front-line folks who are the counselor affairs officers in all of our embassies, who are the ones who review the initial visa applications. They're in a perfect position to either stop somebody from being brought into the United States for exploitation or to connect the dots when they see a problem."

And the dots can almost always be connected by migration, said Friedman of the U.N.

"You tend to see trafficking of individuals from less developed countries to more developed countries," Friedman said. "So you'll see an influx from Myanmar, Laos and Cambodia into Thailand. Into China, you'll see women, boys, girls, men, from Myanmar and Vietnam going into China. If we have a situation where a woman is taken over to another [country], and she doesn't like it, and she can't leave that situation, obviously it would be a trafficking type of situation."

It is a situation that is occurring with increasing frequency along the Vietnam-China border.