If you think slavery ended in 1865 with passage of the 13th Amendment, think again. 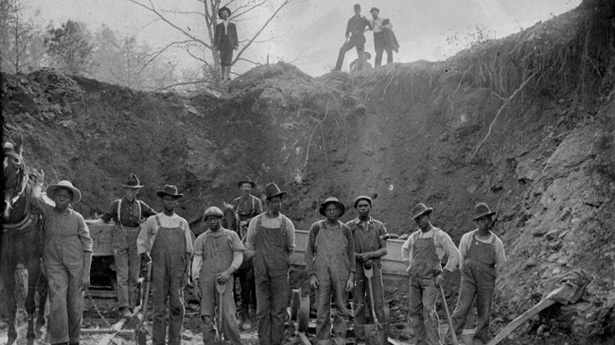 credit PBS.org, Slavery By Another Name

Human traffickers have picked up where slavery, brutal racial-based penal laws, sharecropping and Jim Crow left off. If that seems far-fetched, just listen to Luis CdeBaca at the U.S. State Department.

"In the wake of the Civil Rights Movement, there was a perception that the problem of slavery, of sharecropping, was a thing of the past," CdeBaca said. "And, quietly, the abusers were bringing in immigrants to replace the African American community."

Years before he became U.S. Ambassador-at-Large to Combat Human Trafficking, CdeBaca was with the Justice Department investigating slavery in the U.S.

"The involuntary servitude and slavery program had been a little bit on the back burner during the '70s and '80s because of the gains of the Civil Rights Movement," said CdeBaca. "And, then, by the '80s and '90s, we were starting to see -- whether it was Guatemalans, or Mexicans or others -- suffering often in the same farms in the American South picking tomatoes, cucumbers, onions. So, when I had a chance to work on a farm worker slavery case, I didn't shy away from it."

Farm work is just one occupation subject to super-exploitation. In August, the Southern Poverty Law Center (SPLC) filed new human trafficking lawsuits against Signal International LLC alleging that the shipbuilder and recruitment firm and its agents cheated foreign workers from South Asia out of their hard earned money. The lawsuits further allege that the guest workers assigned to Signal's shipyards in Pascagoula, Miss., and Orange, Texas, endured overcrowded and unsanitary conditions in racially segregated labor camps. The men were told that they had to pay back money that was used to "recruit" them, which amounted to tens of thousands of dollars. These individuals toiled for little or no compensation and, according to the SPLC, "they also were threatened with financial ruin and deportation if they balked".

Trafficked To The USA

In the wake of the Civil Rights Movement, there was a perception that the problem of slavery, of sharecropping, was a thing of the past and, quietly, the abusers were bringing in immigrants to replace the African American community.

About 18,000 people are trafficked to the U.S. each year, according to the State Department. What do they have in common? Most are indebted to smugglers and traffickers. According to the Polaris Project, a national anti-human trafficking group, victims have also been pressed to work in factories, nail salons, strip clubs, begging and peddling rings and as domestic workers -- for little or no money.

Matt Friedman , formerly of the United Nations Inter-Agency Project on Human Trafficking said those coercive conditions have always existed.
"To kind of engender people into the sex industry, or objectionable jobs like fisheries, or sweat shops and so forth -- that's never stopped," Friedman said.

In Boston, San Francisco, New York and other American cities, immigrants have found themselves working in restaurants. A kitchen is where an ambitious, middle-class 19-year-old woman from Fujian province in China ended up-- a long way from her dreams. I'll call her "Ming-Wei." This is one woman's story of labor trafficking.

Smuggled and Then Trafficked

Years ago, she stood in line at Bangkok's modern airport waiting to board a flight to the U.S., as I'm standing here now. "When I transferred Hong Kong to Thailand, they gave me a fake passport, but the picture is of myself," Ming-Wei said. 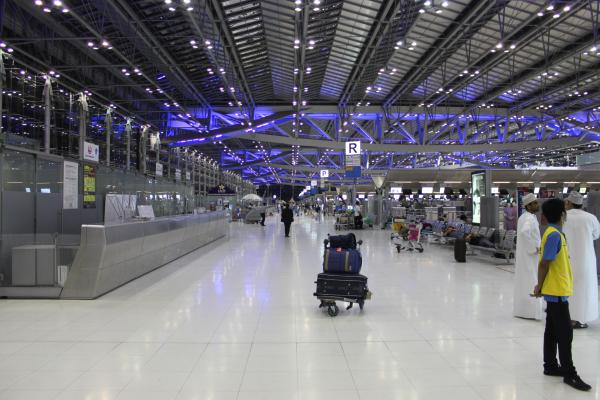 She entered into an agreement with a smuggler. To take you from China to the U.S., smugglers charge as much $75,000 per person. In Mexico, they're called coyotes. In East Asia, they're known as snakeheads. They help get you across rivers, under fences, over mountains and through deserts. But sometimes they just put you on a plane. Per the instructions of her snakehead, Ming-Wei pretended to be a citizen of Thailand and was provided a fake passport.
"Nothing information matched with me," Ming-Wei said. "But the only thing is the picture of me. But they trained me to look like the person. Actually, I'm Chinese." 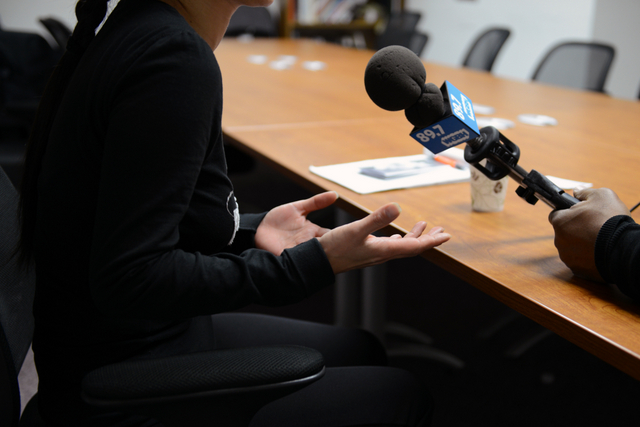 Once on board, both her Chinese passport and fake Thai papers were confiscated by the snakehead. She landed at JFK without documentation. Ming Wei, as instructed by the smuggler, then filed for political asylum based on religious persecution.
"They, the snakehead, told me [to claim asylum] because of religion, like I believed in Buddha or Jesus," Ming-Wei said. "Actually, I don't believe anything."

What she did believe was that she had arrived in a place where dreams come true.

"And you could live in a big house," she said. "You could buy your own car. You could buy a very nice good car, something like that, education, or a lot of beautiful things -- a good job."
Officials at the airport gave her a date to show up for an immigration hearing. And what happened after she cleared customs has been repeated for many trafficked immigrants arriving to America, according to the Polaris Project. Outside the international terminal, she was met by a driver, someone she didn't know. "I just followed him, stayed there for one night," she said.
That was in New York's Chinatown.

Indentured in a Chinese Restaurant

The next day she was driven to a restaurant in Pennsylvania. And then another restaurant, and then another: all belonging to the same wealthy Chinese family. Ming-Wei was told that she had to pay back the smuggler who brought her here from China via Bangkok; a cost of $8000 that quadrupled when room and board were later added.
"I can't ask [how much money I'm paid], I can't ask," she said. "I'm not allowed to ask. And I get whatever they pay me."

That often came to less than $100 per month, working in the restaurant from 8 a.m. to 1 a.m. the next morning, for two weeks straight and one day off. "The underground restaurant network is very amazing," said immigration attorney Lauren Burke. 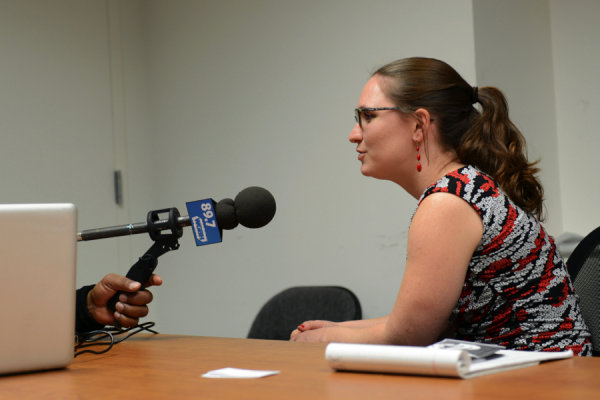 Burke manages the legal department at the New York Asian Women's Center, (NYAWC), the group Ming-Wei eventually turned to for help. She says many of the center's 600 clients they help annually are vulnerable to the extreme labor exploitation that forms the basis of human trafficking.

"There's a street in Chinatown called Eldridge Street and there's all these job agencies ... you go to one and they give you a ticket," she said. "And I have clients that are shipped to North Carolina, to Ohio, to Boston, to Florida, and they are working in these little side of the road buffet restaurants across the country." 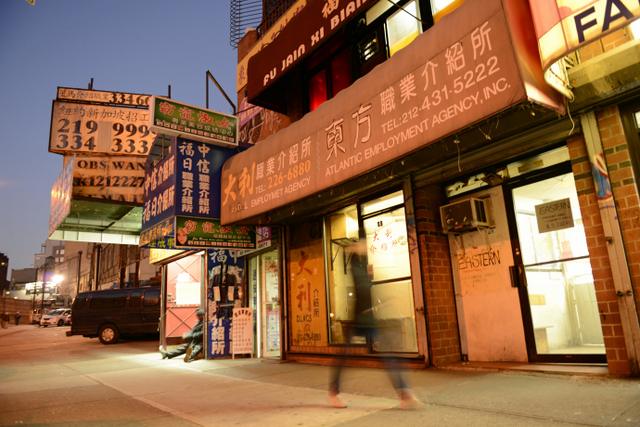 The distance between Boston and New York until recently was bridged by growing numbers of Chinatown-based bus companies. Two of those firms are currently out of commission pending mechanical and administrative improvements mandated by the federal government. But the companies in question may soon be back in business. Burke says the low fare carriers that are popular with Boston-area college students are also vehicles of choice for hustlers in the underground trade.

"There will be recruiters on the buses who look for young vulnerable kids and say, you know, you should work at this massage parlor," Burke said. "So I know that the recruiters do work on those routes." Burke says the budget buses were set up originally to ferry lowly paid workers between New York and Massachusetts before they were geared to the general public.

Massachusetts Attorney General Martha Coakley said she has seen scattered reports of domestic laborers held against their will or having their wages withheld.

"Women in other countries are told we'll provide transport for you to the United States, and once they get here they're told you owe us money for that," Coakley said. "And they will be put to work. Sometimes, it's in a factory or in a particular industry, and sometimes it's sex trafficking, but they are made to believe, you know, that they're going to have a job here, that they'll have a new life. But there's a little piece of the contract left out that you have to pay off your expenses, and it's really the whole idea of involuntary servitude that's the other side of labor trafficking that we worry about." 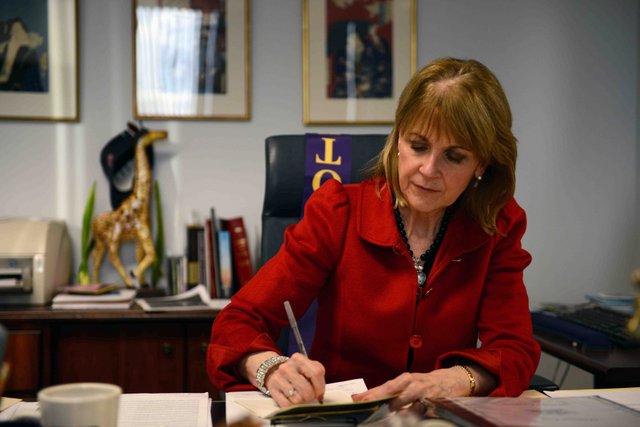 But proving it is difficult. And a report published last year by the Urban Institute and Northeastern University suggests why: a lack of law enforcement resources, legal guidance and cooperation from victims. But Burke said if what victims have experienced cannot be proven, she at least hopes that public awareness will put pressure on those who profit from exploited laborers.

"I have clients with cuts on their arms and have been burned by pans, and they sleep with bugs biting them all night long," she said. "If you are an employer who knows those are the conditions, and continue to pay somebody and use exploitation as a form of fear, I believe you're just as much culpable as any trafficker."

As for Ming-Wei, who arrived here from China via Bangkok at age 19, she is still working in the restaurant business at age 38, and still paying off debt to snakeheads and traffickers. Though she is safe, her family in China may not be. And she takes the threat of violence against them quite seriously.

Next: The ABOLITIONIST Fighting the Underground Trade