"If they go into Pattaya, it's not because Pattaya has nice beaches," said Somerville, MA., Police Chief Thomas Pasquarello. "It's because it has sex tourism."

Pasquarello should know. Before taking over as Somerville's police chief, he led the U.S. Drug Enforcement Agency in East Asia.

"I've been on plane flights going back and forth from the United States to Bangkok sitting with people who represent all walks, all professions, and they've gone there specifically for, as they call it, the 'sex tourism,'" he said.

If they go into Pattaya, it's not because Pattaya has nice beaches. It's because it has sex tourism. Somerville, MA., Police Chief Thomas Pasquarello.

Sex tourism is a multi-billion dollar business that experts with the United Nations Inter-Agency Project on Human Trafficking say is a major demand side of the underground trade. 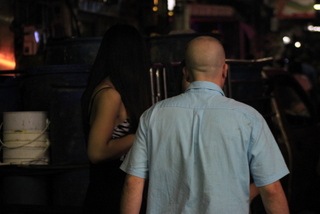 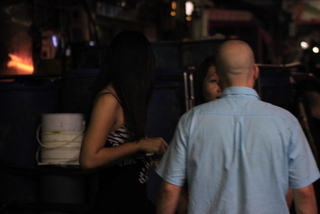 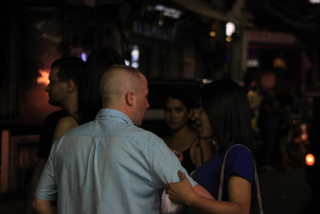 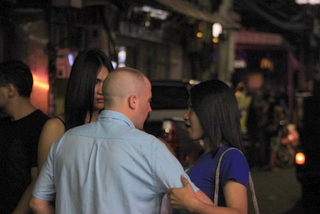 But Bangkok is not the only destination for sex tourists. Investigators believe that Brazil, the Dominican Republic and the Ukraine are all friendly havens for sex tourists. But why these countries? For one, while prostitution is illegal, police often look the other way. But there's something else at play in East Asia.

"Asian women have always been seen as exotic and that we are always ready or willing to please men," said Fran Gau. "Those are the stereotypes."

Gau helps lead the New York Asian Women's Center. It has saved hundreds of women forced into a life of sex or labor servitude. 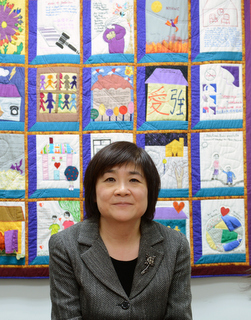 "If you wanted to say that Asian women are desirable, and that's why there's a demand, that's why traffickers go out and recruit and get a lot of Asian women, to fill the demands of U.S. men." Gau said.

I met one of these men in New York City. "When I was over there in Southeast Asia, the women were tremendous," he said. "Never a problem."

He was in Thailand most recently in 2005. He's a limo driver in Queens, whom we cannot identify. So we'll call him "Jim":

"Relationships here are always so complicated," Jim said. "But, over there, they're told and they're trained to serve. So, it's also that power that the man has, that he feels like he's the king. It's just pure sex. It's uncut."

And its exploitative, according to Melissa Farley, a San Francisco-based psychologist who has studied the intersection between human trafficking and prostitution.

VIETNAM, KOREA, OKINAWA AND THE AMERICAN MILITARY PRESENCE IN ASIA

Then there's the Vietnam War and the origins of sex tourism in Asia. 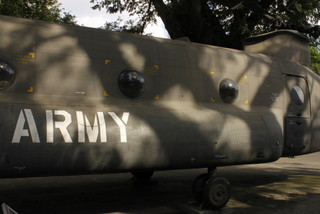 "There's basically a whole prostitution kind of industry set up to serve U.S. military personal at the time," said Kenneth Franzblau, who works for Equality Now, a New York-based women's human rights organization. "And so if you look at some of the Asian sex tour destinations, the very popular ones, they're places where there were former military bases."

That list of places includes the Philippines and Thailand. 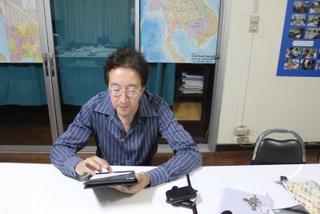 "A lot of this dates from the time of American troops in Asia, in the Philippines, in Vietnam, in Thailand," said Savasti. 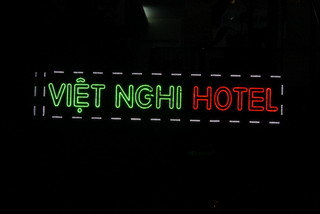 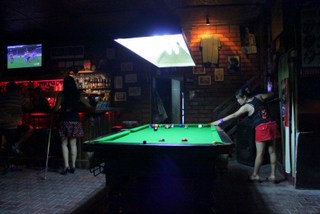 "This perception came up, this massive demand was put into these countries. Massive demands into countries which at the time did have rural poverty, few opportunities to find work. And this perception that this was a very lucrative and in most circumstances not that arduous. I I'm thinking of all these GI bars, girls from the Northeast. But then this whole thing of Southeast Asian sex worker became a stereotype."

But long after the war, it's not just American servicemen looking for a good time in these countries. It's also American tourists. 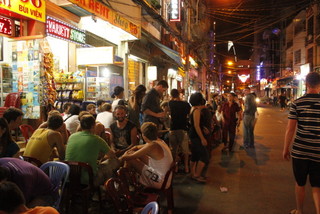 "It was obvious, beyond obvious what they were doing on these tours," Franzblau said.
Franzblau spent 17 years investigating Big Apple Oriental Tours. His information led to the nation's first lawsuit against an alleged sex tour operator. Company owners were tried and acquitted of promoting prostitution under New York law. But prosecutors continue to try to shut them down.

Big Apple owner Doug Allen refused to comment, but sent an email stating: "I do not believe I have broken any laws, but if I lose I will appeal as far up the ladder as possible, or until I win. This could be over this year or go on for a decade or more."

In the meantime, I'm boarding a flight to Bangkok, where just about every seat is occupied -- by men.

Next: One Town in Thailand