In a few days I leave for Greece as part of my study abroad program, a country you may have read about in the news lately. During this summer I followed the unfolding crisis in Greece closely, obviously because I am interested in the finite workings of European Union monetary policy but also because I was quite concerned that a little revolt and spiraling currency devaluation were going to ruin my whirlwind European tour.

The situation in Greece is complicated and confusing, but luckily J.R.R Tolkien and I are here to break it down for you.

Let us for a moment imagine Middle Earth/Europe during the Second Age/the 90s. An alliance is formed in order to strengthen the bonds of brotherhood between the free peoples of Middle Earth. In another time and place this might be known as, oh I don't know, the European Union.

Now obviously the economy of Middle Earth is based on magic, pipeweed, and manly love, but imagine for a moment that it is instead based on money, and every realm's economy is tied together.

Let us use the kingdom of Rohan to stand in for Greece, even though technically Rohan did not exist during the Second Age. For the sake of argument I am willing to overlook this. Rohan is doing just great, but trouble lies ahead... 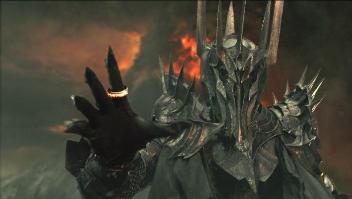 Darkness in the East

Time passes. Darkness festers, and suddenly Sauron, inheritor of the evil left behind by a vanquished Morgoth, rises to power in Mordor. Puts the financial recession of 2008 into perspective, amiright? Anyway, Middle Earth must unite to vanquish the forces of darkness/the Great Recession.

Now, maybe it would be better if the Rohirrim stayed home and played with their horses instead of going off to battle. Maybe Rohan doesn't need to fight. On the other hand, what if Rohan doesn't fight and Sauron defeats the alliance of men and elves, leading to a domino effect for the rest of Middle Earth?

But in order to fight, Rohan must take out a lot of loans. After pressure from Gondor (clearly Germany in this situation, notice the shared Anglo-Saxon heritage) and other realms, Rohan fights. Sauron is defeated, the Second Age ends, huzzah!

Sauron is Not Dead Yet

Rohan continues to carry a heavy load of debt that was probably never suited for its small economy of horse and human hair exports. 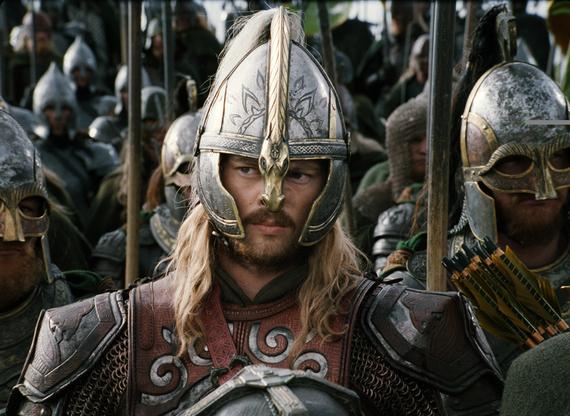 So long and luscious...

Now, there are many reasons for why this debt became uncontrollable, and who can say where the blame truly lies? Is it with the citizens who prefer to ride free over the grassy plains, unencumbered by taxes? The questionable advice of key government players like Grima Wormtongue? Gondor itself, which some believe had placed Rohan in this difficult position to begin with? The answer will no doubt be debated many ages from now, and is for wiser pens than mine to know.

Anyway, a shadowy yet powerful organization begins to exert pressure on King Theoden of Rohan to bend to its will -- yes, the wizard Saruman and his minions at Isengard, better known to us as the International Monetary Fund. 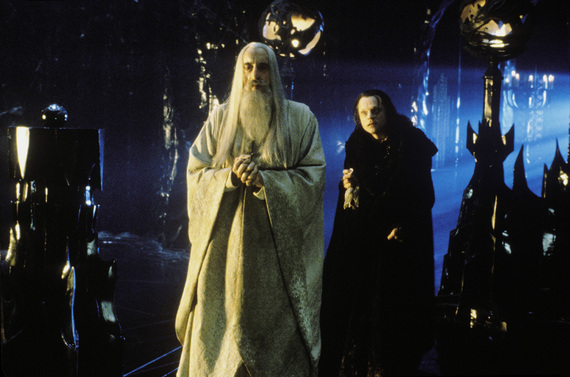 Shadowy yet powerful organization, hmm...could be describing these guys, the IMF, or FIFA.


The IMF/Saruman wants its money repaid, but this is impossible. As seen earlier, Greece/Rohan wants to default on its loans, but the rest of Middle Earth rises up in protest. If Rohan defaults, they fall to Saruman and his master, Sauron, and again the dreaded domino effect to total financial collapse threatened. 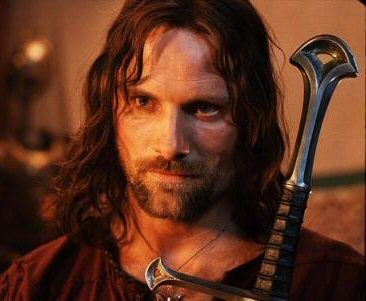 The true crisis arrived when Rohan voted (alright, alright, so there aren't any real democracies in Middle Earth) whether or not to leave Middle Earth and retreat into the forests of Mirkwood forever. After a tense vote, the Riders of the Mark chose to stay.

Now, there are still debates about how strict austerity measures should be and taxes and how to create new jobs, but that is the gist of what has happened this summer.
I am not trying to make light of the situation in Greece. In fact, I am more than a bit nervous to be traipsing around a country where most people there my age don't have jobs. Shake your fist and call me a dirty capitalist if you must. But I hope my readers learned a little something -- fiscal policy can be boring, but life in Middle Earth never is.

Note: This post has been adapted from the author's personal travel blog.