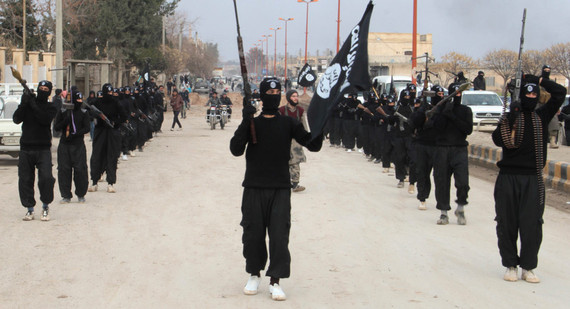 The rise of the Islamic State (IS) has fundamentally altered the reality of the contemporary Middle East. Part radical jihadists and part revolutionary government, IS, in the space of eighteen months, appears to have carved out a territorial domain comparable to that of Great Britain, with a population of over eight million people. Equally at home with cutting edge social media, while advocating a return to a more traditional Muslim society, it is rapidly transforming its domain into a twenty-first century reincarnation of a twelfth century Islamic caliphate.

In the process IS has morphed into a political entity never before seen -- partly a nation state, or at least a proto-nation state, and partly, a radical, Salafist inspired, jihadist movement -- committed to a revolutionary strategy of creating a new Islamic caliphate in the historic lands of the Muslim Arab Empires of the ninth to the thirteenth century. This new caliphate, stretching from the Iberian Peninsula to the Indian subcontinent, is but a first step toward its declared strategy of a worldwide conquest that will ultimately lead to the Islamization of the globe. 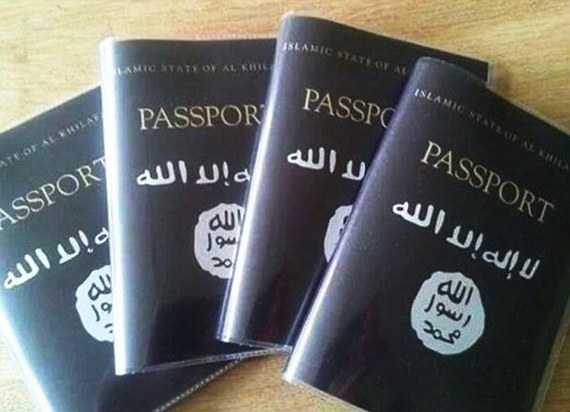 It has amassed billions of dollars in assets and, what appears, at least on paper, to be a well armed, formidable army. In the process, not only has it plunged both Syria and Iraq into civil war, but has made them the epicenter of a broader Sunni-Shia rivalry that threatens to plunge the Muslim world into a global conflict. Its unspeakable brutality, its genocidal policies, and its murderous record are unmatched by any regime since Pol Pot or Nazi Germany. Its rise has upended the traditional politics of the Middle East, creating tensions between long standing allies while making reluctant, if not surreptitious, collaborators of longstanding rivals like the United States and Iran.

What exactly is the Islamic State? One possible definition is that it is in fact a new nation state; one that incorporates portions of Iraq and Syria. It has a capital, Raqqa, and it behaves like any other newly emerging country. It issues passports, prints its own currency and has an army. It provides government and administrative services over the territory it controls, albeit not always very efficiently. It does not have a diplomatic service in the conventional sense, no embassies, no ambassadors, although it does have approximately two-dozen "franchises" or affiliated jihadist movements around the world. 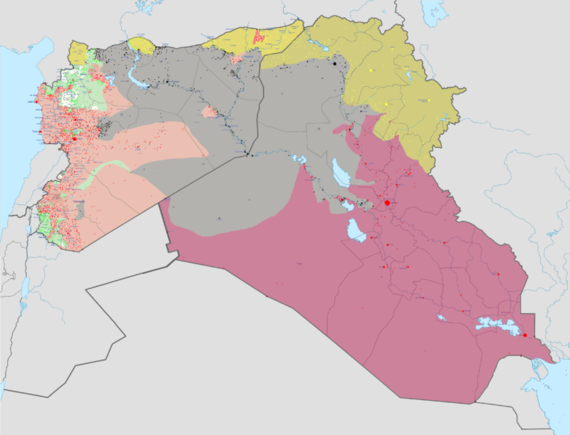 Geographic Boundaries of Islamic State as of May 1, 2015

As a new or "proto-nation" state it controls an area of approximately 80,000 square miles with a theoretical population of seven to eight million people. I say theoretical, because a significant number of those "citizens" are refugees and have been displaced. It is unclear how many still reside in the geographic area controlled by Islamic State.

An alternative definition is to see Islamic State as little more than a collection of two-dozen or so urban centers and the roads that connect them. Viewed in this way, IS appears to be less of a nation state, even an incipient one, and more of an extended, particularly virulent urban insurgency. In this case, Islamic State has a tenuous control over a territory of less than 10,000 square miles with a population, at most, of three to four million people. 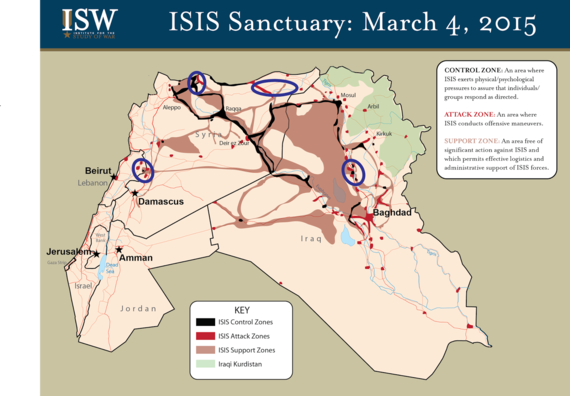 The main difference between the two visualizations of Islamic State is that in the second case, large portions of territory consisting primarily of the Syrian Desert are excluded. The key to controlling this area is control of the roads that bisect it. By controlling the major cities and towns in the region, IS controls access to the road network and the key road junctions. This control prevents the Iraqi government from projecting military force or its political authority into this sector. The Syrian Desert is relatively flat and stony but it is bisected by deep wadis that make it problematic for the off road use by wheeled vehicles. The preponderance of U.S. airpower over the Syrian Desert means that notwithstanding its control of the road network in the region, Islamic State is constrained from moving men and equipment through the desert. The result is that the desert region is a sort of no man's land. Neither Baghdad nor Islamic State can consistently project their military power into the region very effectively.

A third option is to see Islamic State as the core of a new Islamic empire that it believes will stretch from the Iberian Peninsula to Sir Lanka by 2020. The map below made quite a splash when it was released in 2014. A close scrutiny, however, reveals a number of anomalous features. 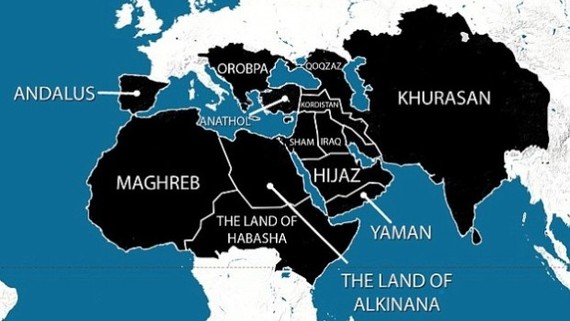 Islamic State's Projection of Its Territory by 2020

Sicily and Malta, both part of the Fatimid Empire during the ninth and tenth centuries are excluded from this new Islamic Empire. Galicia in northwest Spain, the only Christian kingdom to have escaped conquest by the Moors as a result of its victory at the battle of Covadonga in 722 is, however, included. On the other side of Europe, Vienna, which twice successfully resisted sieges by the Ottoman Turks in 1529 and 1683, is also included. I guess the third time is the charm.

A broad area of central Africa, from the Gulf of Guinea to the Indian Ocean is included. This is a region that is culturally Islamic, although not exclusively so, and which was never incorporated into the historic Arab Muslim empires. Tanzania and the Comoros, however, both overwhelmingly culturally Islamic, are excluded.

South India and Sri Lanka are included, even though these regions exhibit only residual Islamic cultural influences, notwithstanding the fact that South India did produce some Muslim kingdoms from the thirteenth through the fifteenth centuries, and were never part of any of the Arab Muslim empires. Indonesia, the world's most populous Islamic State, Malaysia, and the Thai portions of the Malay Peninsula, all regions that exhibit broad, strong Islamic cultural influences are not included.

For a movement that sees itself as the leading edge of the revival of Islamic power and glory in the world, the map seems to have been designed by someone remarkably ignorant of Islamic history. Perhaps it is less an example of strategic intent and more a PR stunt designed to rattle the world's cage.

Either way, it underscores the fact that Islamic State does not fit into any neat pigeon holes. It may be a proto-nation or even the core of a new proto-empire. It is certainly more than just a militant jihadist movement. It is a complex, multifaceted phenomenon which is still not entirely understood and whose impact on the world is still evolving.