Chunyun (春运) -- this most elegant word pairing refers to the largest migration of human beings on the planet. For Chinese New Year, also known as Chunjie, or the Spring Festival, an estimated 230 million people are taking the train home this year. That's nearly the population of all of Indonesia (240 million), crisscrossing the country to be with family for the turning of the lunar calendar.

Much is said about China's rapidly urbanizing, mobile population, as an estimated hundreds of millions of people have moved to cities large and small. These figures can be difficult to wrap your head around, especially if, like me, you're an outsider new to the country.

But then I saw what felt like all of Beijing empty out. The highways and ring roads, normally more clogged than the 405 on a weekday afternoon, look as lonely as Route 66 in the middle of the US. Expat neighborhoods like Sanlitun felt more like Europe, with the large number of Chinese New Year orphans gathering together for companionship. Chunyun began in earnest.

After dropping off a friend of mine at the airport for her own personal chunyun to Hong Kong, I took Beijing's elevated Airport Express back into the city. Here are a few photos from the morning of February 2nd, or Chinese New Year's Eve before the Year of the Rabbit.

Originally from Los Angeles and Manila, artist and designer An Xiao Mina is currently based in Beijing. She blogs regularly at http://www.anxiaostudio.com.

Chunyun Beijing: What The World's Largest Annual Human Migration Looks Like
The Scale of Chinese New Year: Overlooking Beijing from the Airport Express 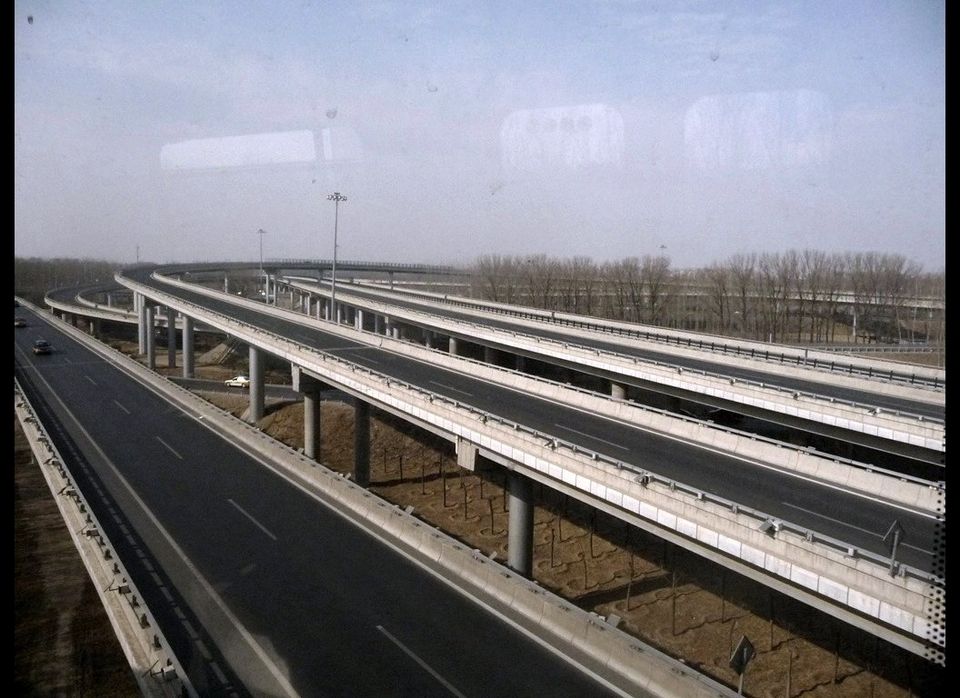