Ten years ago, I directed Street Fight, a documentary that followed the rough-and-tumble political campaign of a young unknown city councilman named Cory Booker (today a U.S. Senator and potential VP pick for Hillary) running for Mayor of Newark, N.J. For months I followed Booker and his opponent, Sharpe James, the rascally head of Newark's political machine. But it wasn't until the film was nominated for an Academy Award and I went out on my first serious press tour that I really understood what politicians went through on the campaign trail.

Day after day, for hours, I'd talk with reporters, answering the same questions over and over with the same talking points, trying to seem engaged and fresh. I would start an anecdote and then catch myself, wondering whether I had just said the same thing to the same reporter two minutes earlier. Or whether it was the previous reporter, fifteen minutes earlier. Or the reporter before that.

It was hard to do without feeling like a complete phony, but I understood that it's part of the job if you want people to see your films. Sometimes I was overcome by a desire to go off script, but whenever I did, with my brain tired and stressed, I almost always ended up saying something incoherent or stupid.

I thought about that experience as I watched Josh Kriegman and Elyse Steinberg's terrific new documentary, Weiner, which chronicles Anthony Weiner's disastrous campaign for mayor of New York. It's a startlingly candid film that takes audiences past the politician's carefully scripted talking points and reveals the flawed human being who lurks inside.

Weiner, you may remember, was the hard-brawling liberal from New York who was exposed (literally) in a sexting scandal that fed tabloids and late night comedy routines for months. After resigning from Congress and spending time in the political wilderness, he decided to rehabilitate his reputation with a run for mayor of New York City. He beat back the skeptics, building support and rising in the polls, but when a new sexting allegation hit, it all came crashing down again.

The film is a dramatic roller coaster ride -- intimate, funny, fascinating, and stomach churning. It is a marvel of access and, arguably, recklessness.

One of the most challenging things about making any documentary is getting people to relax around a camera and share their true inner selves. This challenge is even greater when the subject of the film is a professional politician whose livelihood depends on being perceived as impossibly, unnaturally flawless.

When I pitched Cory Booker to let me document his campaign, his most experienced staff balked. They told him it was crazy to allow a camera into private meetings, into his home and his car, without having any control over how it would be edited or released. But Booker overrode them and took a chance. In the end, it was probably a good decision. The film includes things that Booker wouldn't have included if he had controlled the editing: there are unflattering arguments with his staff, a strip club scandal that entangles his Chief of Staff, and other bumps, bruises and failures. But Booker's essential decency shows through.

Anthony Weiner wasn't so lucky. When his campaign implodes we see him struggle to get his story straight, without any apparent regard for what's true. His staff abandons him. He is insulted in the streets and on live television (Lawrence O'Donnell begins one interview by simply asking over and over, "What is wrong with you?"). Weiner is stalked by the woman who exposed his texts, and to avoid her he is forced to sneak into his own event through the back door of a McDonald's. And most painful of all, his wife, Huma Abedin, a top aide to Hillary Clinton, has to face the humiliation of having their marriage publicly mocked all over again.

When the directors of this film were forced to pick between their allegiance to the man who had given them incredible access or to the audience who expected an honest complex film, they picked the audience.

But I couldn't stop wondering why Weiner allowed them to film what they did. Presumably he had given the filmmakers access at the beginning of his campaign because he wanted a record of his back-from-the-ashes election. He hoped that the race--and the film--would cleanse his past and launch his political future. He is a smart, articulate and energetic politician, and as D.A. Pennebaker (whose film The War Room is the touchstone for all political documentaries) said: If you find someone who is good at something "and he knows he's good at it, they kind of want to have that memorialized." 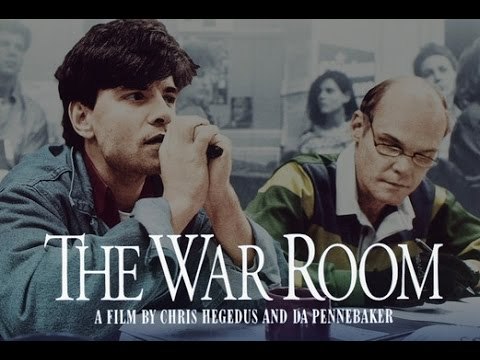 But why did Weiner continue to give the filmmakers access, even after it was clear that all was lost? At one point late in the film, you hear one of the filmmakers ask, "Why are you letting me make this?" But Weiner doesn't answer.

Was he desperately hoping for another twist that would turn the defeat into a victory? Did he think the filmmakers (one of whom had been his Chief of Staff years before) would leave embarrassing footage on the cutting room floor? Was he addicted to the camera in some strange way? Or was there simply a reckless streak in him - the same streak that led him to send sexual texts to a stranger?

Perhaps after spending so many years on message, hiding his secrets and spouting scripted talking points, he just decided that he didn't want to hide anymore. Al Maysles, one of the cinematographers on another political documentary, Primary, which followed the 1960 battle between Kennedy and Humphrey, used to say that people have a desire to conceal and a desire to reveal. But the desire to reveal is always stronger.

(Originally published at The Talkhouse)