(Jack Shafer is a Reuters columnist but his opinions are his own.)

Those chants were heard this week, as it was revealed that Department of Justice prosecutors had seized two months' worth of records from 20 office, home and cell phone lines used by Associated Press journalists in their investigation into the Yemen underwear-bomber leaks.

First Amendment radicals - I count myself among them - resist any and all such intrusions: You can't very well have a free press if every unpublished act of journalism can be co-opted by cops, prosecutors and defense attorneys.

First Amendment attorney Floyd Abrams speaks for most journalists when he denounces the "breathtaking scope" of the AP subpoenas. But the press's reflexive protests can prevent it from seeing the story in full, which I think is the case in the current leaks investigation.

(Disclosure: About 50 news organizations, including my employer, Reuters, sent a letter to Attorney General Eric Holder objecting to the subpoenas.)

The Obama administration has already used the Espionage Act to prosecute more government officials for leaking than all of his predecessors put together, but we shouldn't automatically lump its pursuit of the underwear-bomb leaker in with those cases. Perhaps this investigation is chasing an extra-extraordinary leak, and the underwear-bomber leak is but one of the drops.

The AP story that has so infuriated the government described the breakup of an al Qaeda in the Arabian Peninsula plot to place an underwear bomber on board a U.S.-bound airliner.

Published on the afternoon of May 7, 2012, the story patted itself on the back for having heeded the White House and CIA requests to not publish the previous week, when the AP first learned of the operation. The AP states in the article that it published only after being told by "officials" that the original "concerns were allayed."

In a chronology published in today's Washington Post, we're told that the CIA was no longer resisting publication of the AP story on the day it hit the wire (Monday) and that the White House was planning to "announce the successful counterterrorism operation that Tuesday."

That may be the case, but the government was still incensed by the leak. In fact, it appears that officials were livid. As my Reuters colleagues Mark Hosenball and Tabassum Zakaria reported last night, the government found the leak so threatening that it opened a leak investigation before the AP ran its story.

Now, what would make the Obama administration so furious? My guess is it wasn't the substance of the AP story that has exasperated the government but that the AP found a source or sources that spilled information about an ongoing intelligence operation and that even grander leaks might surge into the press corps' rain barrels.

At the risk of making the Department of Justice's argument for it, a leak once sprung can turn into a gusher as the original leakers keep talking and new ones join them, or as the government attempts to explain itself, or as others in the government begin to speak out of turn. From what I can tell, all of the above happened after the AP story appeared.

As Reuters reported a week and a half after the AP scoop, the White House sought to spin the AP story immediately after its publication.

I don't mean to suggest that Clarke "leaked" sensitive information from the Brennan conference call. Rather, he repeated what he was told about the operation. And once he started talking, his comments widened the AP's rivulet into a 10-inch water main. On the May 7, 2012, edition of World News Tonight With Diane Sawyer, Clarke said:

"The U.S. government is saying [the bombing plot] never came close because they had insider information, insider control."

That was new news. The AP story said nothing about an insider, an infiltrator or a double agent.

The May 7 Nightline ran a slightly longer clip of Clarke in which he said:

"The U.S. government is saying it never came close because they had insider information, insider control, which implies that they had somebody on the inside who wasn't going to let it happen."

"Insider information." "Insider control." "Somebody on the inside." Gee, you don't suppose Clarke was implying that the U.S. had infiltrated al Qaeda to stymie the underwear-bomb plot, do you?

Clarke had more to say the next morning, on a May 8, 2012, Good Morning America appearance:

And in his May 8, 2012, World News Tonight With Diane Sawyer, appearance, Clarke said:

"It's quite an accomplishment to be able to pass yourself off as an al Qaeda terrorist to the terrorists when, in fact, you're working for a U.S. or allied intelligence agency."

Clarke wasn't the only one expanding the AP's original story, which was mute about infiltration or double agents or the participation of another intelligence agency.

On the morning of May 8, 2012, Representative Peter King (R-N.Y.), a member of the House Permanent Select Committee on Intelligence, shared what the Obama administration was telling him on Soledad O'Brien's morning CNN, much in the way Clarke had shared. Here's their exchange:

O'BRIEN: "There was a drone attack that was able to kill Fahd Mohammed Ahmed al-Quso. Are these two things linked? The drone attack over the weekend that was by U.S. accounts successful, and foiling this plot?"

KING: "Yes, I was told by the White House they are connected, they're part of the same operation, and that's why I said this operation is still ongoing."

Fahd al-Quso - of whom O'Brien and King speak - had a $5 million U.S. bounty on his head and was on the FBI's Ten Most Wanted Terrorists list for, among other things, his role in the bombing of the USS Cole - was killed in a May 6 CIA drone strike in Yemen's Shabwa province.

Although the killing of al-Quso was mentioned in the AP story, it made no connection between the foiled plot and al-Quso's death.

But now thanks to Clarke, who was briefed by White House aide Brennan, and King, who also claims to have been briefed by the White House, the world learned that the underwear bomber plot had been undone by a double agent inside al Qaeda in the Arabian Peninsula.

The press advanced the story.

The Los Angeles Times ("Al Qaeda bomb plot foiled by double agent," May 9) claimed that the double agent who handed off the underwear bomb to authorities was working in cooperation with Saudi Arabia's intelligence agency.

The New York Times ("Airline Plotter A Double Agent, U.S. Officials Say," May 9, published on the Web May 8) similarly claimed that the double agent "was actually an intelligence agent for Saudi Arabia" and "operated in Yemen with the full knowledge of the CIA but not under its direct supervision, the officials said."

NBC News ("Spy who uncovered underwear bomb plot is British national, sources say," May 10) maintained that the double agent held a British passport and that multiple "security services" had participated in the operation, including that of Saudi Arabia.

The Telegraph ("British secret agent was al-Qaeda mole who cracked new 'underpants' bomb plot," May 10) reported that the double agent was recruited by MI5 and MI6, and worked with the Saudis on the operation.

Echoing King's comments on CNN, the New York Times, NBC News, the Telegraph and the Los Angeles Times reported that the double agent (or the double-agent operation) had helped the CIA's drone find and kill Al-Quso.

What not for the U.S. government to like here?

To begin with, the perpetrators of a successful double-agent operation against al Qaeda in the Arabian Peninsula would not want to brag about their coup for years.

Presumably, al Qaeda in the Arabian Peninsula will now use the press reports to walk the dog back to determine whose misplaced trust allowed the agent to penetrate it. That will make the next operation more difficult. Other intelligence operations - and we can assume they are up and running - may also become compromised as the press reports give al Qaeda in the Arabian Peninsula new clues.

Likewise, the next time the CIA or foreign intelligence agency tries to recruit a double agent, the candidate will judge his handlers wretched secret keepers, regard the assignment a death mission and seek employment elsewhere.

Last, the leaks of information - including those from the lips of Brennan, Clarke and King - signal to potential allies that America can't be trusted with secrets. "Leaks related to national security can put people at risk," as Obama put it today in a news conference.

The ultimate audience for the leaks investigation may not be domestic but foreign. Obviously, the government wants to root out the secretspillers. But a country can't expect foreign intelligence agencies to cooperate if it blows cover of such an operation.

I'd wager that the investigations have only begun.

(Jack Shafer is a Reuters columnist covering the press and politics.) (Jack Shafer)

PHOTO GALLERY
Jay Carney And Eric Holder vs. The Media

Why The Underwear-Bomber Leak Infuriated The Obama Administration
Jay Carney And Eric Holder vs. The Media 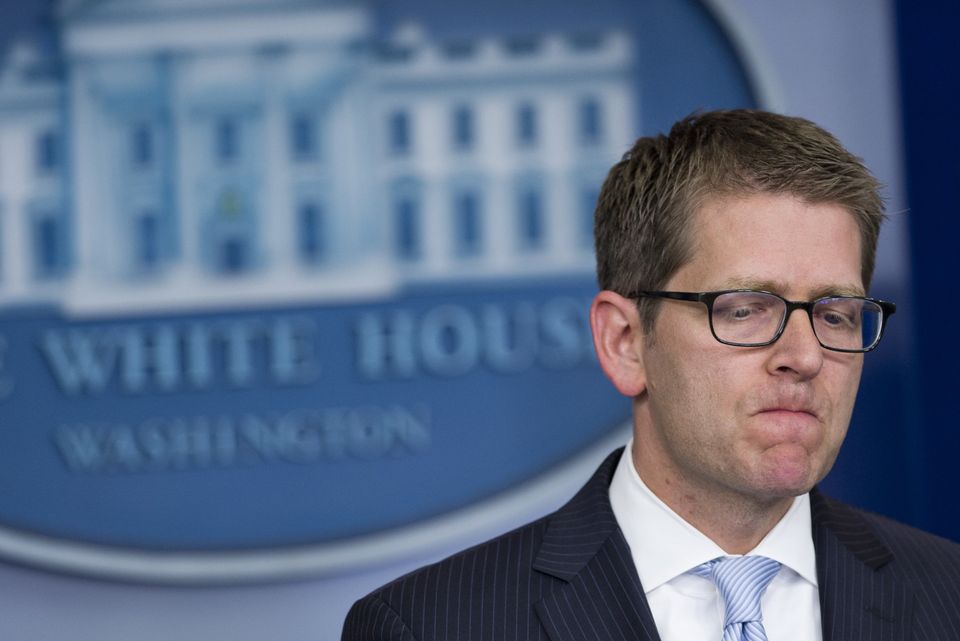