Having now defaced the honor of 27 past presidents I must reveal "who is left?" and "how the photogenic executives line up with these unelectable twenty-seven presidents and vice-versa?"

I will not include any living presidents in this estimation. This leaves a pageant of James Monroe, William Henry Harrison, Franklin Pierce, William McKinley, Warren G. Harding, Herbert Hoover, Dwight D. Eisenhower, John F. Kennedy, Lyndon B. Johnson, Richard Nixon and Ronald Reagan. (Some of these are arguably unelectable today either because of age, hair, or scalp rather, or affairs.)

Of these eleven, Harrison, Pierce, Harding, Hoover, and Nixon are considered among the worst presidents. Johnson and Reagan go from "great" to "near-disaster" depending on who you ask. Kennedy, McKinley and Monroe are only above average on most academic polls. This leaves only Eisenhower, generally ranked in the top 10, as an elite level past-president that could be elected in our appearance-driven 21st century. The rest of the elite are sadly in my slideshows. 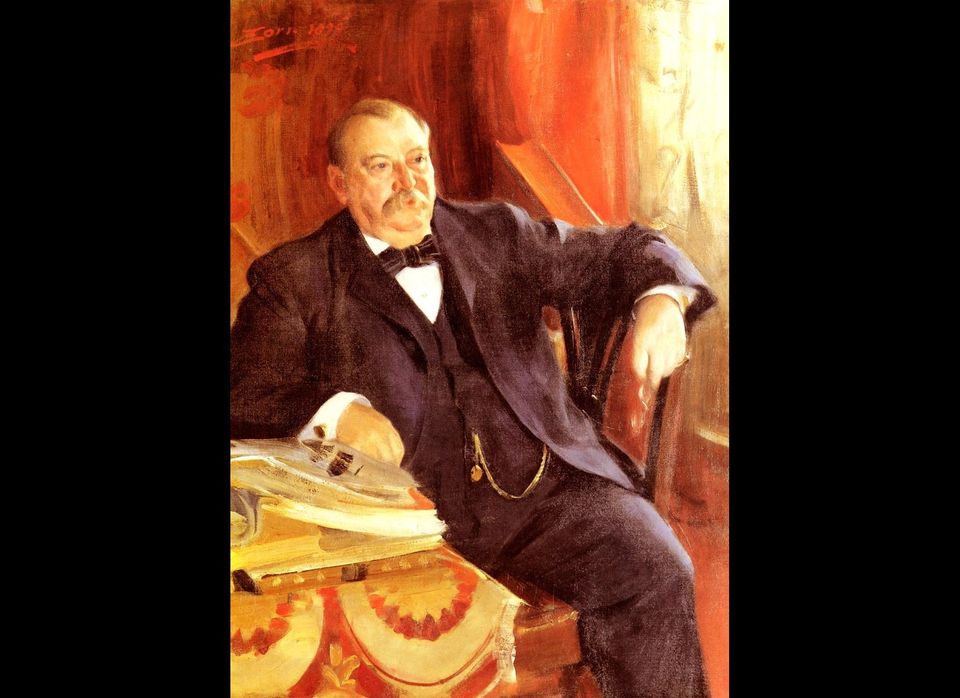 1 / 9
Grover Cleveland (22nd and 24th President)
"Non-Consecutive Term Man" looked like a walrus and fathered a <a href="http://texasliberal.wordpress.com/2008/08/09/grover-cleveland-survived-love-child-scandal/" target="_hplink">child out of wedlock</a>. Additionally, he was a bachelor when he went into office. Eventually, he <a href="http://www.historynet.com/images/pod-0602.jpg" target="_hplink">married a twenty-one year old woman</a> during his 1st-term.