PHOENIXVILLE, Pa. -- Charlie Walker was working from home one day last January when he got a call from his manager, who had already assembled several other senior employees in his office.

"I can't remember exactly how he said it -- change of business conditions or whatever else -- long story short: you're out of here," Walker, 55, said in an interview. He'd worked for the business-to-business publisher for 11 years. "Everyone else was in the office because they were able to pull them in. I got laid off by phone."

He didn't know how to react. His 6-year-old daughter, Emmalee, had been playing with dolls on the floor of their two-story home in this Philadelphia suburb while her father got fired.

"I hang up the phone and I look at her and say -- she doesn't know these things -- and I said, 'I just lost my job,'" he said. He immediately wished he hadn't burdened his daughter.

The next thing he did was call his wife, Andrea, so they could begin downscaling their lifestyle. No more restaurants, no new winter coat, no more zero balance on the credit cards. Since then, between her job with a local government agency that serves senior citizens and his roughly $300 per week in unemployment benefits, they've been able to juggle their expenses.

"The unemployment wasn't that much, but it made the difference," Andrea Walker said.

The benefits are at an end. Congress skipped town for the holidays without reauthorizing federal unemployment insurance, which is available to workers after they use up the usual six months of benefits provided by states -- which Charlie Walker has done. Next Saturday, he will be among more than 1 million workers whose federal benefits prematurely expire.

Democrats have made a lot of noise about reinstating the benefits in January, but Republicans have been quiet. It's unclear whether proposals to reauthorize the compensation for a year, or even just three months, will win enough support to pass when Congress reconvenes.

A reauthorization would give the Walkers at least another couple months of help. Jobless workers in Pennsylvania have been eligible for 63 weeks of combined state and federal assistance. Charlie Walker is one of 73,330 Pennsylvanians whose economic lifeline will stop short.

"It was the difference between making it and not making it," Walker said. "It wasn't enough to pay all the bills, but it was enough to make it."

At first, little Emmalee didn't understand what it meant that her dad had lost his job. "She thought maybe I'd misplaced it," he said. But eventually, as her father's jobless spell dragged through spring and into a summer, during which they couldn't afford to fix their broken air conditioning system, Emmalee began to grasp the meaning of unemployment. After Halloween, as the holiday season approached, she asked her father what it would mean for her.

"She looked up at me and said, 'Daddy, are we still going to have Christmas this year?' Talk about taking your heart out and stomping on it."

It's a heartstomper that shows the agonizing process of transforming from someone who just got laid off into someone who economists recognize as one of the "long-term unemployed" -- people out of work at least a half-year. There were more than 4 million Americans who had crossed the six-month mark as of November, and more than 1 million were jobless longer than 99 weeks. In the past half-century, no other recession has had so much prolonged joblessness.

Studies have shown that the longer someone is out of work, the less likely they are to get hired. Walker is keenly aware that some employers just don't want to hire people who seem unwanted.

"The more I read about people in my situation -- middle-aged, liberal arts [background], out of work more than six months -- the odds of someone who meets those demographics coming up with a traditional 9-to-5 office job are miniscule," he said.

But he is a man willing to adapt. He's sought liberal-artsy writing jobs, but also stuff way beneath his pay grade, including some non-managerial positions with Barnes & Noble. In August, he said he had a temporary position editing a website for Temple University. He's continuing to seek a regular office job, but takes contract work when he can, figuring entrepreneurship might be unemployment's only escape.

When he neared the six-month mark of joblessness, his wife suggested he cut his ponytail and shave his soul patch. He resisted, arguing people should accept the fact that he likes the Grateful Dead. But just like he did when he quit smoking so that Andrea would marry him, just like when he went vegetarian for the good of his heart, he did what he had to do.

"It's a small price to pay for employment," Walker said.

Nevertheless, it's hard to cope with the indignity of prolonged joblessness. Walker said he put himself through college by working nights at a newspaper copy desk, and he's unused to this kind of struggle.

"I've always been proud of that and now that sense of self-worth isn't there," he said. "Not only that, but the rejection that has come with it. Andrea cautions me. After an interview I will be so sky-high because it went so well. And now she has seen me enough times go down in flames and she tells me."

"But I do. I work so hard for the interviews."

"He gets so excited, [saying] 'This is the one!' And he starts making dreams, like we're gonna do this and this when I get the job."

Charlie Walker isn't the only one forced to take the occasional cold shower. The Walkers' water heater has been on the fritz since last week. Instead of paying the utility company to come and replace it, Walker is going to buy one from Home Depot and put it in himself. His dad is going to help.

They're gonna have Christmas, too. Even though they have no way to know whether Walker will get a job or will have any income from unemployment insurance next year, the Walkers deemed Christmas a necessity for their daughter. That's what Charlie Walker told Emmalee when she asked if Christmas would be canceled.

"There is nothing that would stop Christmas," he said.

This story is part of a Huffington Post series profiling Americans who work hard and yet still struggle to make ends meet. Learn more about other individuals' experiences here. 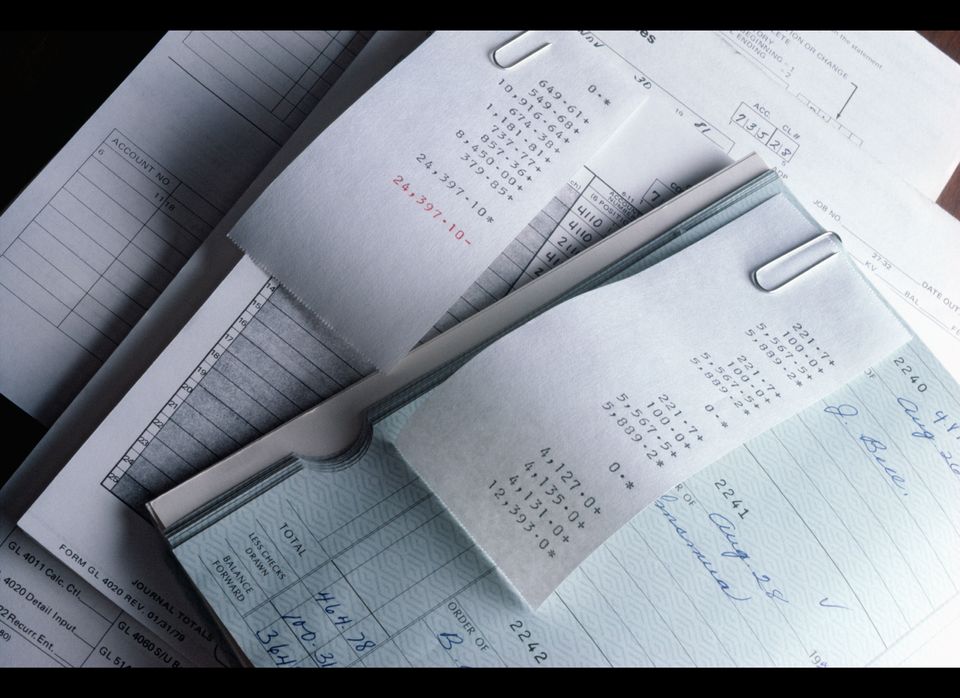 1 / 7
Payroll Tax Cut
At the center of <a href="https://www.huffpost.com/entry/boehner-obama-gop-jobs-plan_n_1009991" target="_hplink">President Obama's 2011 jobs bill</a> is the proposal to extend and expand the payroll tax cut. The current cut, which lowered payroll taxes from 6.2 percent to 4.2 percent for salaries up to $106,000, expires at the end of this year.  Though the president's jobs bill failed to pass the Senate this October, extending the payroll tax relief has garnered approval from GOP politicians in the past. A 2010 bill extending Bush administration tax cuts, which passed with bipartisan support, included a provision for a payroll tax credit. In a <a href="http://hatch.senate.gov/public/index.cfm/releases?ID=0140aded-1b78-be3e-e0fe-71216ad84ac6" target="_hplink">press release</a> announcing the legislation, Sen. Orrin Hatch (R-Utah) praised the provision as a "reasonable" and "conservative" way to get the economy going. "The payroll tax cut that is the center piece of this bill is a targeted, reasonable way to get employers hiring again," said Hatch in the release. "This is a conservative approach to help put our economy back on track through tax relief not more government spending."  Hatch, an original sponsor of the measure, told HuffPost he's now undecided as to whether continue backing it, echoing a position now held by the bulk of his party, including <a href="https://www.huffpost.com/entry/paul-ryan-tax-increases-middle-class_n_968408" target="_hplink">Herman Cain and Paul Ryan.</a> Senate Minority Leader Mitch McConnel (R-Ky) said a payroll tax suspension was floated during a GOP discussion in 2009 as a possible alternative to stimulus. "It would put a lot of money back in the hands of businesses and in the hands of individuals," McConnell said, <a href="http://www.usnews.com/news/stimulus/articles/2009/01/13/obama-democrats-reshape-tax-relief-measures-in-stimulus-package" target="_hplink">according to <em>U.S. News</em></a>. "Republicans, generally speaking, from Maine to Mississippi, like tax relief." Last month House Majority Leader Eric Cantor implied his support, describing the tax cut as "something I supported in the past" and "will be part of the discussions ongoing," <a href="http://www.bloomberg.com/news/2011-09-07/cantor-leaves-door-open-to-supporting-obama-payroll-tax-cut-extension-plan.html" target="_hplink"><em>Bloomberg</em> reported</a>. Cantor expressed a willingness to put aside partisan differences in order to create jobs, but added, there are "better ways to focus on small-business growth."
Alamy