"Imagine that, a 44-year-old man crying while watching TV," he said. He had watched the vote on C-SPAN 2. A day later, his cable provider cut him off because he hadn't paid the bill.

Holton is one of the 1.7 million long-term unemployed people missing out on federal benefits because Congress stopped providing them in December. Six years ago, he was making $85,000 per year at his job in tech sales. Today, the seams of his life are fraying.

He applied for food stamps and broke his contract with Verizon to get a cheaper, pay-as-you-go phone. His electrical company nearly cut him off before a friend helped him make the minimum payment. His Internet remains connected, but that's the next to go. Filling up his gas tank would be impossible if not for the gift certificates he's gotten from friends. He's borrowed money from his parents to stay afloat, but he shudders at how dire his financial situation may eventually get.

"It is probably an inevitability that I will have to file for bankruptcy just to get out of it all," he said.

The economic ripple effects of the lapse in unemployment insurance are already being felt. Across the country, people who counted on the federal government to keep them afloat until the next job materialized are cutting back on things like utilities and food. A depressing sense that this is the new normal has begun to set in. 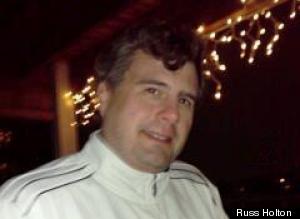 A registered Republican who says he votes "libertarian," Holton has found the experience "maddening." After being laid off in June 2013, Holton, who lives in Mason, Ohio, exhausted his six months' worth of state unemployment benefits, and only received a few weeks of federal insurance before it expired on Dec. 28.

Holton is taking classes to become a network administrator, and he got some part-time work doing housing maintenance. But he's only making $240 a week, significantly less than the $385 he would have received weekly in unemployment benefits. Recently, he has begun contemplating a move to China, convinced that he would be better off there teaching English to foreigners.

"I just want someone to have a freaking heart," he said, referring to members of Congress. "They are going home to a house where all the utilities are paid for, and we are here struggling."

The longer Holton and others go without income, the harder their lives get. And yet, there is little evidence that their stories have encouraged members of Congress to find a resolution. Senate Republicans remain staunchly opposed to a pending bill that would extend the benefits for three months, even though the bill's cost is offset. While Democrats and White House officials have pledged to keep up the pressure, there is a growing sense of defeat in their tone.

"I can't handicap the legislative possibilities of this, but it is the right thing to do," said Gene Sperling, President Barack Obama's top economic adviser. "I think it is inexcusable that it has been blocked, and I think it is particularly inexcusable that when we worked to find the offsets that Republicans asked for, they didn't accept them."

The Huffington Post reached out to numerous long-term unemployed people who, like Holton, were receiving federal insurance until they were abruptly cut off. They all told similar stories of penny-pinching, depression and immense frustration with the political process.

Mary Lowe of Ironton, Ohio, lost her job as a restaurant manager last February. At the age of 43, she has been turned down by potential employers who have told her she's "overqualified."

"It's not like I'm holding out for that $15-per-hour job," she said. "I've applied to everything from restaurants to call centers to secretary."

Last December, congressional Democrats asked Lowe to help illustrate the importance of the benefits on a conference call with reporters. Lowe grew emotional as she spoke, explaining that her husband's music business had fallen off even before she lost her job. Two weeks before the call, she said, her husband suffered a stroke.

Rep. Rosa DeLauro (D-Conn.) one of the lawmakers on the call, audibly reacted to Lowe's story. "Oh god," DeLauro said.

Since then, Lowe's become exasperated as she's followed Congress' debate over the benefits. Last week, she wrote one of her senators, Rob Portman (R-Ohio), to ask why he voted against restoring the insurance. In an automatic email response, Portman said he would only support the benefits if lawmakers found budget cuts or revenue increases to offset the cost.

"Failure to pay for the extension would have added to the nation's historic debt, causing more uncertainty for the economy and making it harder to create jobs," Portman said in the form email.

But Lowe had only written Portman after he voted against a version of the bill that was deficit neutral. Democrats had paid for the bill with "pension smoothing," an adjustment to the way companies calculate pension contributions. Many lawmakers have previously supported the idea, but some outside analysts consider it a gimmick. Portman told HuffPost he didn't like the proposal.

"They wanted a pay-for, they got a pay-for," Lowe said. "I just don't understand."

Marcia Carroll of Staunton, Va., doesn't get it either. She's tracked the unemployment debate on C-SPAN, but the actual dialogue between senators is loaded with parliamentary inquiries and jargon about amendments.

Carroll, 43, said she lost her warehouse job last July. Now she's gone a couple months with no income at all.

Bruce Hirshfield of Bethany, Conn., was earning a six-figure salary before restructuring at his bank cost him his job. Without the $600 he used to get each week in unemployment benefits, complications have mounted.

There are little changes, like keeping the thermostat at 64 degrees during the day. And there are the big ones. His wife is taking a weeklong business trip to Sweden. Hirshfield had planned to go along, since the dates overlapped with their anniversary -- they were married on Valentine's Day five years ago. He would have only had to pay for his plane ticket, but with no income and bleak job prospects, he decided he couldn't afford it.

"So here we are, unable to celebrate our anniversary, which is very disappointing," he said.

Hirshfield took a course in project management to make himself more appealing to employers, and said he might start looking for retail jobs soon.

"It is beyond belief how our country, as wealthy as we are, can't figure out a way to help those who need it most," he said. "Basically we are saying, 'tough luck.'"

Karen Myers of Cantonment, Fla., said that she and her husband are well over a week late on their mortgage payment.

Myers, 57, lost her job supervising customer service for a hospital last July. Her husband works for a steel company and has been taking on overtime shifts. She said she hopes they'll be able to make a mortgage payment before Feb. 15, because otherwise they'll be hit with a late fee.

Brian Krueger of Mount Horeb, Wis., accompanied his congressman, Rep. Mark Pocan (D-Wis.), to the State of the Union address in January. Pocan had led an effort by Democrats to draw attention to the lapse in unemployment insurance by bringing unemployed guests to the speech.

A 47-year-old steamfitter, Krueger has been unemployed since June. He heard from lots of friends and neighbors who saw his name in news stories about the State of the Union, but the publicity hasn't landed him a job. In a Monday email, he said things have gotten tougher since the the benefits expired.

"We've had to go on food share. The kids have gone on the reduced lunch program. We've been working with the utility company and credit card company to try and get some kind of payment plan worked out," he said. "If things keep going the way they are, bankruptcy is a possibility. That's a last resort. I can see it happening." 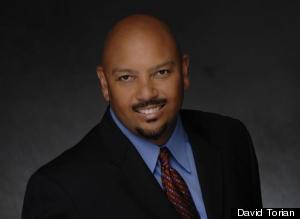 David Torian has been unable to find work.

David Torian, an Ivy League-educated lawyer and onetime chief of staff to former Rep. Michael McNulty (D-N.Y.), has been unemployed for over a year. He has tried to find a job, but most companies have told him he is overqualified.

He was receiving $430 per week in unemployment insurance when Congress cut it off. Since then, he has dialed back on virtually everything. When he cooks, he measures meals by the ingredients they use. If he's low on olive oil, he will find a recipe that doesn't require much.

Torian has borrowed about $10,000 from family and friends, which has enabled him to pay his rent and his bills for the next two months. He has no idea what will happen after that.

Since unemployment insurance lapsed, his life has become much more isolated. He doesn't go out anymore. In fact, when he talked to The Huffington Post on Monday, he was outside on a walk for the first time in 72 hours.

"It keeps you down, it makes you depressed," he said. "And then you stay in the apartment all day and it makes you stir-crazy."