Before we go high-fiving each other about unemployment falling, we should consider the reasons for it falling, which aren't quite so high-five-worthy.

Unemployment fell to 6.7 percent in December from 7 percent in November, the Bureau of Labor Statistics reported on Friday. Unemployment has plunged from 7.5 percent in June and is way down from a high of 9.9 percent in 2010. All of which is good news.

But: One reason for the big drop in unemployment in December was that many, many people dropped out of the labor force -- 347,000, to be exact. They stopped looking for work, which made them no longer "unemployed" in the eyes of the Bureau of Labor Statistics.

This is the latest episode in what has been a fairly dramatic flight from the labor force since the Great Recession. The "labor-force participation rate," the percentage of working-age people who either have a job or want one, has tumbled to just 62.8 percent, the lowest since 1978. (Story continues below chart.) 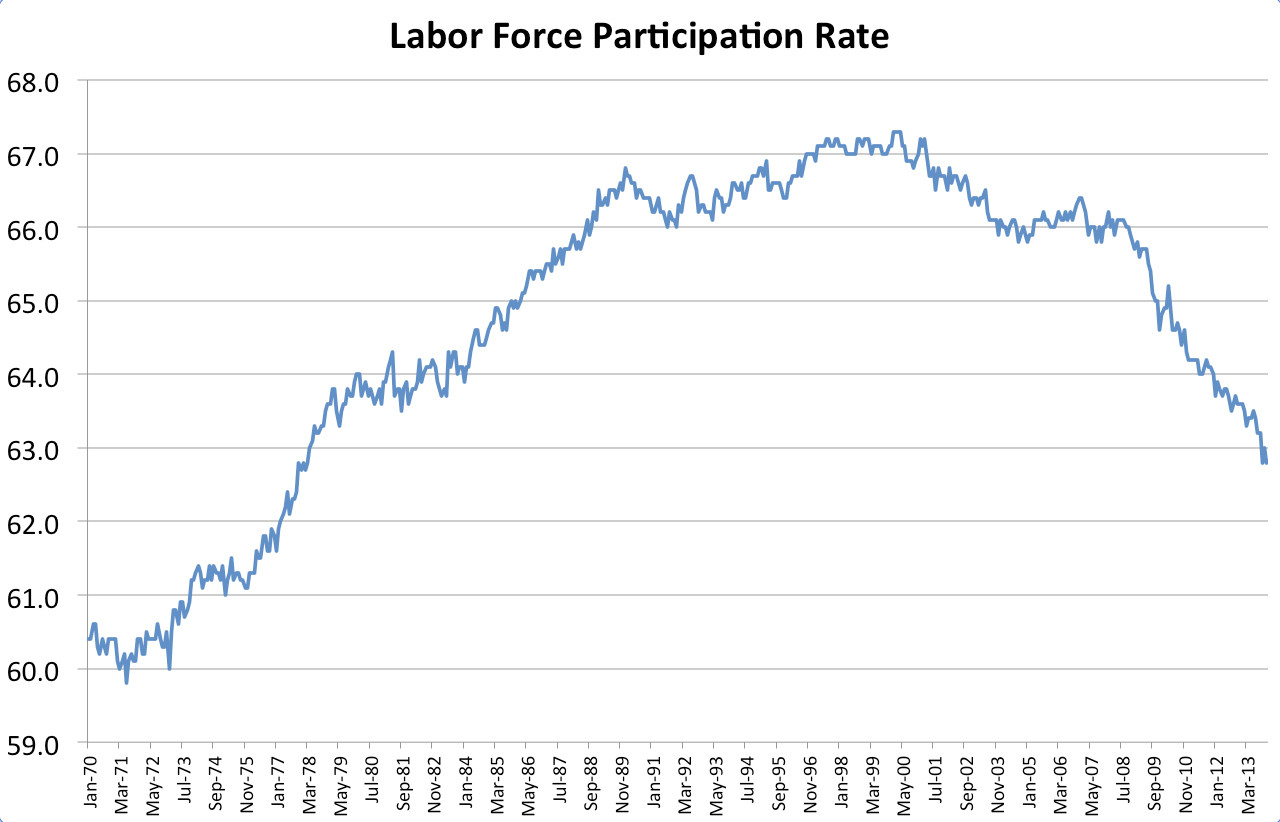 Some of this is due to the fact that Baby Boomers retiring -- but only some. Most of it has to do with the fact that the economy is still too weak to create enough jobs to draw people into the market. This is most clearly evident in the fact that younger people are leaving the labor force, too -- or never even entering it -- because they can't find jobs. That means they're going back to school, keeping house, or eating cereal and binge-watching Netflix. You can see the drop in this chart from the Calculated Risk blog, by way of Brad Plumer at the Washington Post. (Story continues after chart.) 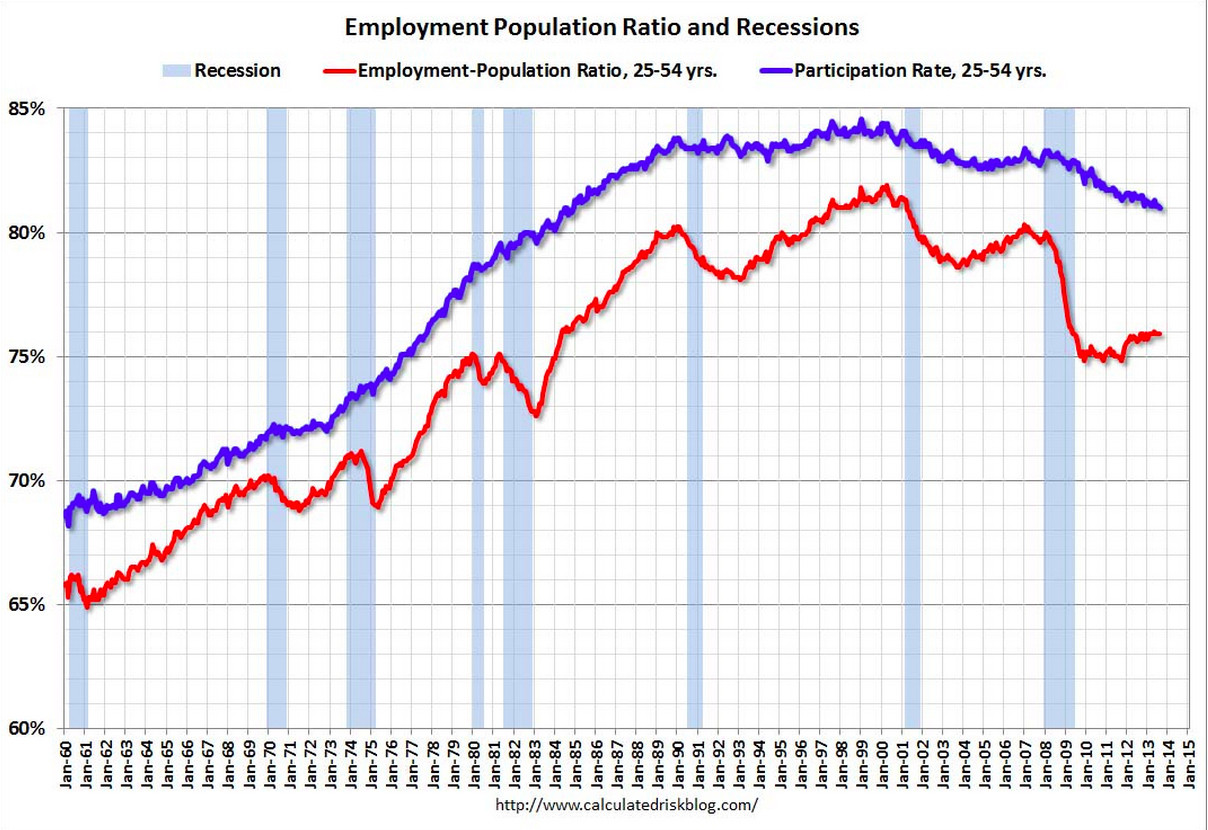 The steady decline in the labor force is having an impact on unemployment for the first time in recent history, as this chart from San Francisco entrepreneur and author Wolf Richter (by way of the Naked Capitalism blog) shows: 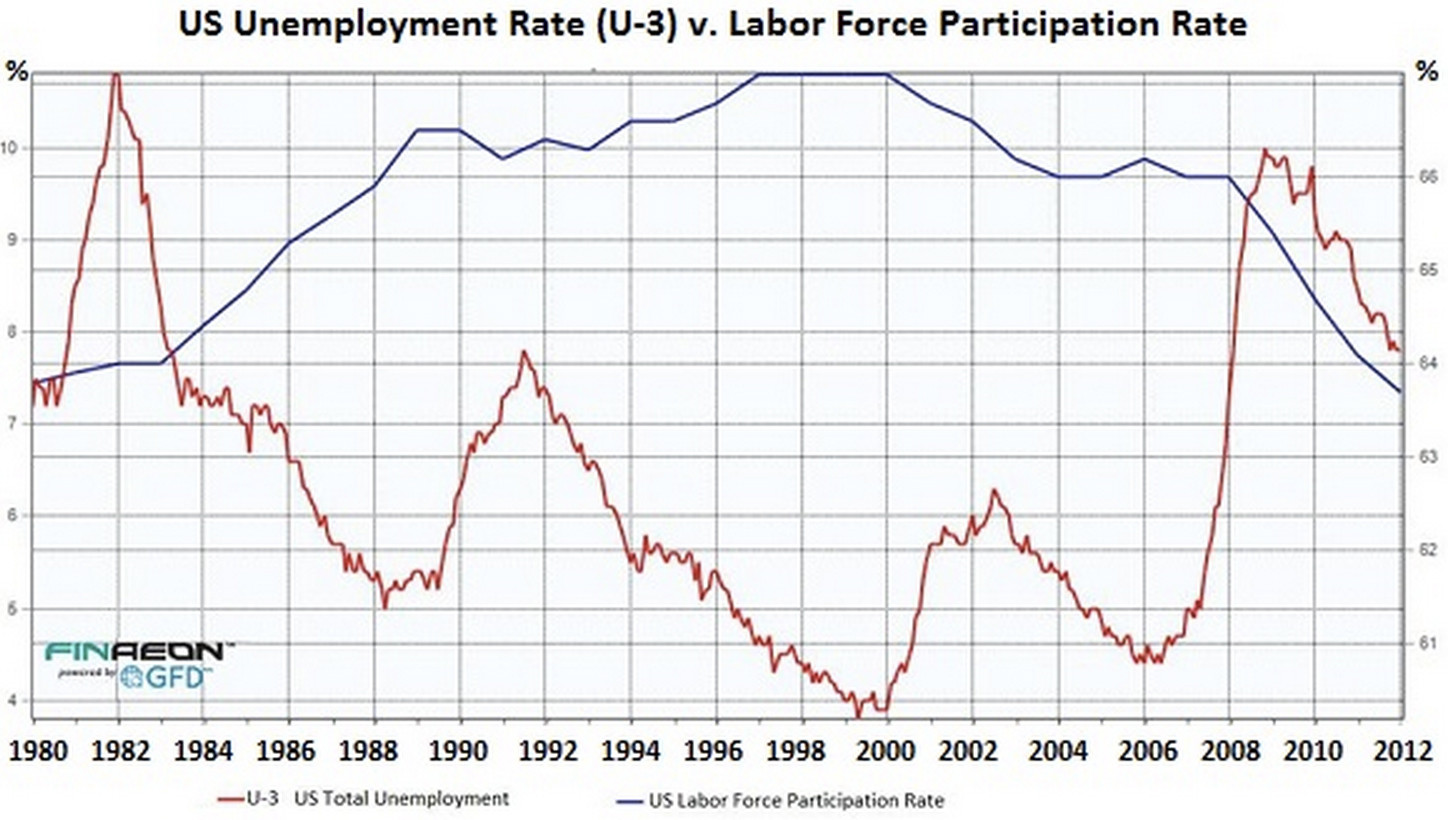 Richter suggests that the shrinking labor force is the main factor pulling unemployment lower. I don't think that's entirely true -- there has been some job growth to help out.

But clearly the falling unemployment rate doesn't tell the full truth about the economy. Even Ben Bernanke has admitted as much. That's one reason the Federal Reserve won't cut interest rates any time soon after unemployment hits the Fed's target of 6.5 percent -- a target that could be reached as soon as next month, at the rate we're going.