The state-by-state unemployment numbers didn't change too much from June to July, the government announced on Friday. Fifteen states still have jobless rates above 10 percent, down from 16 in June.

The government announced two weeks ago that the national unemployment rate fell from 9.5 to 9.4 percent, although that may have been a statistical aberration.

"There's a lot of areas that are worse than these numbers show. There are much higher rates among African-Americans and the Hispanic population," said Doug Hall, director of the Economic Analysis and Research Network at the Economic Policy Institute. "There's real people represented in these abstract numbers."

Here's a chart from the Department of Labor's Bureau of Labor Statistics showing the damage. 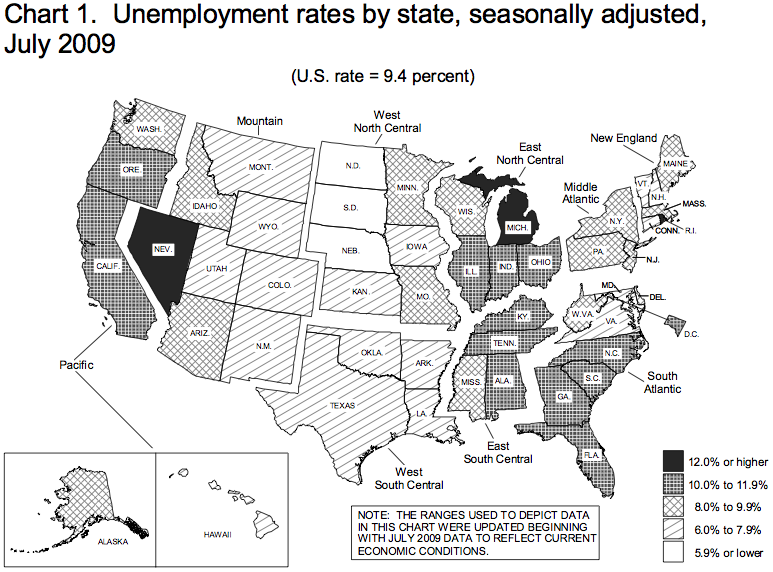