The debut installation at the Met Breuer, unveiled to the press on Tuesday (and to the general public on Mar. 18), fell short of the expectations raised by the Metropolitan Museum itself. I had looked forward to seeing how the museum's formidably erudite curators would rise to the challenge of creatively reimagining their roles by presenting art in fresh, provocative new contexts.

Instead, what could have been an exhilarating exploration turned out to be a dispiriting letdown. 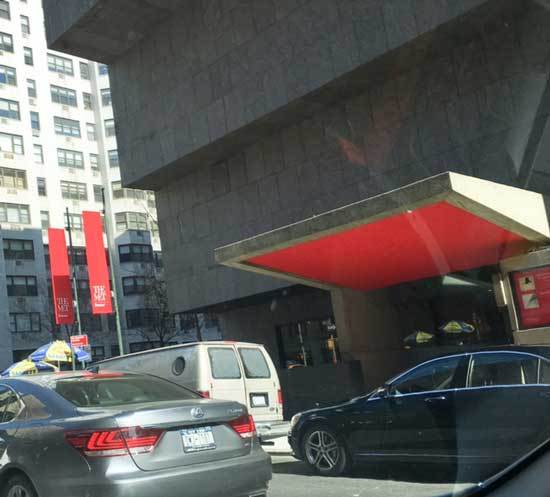 Red awning, in lieu of red carpet, at the entrance to the Met Breuer

Unfinished: Thoughts Left Visible is a labored, often unconvincing exercise in parsing the various permutations of "finish," as that word applies to the visual arts---"unfinished," non finito (seemingly unfinished, but not really), "finish" (i.e., a high degree of finish), "never finished" (because the work is expected to change over time) and even "infinite" (i.e., boundless).

While sometimes providing new insights into the works on display, based on their degree of "finish" or lack thereof, the curators too often are reduced to confessing on their labels that "the work was left incomplete for unknown reasons"; "we do not know why it remains in this [unfinished] state"; "we cannot tell why he never finished this oval portrait." If you're someone who meditates on exhibition labels, "unknown" becomes an unwelcome mantra.

To succeed, this show needed more than high concept; it needed deeper thought. Too frequently, it strains to co-opt works whose purported "unfinishedness" is either unconvincing or irrelevant. The art is conscripted into serving a theory, instead of the other way around.

For example, is this Jackson Pollock "unfinished" because its allover composition goes "beyond the literal dimensions" of the canvas, in the words of artist Allan Kaprow (as quoted on the painting's label)? 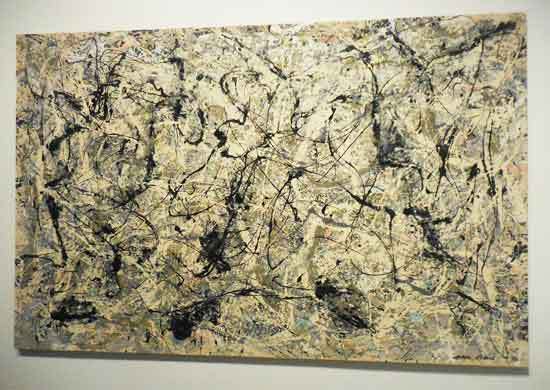 Is this Michelangelo red chalk study for the Sistine Chapel ceiling "unfinished" because its head and torso, and various other body parts are in varying stages of completion? Isn't a study expected to be sketch-like, by its very nature? 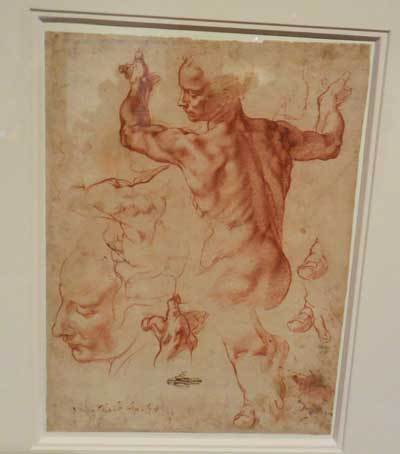 Does anyone gazing at Rembrandt's sensitive portrait of his longtime companion, Hendrickje Stoffels, fret about its being "unfinished," because it includes some rough passages of loosely applied paint? 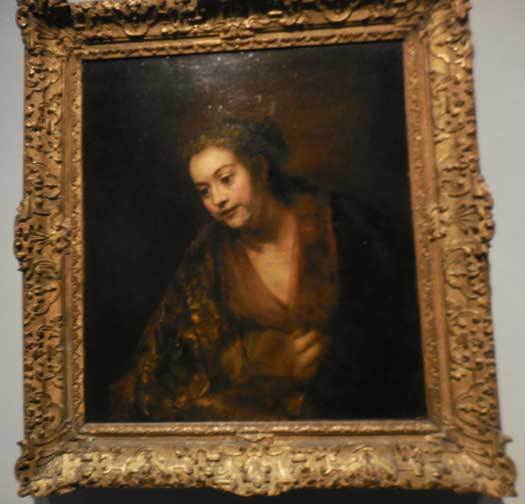 Are contemporary works, like this Robert Smithson installation of beach sand and mirrors, "unfinished," because the artist expects them to change over time? 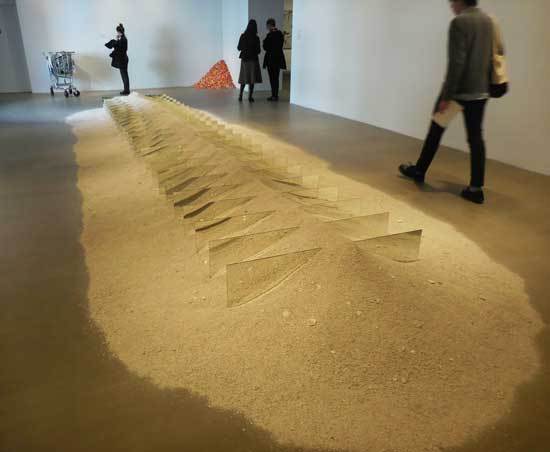 
The show's biggest disappointment stems not from the inadequacy of its awkward construct but from its failure to fulfill this description by Thomas P. Campbell, director and CEO of the Met: "Stretching across history and geography, the exhibition is the result of a cross-departmental collaboration, drawing on the expertise of the Met's outstanding faculty of curators."

Not exactly "stretching across history and geography," this show consists of some 190 works of American and European art (about 40 percent from the Met's own collection), ranging "across history" only from the Renaissance to the present. For the Met's inaugural outing on Madison Avenue, I had hoped for wider cross-cultural comparisons, taking advantage of the full range of the museum's "outstanding faculty of curators" by drawing upon holdings from the Middle East, Africa, Asia and Latin America, and encompassing periods from the ancient world to the 21st century.

As if to compensate somewhat for turning its back on the rest of the world in its main exhibition, the Met Breuer also features an outsized monographic show devoted to an understated artist---Nasreen Mohamedi (1937-1990), a female minimalist from India.

Little known in the U.S., but admired by several critics and curators who are familiar with her work (including Sheena Wagstaff, the Met's chairman of modern and contemporary art, who co-curated this retrospective), the "conceptual complexity and visual subtlety" of Mohamedi's pencil and ink drawings of delicate hard-edged lines would have been seen to better advantage in more intimate surroundings, with a more selective sampling. The current 130-work display, occupying an entire floor of the former Whitney, is overkill. 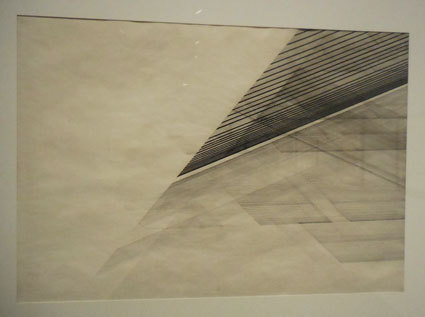 What might the Met have done instead? "What we want most from the Met," wrote New York Times art critic Holland Cotter in 2011, contemplating plans for the Met Breuer, "is what only the Met can give: thousands of years of world culture brought to life in small polycultural exhibitions shaped by skilled curators."

Given the fact that the Met Breuer is being overseen by Wagstaff, its shows are likely to be weighted heavily towards contemporary art, especially when contemporary galleries in the Met's flagship building are closed for a complete do-over by architect David Chipperfield. Indeed, the plans for future Met Breuer shows are contemporary-centric. I'd particularly like to see installations of monumental contemporary sculptures that the Met owns but can rarely display.

The good news is that the Met, with the help of Beyer Blinder Belle Architects & Planners, has lavished money and care on the respectful restoration of Marcel Breuer's 1966 Brutalist art fortress. Energy-saving LED bulbs have been installed in the distinctive ceiling fixtures, the concrete walls have been cleaned and the bluestone floors have been polished. 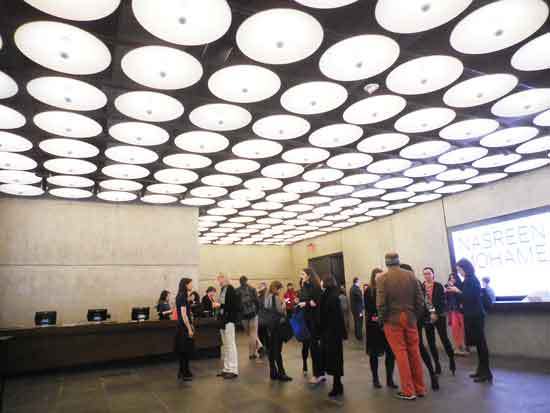 If the Whitney, happily ensconced in its spacious new Renzo Piano-designed downtown digs, decides to reclaim its former flagship building when the Met's eight-year lease expires, it will find the place in better shape than when it left.