It's not fair. You could argue that we shouldn't even be having this conversation. It really isn't close.

But with less than two months left in his presidency, there is an understandable interest in assessing President Obama's legacy, including on climate change. During his recent trip to China and the Pacific islands, the President continued to pile up climate-related achievements and was in full legacy mode in an extended segment with the New York Times. 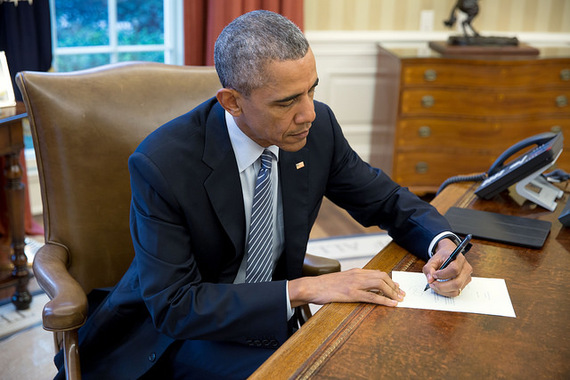 Can we get this, quite important, point out of the way: No US president has done more to advance the fight against climate change. By a long shot. Whether driving domestic policy through the Environmental Protection Agency as Congress dithered, or using his diplomatic powers to make climate change a legitimate top foreign policy issue, President Obama has elevated climate and clean energy as no president has before.

Not the least of these accomplishments is moving quickly after December's Paris climate deal to mobilize countries to bring the agreement into force this year, rather than waiting for its proposed 2020 deadline. In January, the smart guys would've laughed at you and said this was impossible. But this week in New York we nearly reached the twin thresholds of at least 55 countries with 55% of global emissions joining the agreement. It's certainly going to happen before the clock strikes midnight on New Year's Eve.

This is a really impressive climate CV. If only Mother Nature graded on a curve; we would be so winning.

But she doesn't, and we can't, because we aren't yet winning. We are finally waking up, but that's different. Which is why what happens over the final 100 days or so of the Obama presidency may be nearly as important as what happens in the first 100 days of the next president. Here are 4 things that need to be on the White House's short list of remaining priorities:

This is a hefty 100-day agenda. And let's be clear: it won't solve the climate crisis; we've long-since missed that boat and entered the Age of Climate Change where all future presidents (and really all of us) will be judged by their ability to minimize the harm that's headed our way. But seizing this remaining agenda would round out an impressive push, especially over the past 3 years, by the Obama administration to move the climate and energy issue to the forefront of national and international priorities. And that would be a legacy worth having.