All six of Julie Creppel's young children are sick. Vomiting. Blisters all over their bodies, even in their throats. Boils. Severe headaches that wake them up screaming at night. Nausea. Fevers. Diarrhea. Stomach spasms that contort their bodies in pain. Skin lesions. Psoriasis. Nose bleeds that gush unexpectedly. Respiratory infections. Dizziness. Sinus infections. Hand, Foot, and Mouth disease. Hair loss. And more.

The Creppels live in Boothville, La., in south Plaquemines Parrish. Area health clinics and hospitals are experiencing an influx of sick children for treatment for a range of symptoms that began after the BP oil disaster. The increase in numbers of sick children coincides with the massive spraying of toxic chemical dispersants into the water and air that began in 2010. More troubling is the fact that the children are still having these symptoms to this day.

Not surprisingly, the symptoms Julie's children suffer are epidemic across the Gulf states that were impacted by the BP disaster -- and the secondary disaster, the widespread use of Nalco's Corexit dispersants. Most medical doctors in the Gulf have continuously treated the sick with standard drugs used for infections and viruses. Nasonex. Citirizine. DryMax. Azithromycin. Zofran. Cefdinir. Xopenex. Amoxicilin. Flovent. Suprax. Viravan-P. Albuterol. Cefixime. Ichitha ointment. Budesonide. And more.

Some of these are potent drugs that children should not be taking for long periods of time because of side effects, including, ironically, many of the very symptoms being treated. They are taking the drugs for months and now even years because the children (and adults) are not getting better. So the medical doctors prescribe more drugs, but the persistence of the symptoms belies the diagnoses. 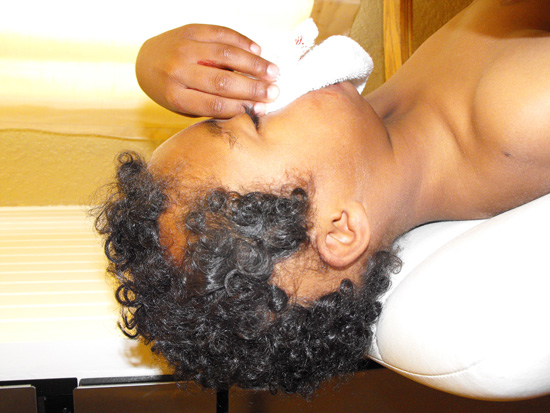 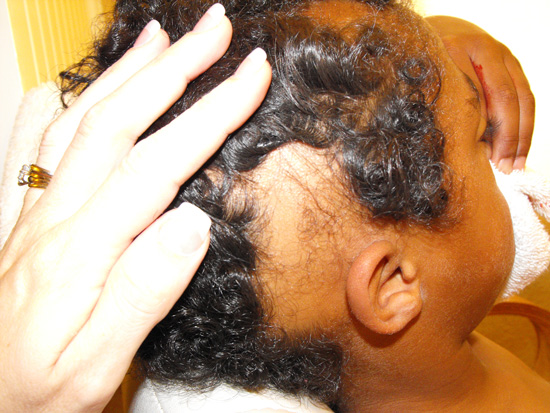 It should be clear to the medical community by now that they are misdiagnosing the illness and mistreating the patient. I believe the children are suffering from chemical illness, not from biological agents. This should have been clear back in 2010 after the first six to eight rounds of antibiotics and medication prescribed for babies, elders, coastal residents, visitors, and spill responders didn't clear the symptoms. It should have been clear two years after the disaster in March 2012 when BP completely reversed its position of denial of any harm to human health from oil-dispersant exposure and listed pages of same symptoms and illnesses that people had been reporting for two years as now covered by the BP medical benefits settlement (Exhibit 8) -- so-called, I can only suppose, because it mostly benefits BP, but that's another story.

The problem is the illnesses ­­-- like BP's oil­­ -- just don't "go away" because it's an inconvenience for oil companies and the federal government in charge of an impossible situation: There is no way to clean up oil spills, including tar sands spills. But there are many ways to lessen the impacts to workers and the public, none of which have been done to date in the Gulf.

Plenty has been done to lessen the liability and financial impacts to BP and the other companies involved in this tragedy. The most recent injustice was when U.S. District Judge Barbier dismissed Nalco from lawsuits over health problems stemming from use of its products. Barbier shielded Nalco from liability because, he reasoned, the dispersants had been approved by the federal government, and in most cases pre-approved by the Gulf states for use during spill response. The judge also was noted that a lawsuit might have a "chilling" effect on future use of these same dispersants in oil spill response -- exactly the opposite effect desired by the federal government and the oil industry.

The two main dispersants stockpiled in the United States for use on future spills are Corexit 9500 and Corexit 9527A -- the same dispersants that were known to be harmful to ecosystems and humans before the BP disaster, and that proved to be so after the disaster. These two dispersants are stockpiled in coastal communities around the contiguous United States and in Alaska and Hawaii. Most are owned either by the U.S. Coast Guard regional strike teams or the major national Oil Spill Response Organizations.

The federal government shields itself from any liability for use of these and other dangerous oil spill response products. Even worse, the federal government now considers human health an acceptable "risk tradeoff" for dispersant use. The March 2012 Dispersant Use Initiative, a document intended to guide and plan research needs and decision-making in future spills, states that key needs include, among others, "understanding risk to workers and public safety, and communicating the risk successfully, and understanding the trade offs of using dispersants with respect to human health" (emphasis added).

In other words, what happened in the Gulf of Mexico could happen to anyone who lives or works near, or recreates, or visits America's coasts. Many of the same chemicals in dispersants are also ingredients in diluents for tar sands and drilling fluids for hydraulic fracturing and manufactured by -- guess who -- Nalco. We need to stick together on this one, or all get sick together. Making it right in the Gulf is up to all of us before the next marine oil disaster.

Here are some suggestions for how YOU can help make it right in the Gulf.

1. Write a short letter to the U.S. Environmental Protection Agency in support of the People's Petition to amend the National Oil Spill Contingency Plan to ban toxic chemicals, including Corexit dispersants, from use in U.S. territorial waters. The letter should refer the People's Petition, document number AX120019088, and state who you are, why you care, and what you want the EPA to do. Personal letters carry more weight than form letters. Mail to: Lisa Jackson, Administrator, U.S. Environmental Protection Agency, Ariel Rios Building, 1200 Pennsylvania Avenue NW, Washington, DC 20460.

2. Find out what dispersants or products are stockpiled in your backyard for oil spill response. Start by contacting your State Emergency Response Commission (google State name + SERC). The SERC page will list all the Local Emergency Planning Committees. Contact an LEPC near you and ask for a complete list of oil spill response products, which they will have as required under the Community Right-to-Know Act. For coastal communities, I would be surprised if that list did not include the ubiquitous Corexit dispersants. Raise local support to have your municipality pass a rights-based resolution to ban toxic dispersants and chemicals during oil spill response within the city's jurisdiction. A resolution template is available at www.ultimatecivics.org.

I would like to personally appeal to Warren Buffet to fund community health clinics in the Gulf of Mexico. His stock trading company Berkshire Hathaway bought shares of Nalco in 2009 before the BP disaster as an investment on water filtration, which at the time was most of Nalco's business. Berkshire divested its Nalco holdings in late 2010 -- after Nalco made millions in dispersant sales. The idea for community health clinics originated within the impacted communities as a way of getting treatment for immediate needs, but it was cherry-picked by BP as the centerpiece of BP's medical benefits settlement. One clinic in particular in Jean Lafitte, La., was ready to open its door to clients in fall 2011 but the doors remain closed because the settlement is stalled in court. Opening that clinic, now and independent of BP controls embedded in the settlement, could be done with private donations to the Jean Lafitte Health Clinic.

Early into the BP disaster, I warned people about the short- and long-term consequences of exposure to oil and dispersants. Now those consequences are hitting home -- especially vulnerable are the children. Don't believe those BP ads. We need to all help make this right for real.

Riki Ott will be touring the Gulf of Mexico in February, helping communities organize at the grassroots level to ban toxic chemical dispersants. Persons interested in hosting a training should contact via her web site, www.RikiOtt.com.