When the wide world thinks of New York City, perhaps the last thing that comes to mind is the City's traditional, historic (dare I say a little bland) flag. We are the 24/7 Big Apple, the city that never sleeps, a surging, energetic and sometimes scary mass of humanity working, walking, living, loving, and striving round the clock. All New Yorkers (and honorary New Yorkers, who visit and love our city) appreciate this city's unique combination of twenty-first century sizzling energy and our historic landmark buildings and districts, which recall New York's relatively meteoric rise from a far-flung colony to the thriving metropolis we enjoy today. In common with the Romans of yore, we believe that all roads lead here.

Despite the increasing importance of virtual space in our 21st-century world, flags remain a visible and shared symbol of our ideas and beliefs. They speak directly to us -- "Don't Tread on Me" -- and they carry images that resonate with us, like Japan's rising sun or the delightful Sienese contrade emblems that enliven their annual Palio. So we Honor Our Past and Imagine Our Future, by re-visiting our historic City flag. NYC Landmarks50 Alliance has invited artists, architects and designers to each create a re-interpretation, a re-imagining of the historic New York City flag.

The New York City flag is a synthesis of the history of our city. It includes elements recalling Dutch rule -- the windmill and the indigo and orange stripes (the orange a reference to Prince William of Orange). To these are added the Native American and bald eagle, who recall the original inhabitants of our country; a sailor who symbolizes the economic development of New York as a sea-faring center of trade; and the beavers and flour barrels, which represent the natural resources and industry that formed the basis of the City's early prosperity. Even the date, 1625, is freighted with meaning; it is the year when Nieuw Amsterdam was designated by the Dutch West India Company as the seat of government for all lands held by the Netherlands in this continent. Our flag, like our city, is a palimpsest of histories and a visible record of the past.

Sotheby's New York has joined with NYC Landmarks50 Alliance to present an invitation-only exhibition, cocktail reception, and benefit auction (on Feb. 25, 6:00 to 8:15 p.m.); funds raised will be used to inform the wider public about the 50th anniversary of the passage of the NYC Landmarks Law, which created the Landmarks Preservation Commission in April, 1965. Notable artists, architects, and designers, including architect Robert A.M. Stern, designer Kenneth Cole, artist John Baldessari, graphic artists Milton Glaser, designer Diane Von Furstenberg, and artist Clifford Ross, have generously donated their re-imagined New York City flags, which explore what New York City means to them. For a complete list of participants and illustrations of their works that will be in the auction, see slideshow.

That these re-imagined flags are each so unusual and idiosyncratic is perhaps due to the unique charm of our City. What differentiates New York City from so many other world capitals, and makes it special, is our remarkable heterogeneity. We are all familiar with NYC's ethnic diversity (in 2000, the U.S. Census estimated that 138 languages were spoken in the borough of Queens alone!), but less aware of the rich architectural diversity that surrounds us. New York City is rich in the variety of styles that have survived three hundred and fifty years of construction and demolition: Federal, Georgian, Greek and Gothic Revival, Tudor, Italianate and French-inspired, Victorian, International and Post-Modern. Between 1830 and 1930, as we moved from an agrarian to densely urban and industrial society, more architectural styles were employed in New York than at any other place, or point in history. This has given New York its great variety of colors and forms, and within a single block, walking our dog or running to the corner bodega, we may encounter many styles, shapes, and textures.

We owe this architectural diversity in large part to the creation, in 1965, of the Landmarks Preservation Commission. For almost 50 years, the Commission has granted landmark status to more than 31,000 buildings and sites, the majority of which reside within the 110 historic districts and 20 historic district extensions (and 8 more pending) throughout the five boroughs. And what a brilliant, richly textured tapestry New York is! One can journey through the boroughs and travel back in history: from the early- nineteenth-century wood-frame houses of Brooklyn's Weeksville Houses, to the late-nineteenth-century brownstones of Longwood in The Bronx, to Sailors Snug Harbor of Staten Island, to the early-twentieth-century attached brick row houses in Ridgewood, Queens to the iconic Empire State Building, Manhattan.

These efforts have not gone unnoticed. Preservation of our architectural heritage throughout New York City has been a public/private, grassroots effort that has engaged New Yorkers from all walks of life; indeed, there is hardly a neighborhood or a New Yorker who has not benefited from this law, whether at home, at school, at work or at play. To commemorate the upcoming 50th Anniversary of the passage of the Landmarks Law, we have formed the NYC Landmarks50 Alliance. The Alliance is a broad-based, 116-member (and growing) organization whose members, though coming from (yes, there's that word again) diverse fields and interests, all recognize and appreciate the particular role that our City's architectural patrimony has played in enhancing their lives.

Flags are much more than pieces of cloth; they are symbols of goals and aspirations. Like history, a flag is a dialogue between the individual and the group -- with personal dreams, insignia and mottos becoming the pool from which shared symbols are chosen. This select group of artists has brilliantly illuminated this territory, by using their own psychic signs to reshape the shared symbol of our city. Their thoughtful, humorous, ironic, and iconic re-interpretations of the New York City flag suggest that we all march under our own unique banners; the strength of our city, is that in our diversity we are able to find our unity. These inspired works were created with warm appreciation for New York City's historic past, and will make our auction a landmark occasion itself!

Sotheby's New York has joined with NYC Landmarks50 Alliance to present an invitation-only exhibition, cocktail reception, and benefit auction (6:00 to 8:15 p.m.); funds raised will be used to inform the wider public about the 50th Anniversary of the passage of the NYC Landmarks Law, which created the Landmarks Preservation Commission in April, 1965. Notable artists, architects, and designers, including architect Robert A.M. Stern, designer Kenneth Cole, artist John Baldessari, graphic artists Milton Glaser, designer Diane Von Furstenberg, and artist Clifford Ross, have generously donated their re-imagined New York City flags, which explore what New York City means to them. For a complete list of participants and illustrations of their works that will be in the auction, see slideshow below. For more information, please contact NYC Landmarks50 Alliance here and visit our website here. 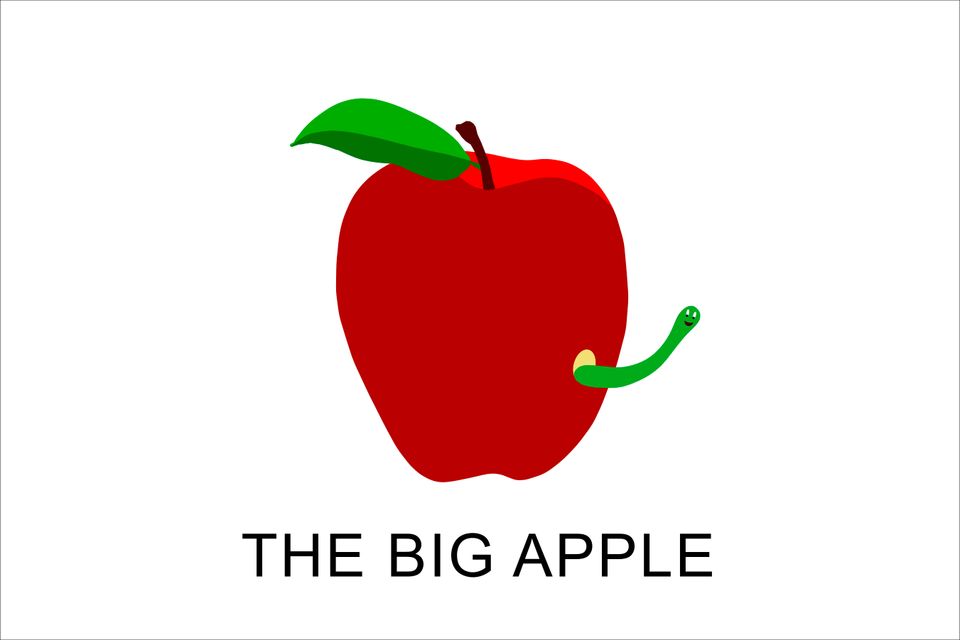