Warning: This post contains realistic paintings of actual, genuine naked people. If you're not ready, look away now.

"I’m not exactly sure what I would describe my current style as," artist Aleah Chapin disclosed in an interview with The Huffington Post. "Realism in every sense of the word?"

To encounter a Chapin painting is to confront a human body stripped of shame, censorship, or stigma. The massive canvasses, measuring in around seven-feet high, illustrate the flesh we inherit and inhabit throughout out lives. While most nude representations we encounter today are airbrushed and photoshopped in ways both subtle and glaring, Chapin's paintings privilege the body's most imperfect moments, lingering on every scar, wrinkle, hair and mark as if they're stars in the sky. As such, there's an honesty to Chapin's work, and even more so, a radical acceptance of bodies as they are, not how we've come to think they should be.

"What compels me about the nude figure is it’s simplicity and complexity and that fact that we all have a body," Chapin explained. "Clothes say so much about a person, so when you take that all away, what is left is raw, honest, vulnerable and universal. I have always been drawn to works that seem to represent a real person who has lived a life, versus the idealized nude that feels more like an idea of a person. I want to feel things when I look at art, and when I can sense their life happening before the painting was created, and moving on afterwords, I’m much more compelled and inspired."

Chapin grew up on an island north of Seattle, where she spent her days "playing in the woods and running along the beach." Her childhood habitat yielded a strong solidarity between its residents, forming connections that would later play a role in her artistic practice. "The fact that it is an island means there are edges, so there is a strong sense of community there," she said. "Islands also seems to attract a specific kind of person, and these people have contributed greatly to the work I do."

Another major influence was Chapin's mother, herself a working artist. From a young age, Chapin recalls wanting to be an artist, and making whatever she could get her hands on. Drawing, painting, sculpting -- in the artist's words: "Anything that involved working with my hands was my absolute favorite thing to do."

Though she dabbled in various media and styles as a youth, Chapin recalls feeling strangely drawn to figurative portraits from the start. "I remember my mom teaching me how to draw a face when I was probably 3 years old, and since then, I’ve pretty much been obsessed with painting or drawing people. I did pass through other phases though, especially in college, but more in medium than in subject. I did video art, installation and sculpture. It was so much fun, but in the end, nothing felt as good as painting."

In her current exhibition, "Body / Being," Chapin explores the spectrum of gender, revealing through fiercely detailed portraits just how outdated binary understandings of gender are. The series was inspired by Chapin's cousin Qwill, who recently came out as gender neutral. The artist painted her cousin just after their breast-removal surgery, at a moment when the subject's physical form and identity were both in a moment of flux. Chapin renders the scars lingering from the surgery, as delicate as strands of red thread. Yet the most striking aspect of the image is Qwill's posture and expression, heroic because of, not in spite of, their vulnerability.

In another painting, "Paula," Chapin renders Paula, born Paul Angelo, standing eyes closed, suspended in a meditative state. The subject hovers between categories of sleeping and waking, present and absent, masculine and feminine, living in their body while occupying a space beyond it. Yet even in a series ostensibly about sex and gender, the viewer is often drawn to random yet hypnotic physical characteristics -- the hair gracing one's nipple, the cluster of veins bulging through one's hand, the inconsequential specifics that often make us who we are.

Aging is another subject at the core of "Body / Being," a theme Chapin also explored in her previous series "Aunties." One work, titled "Roger," depicts an 84-year-old man who posed for Chapin while struggling with cancer. In an interview with HuffPost blogger John Seed, Chapin recalled feeling strangely close to Roger the evening she finished his painting, only to find out the following morning that he had passed away. "This experience of creating a body through paint while being so aware that this man, Roger, was leaving his body was the most powerful painting experience I have ever had," she said. "I realized then that this show was about much more than gender. It was about what it really means to be in a body."

Through her portraits, Chapin hopes to convey the "sense that through our differences and imperfections we are all the same." Indeed, through capturing every freckle, mole and patch of body hair, the infinite particularities form a perfectly imperfect universal whole. "What compelled me, and still does, is this need that I can’t understand completely, to put unconscious thoughts and feelings into something solid and visible," Chapin said. "Art is a universal language that bypasses the brain and goes right to the center of who we are. This is the language that feels the most natural to me." 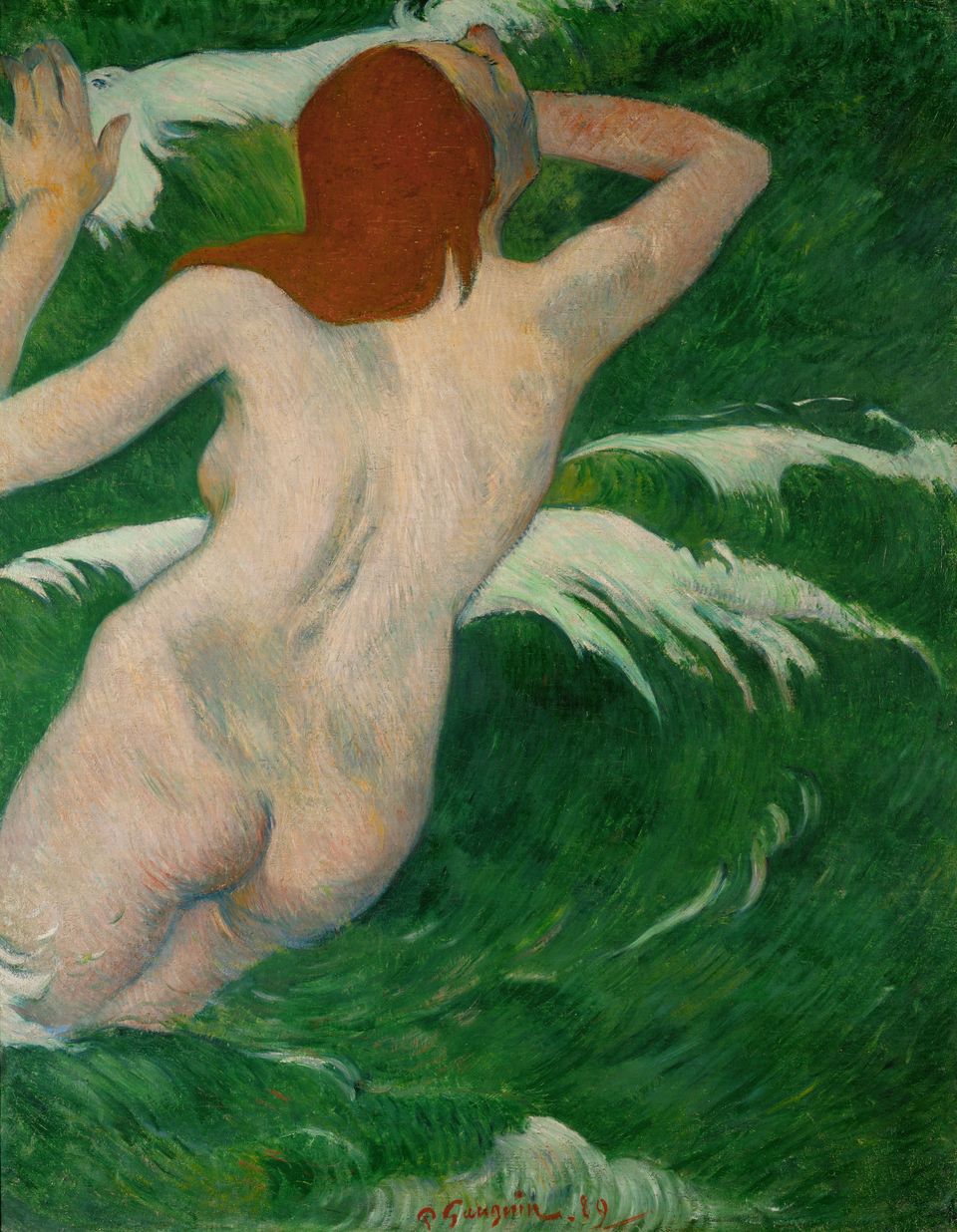