Internet geeks have entertained themselves by planking, Tebowing, owling and Vadering, but a new meme is horning in on the action -- literally.

It's called "unicorning," and it basically requires people to wear rubber unicorn masks in inappropriate settings, which is essentially everywhere.

The meme has been around since last Fall when its originator, Laura DeMerchant, a Los Angeles-based film producer started collecting unicorn masks and handing them out to friends for pictures.

"I put it on when a pizza delivery guy was at the door and his expression was priceless," she explained. "It's such a goofy creepy thing. Especially if you wear one to Costco to get free samples."

DeMerchant, 42, amassed hundreds of unicorn photos at her website, UnicornArmy.com, before the meme hit the public consciousness earlier this month.

Although she was embarrassed about the incident, especially after a member of the Pittsburgh Police Dept. got in trouble for posing in a picture wearing the mask, San Dimas is fond of "unicorning" as a past time.

"I think it's the new 'planking,'" she told The Huffington Post. "And I think it's safer. I heard someone died while planking. Unicorning is not as dangerous -- just to a police officer's career."

DeMerchant said the photos of San Dimas and the cop wearing the mask have helped "unicorning" catch on.

"My Unicorn Army Instagram page got 30 followers in one hour," she said.

She is confident that as people see the photos, they will become unofficial soldiers in her "Unicorn Army," but warns potential members not to take it too far.

"We had people wear the masks in a swimming pool once and they freaked out after the masks filled up with water," she said. 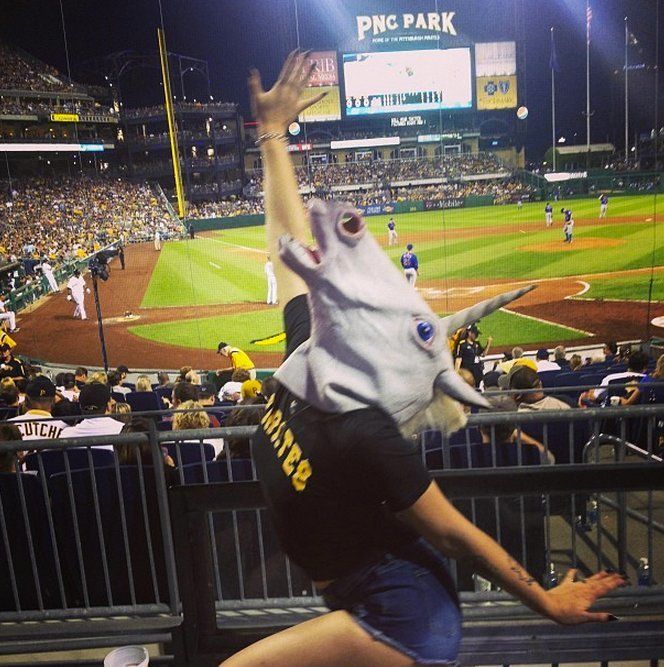