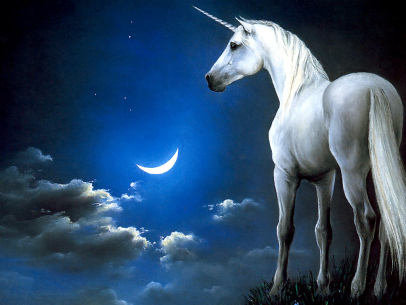 I like being a contrarian. As a kid, if a certain TV show was popular amongst my buddies, I'd purposefully ignore that show and search for other shows that were less well known (e.g., Hogan's Heroes was a personal favorite that never hit mainstream). When someone declares something is conventional wisdom, I look to poke holes and challenge the underlying assumptions.

Recently, the conventional wisdom in Startup Land has been that young, technical founders are the prototype for creating valuable companies. The formula, this theory goes, is to find a hacker in a hoodie and bring out the wheelbarrow of cash to back them. Think Mark Zuckerberg/Facebook, Drew Houston/Dropbox, David Karp/Tumblr and - the most recent poster boy darlings of Startup Land - the SnapChat founders.

I have always thought that stereotype was skewed. Don't get me wrong - I love young founders. At Flybridge, we have invested in many of them (e.g., Eliot Buchanan and Dan Choi at Plastiq) and we plan to continue investing in many others. But in my twenty years living in Startup Land, I have found that there is no single model or archetype for success. Success comes in many flavors and combinations. And, in my last five years on the HBS faculty, I have become more convinced of the value of the MBA entrepreneur.

Thus, I was thrilled to read Aileen Lee's terrific analysis of unicorns (companies that have been created in the last 10 years worth more than $1 billion) and have it shatter this piece of conventional wisdom. Aileen systematically analyzed the common characteristics behind this cohort of 39 companies and found that "inexperienced, twentysomething founders were an outlier. Companies with well-educated, thirtysomething co-founders who have history together have built the most successes."

Aileen's analysis didn't provide any data on the role of MBAs in the unicorns. So, in partnership with HBS second year Juan Leung Li, we did some of our own digging. Here's what we learned: 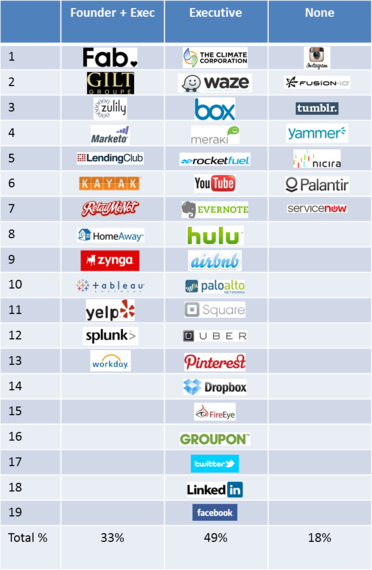 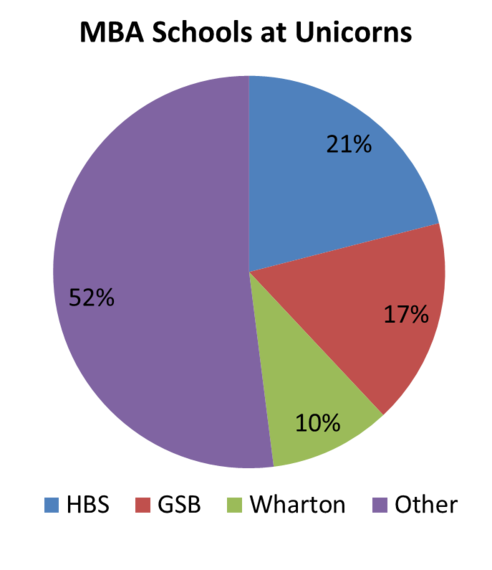 This week, John Byrne of Poets & Quants published a complimentary analysis, ranking the top 100 MBA Start-Ups. In this analysis, he found some terrific companies that have been MBA founded in the last 5 years, such as Okta, Rent the Runway, Warby Parker and Wildfire. Among this MBA founder list, HBS (34%), Stanford (32%) and MIT (11%) came out on top.

Why all the momentum with MBAs and start ups? Simply put, the major schools have radically changed their curriculum. These schools and others have become super-focused on training their MBAs to be effective executives across a range of company sizes, from start-ups to large enterprises. For example, HBS now teaches two courses to help train students to be effective start-up executives: Launching Technology Ventures (which I teach) and Product Management 101. MIT is considering offering their own version of these classes in the spring or next year and Stanford has a plethora of strong course offerings for future start-up executives.

So the next time someone tells you that you need a hoodie to be a great start up entrepreneur, don't be afraid to flash your MBA diploma with pride.

To see the detailed spreadsheet that Juan Leung Li did, click here.