In 2014, 36 million U.S. residents, or 11.5 percent of the population, were uninsured on the day they were surveyed, a decline of 8.8 million people and 2.9 percentage points from the year before, according to the Centers for Disease Control and Prevention's National Health Interview Survey.

The Affordable Care Act remains unpopular, and is besieged politically and legally. The Republican-controlled Congress continues efforts to unwind the law, GOP presidential hopefuls vow to shepherd its repeal and the Supreme Court is poised to rule on a lawsuit conceived by conservative and libertarian activists that would undo much of Obamacare's expansion of health coverage.

But as these new CDC data show, the Affordable Care Act is succeeding in its central aim of helping people obtain health insurance. The findings are consistent with numerous other surveys taken since last year, including recent Gallup polling that shows the uninsured rate continued to decline in 2015, the second year of enrollment through the Obamacare health insurance exchanges.

The national improvement in the share of U.S. residents who have health coverage masks significant variation among the states. In Oklahoma and Texas, 21.5 percent of residents are uninsured -- more than eight times as big a share as in Hawaii, where just 2.5 percent of people have no health insurance. Massachusetts and Delaware have the next-lowest rates to Hawaii's, while Alaska and Florida have the next-highest after Oklahoma and Texas. 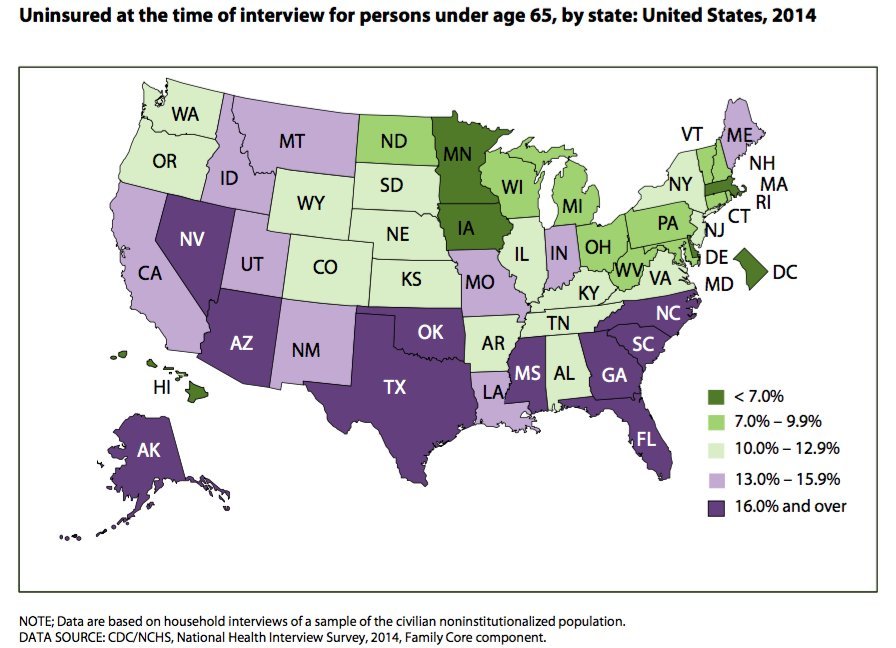 The uninsured rate among working-age adults has returned to the levels seen in the late-1990s and early-2000s. After more than a decade of gradual growth, the share of U.S. residents without health insurance began to fall in 2010, a trend that coincided with the halting recovery from the Great Recession. But the decrease in the percentage of people without health insurance dropped more sharply last year, when the Affordable Care Act's expansion of coverage through Medicaid and private insurance began, the CDC survey found. 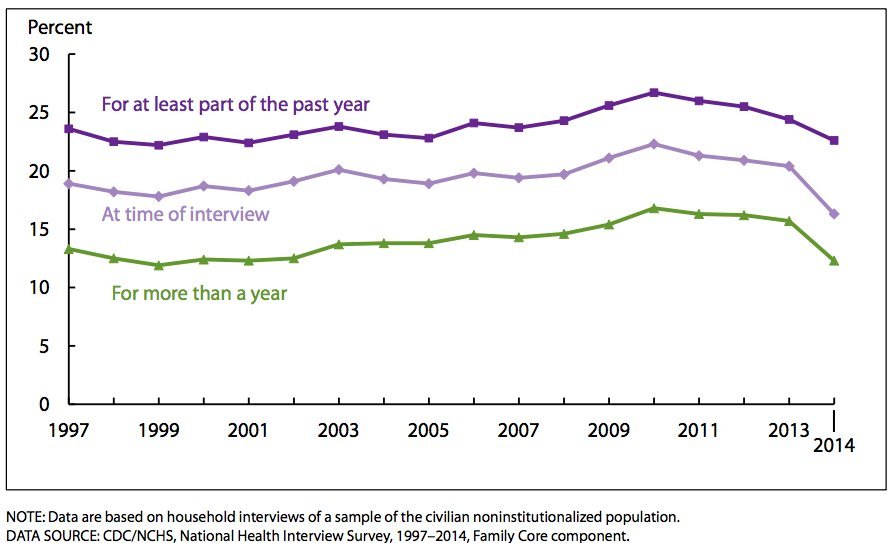 In addition to surveying how many people had no health insurance at the time the CDC interviewed them, the agency found that 51.6 million people, or 16.5 percent of the population, lacked insurance for at least part of the year before the day they were interviewed, and that 26.3 million people, or 8.4 percent, were uninsured for more than a year.

The survey revealed a strong correlation between those states that embraced implementation of the Affordable Care Act and bigger decreases in the uninsured, and between those states that resisted it and smaller effects from the law. In 2012, the Supreme Court made Obamacare's expansion of Medicaid to more poor adults optional for states, and currently 29 states and the District of Columbia have opted in.

The uninsured rate fell more than 5 percentage points in 10 states, all of which expanded Medicaid, except Florida and Georgia. West Virginia's reduction was most dramatic: a 14.8-percentage point decline to 9 percent. By contrast, Louisiana, Maine and Tennessee, which all rejected the Medicaid expansion, show statistically insignificant increases in the uninsured. The uninsured rate in New York, which expanded Medicaid and runs an exchange, was unchanged. 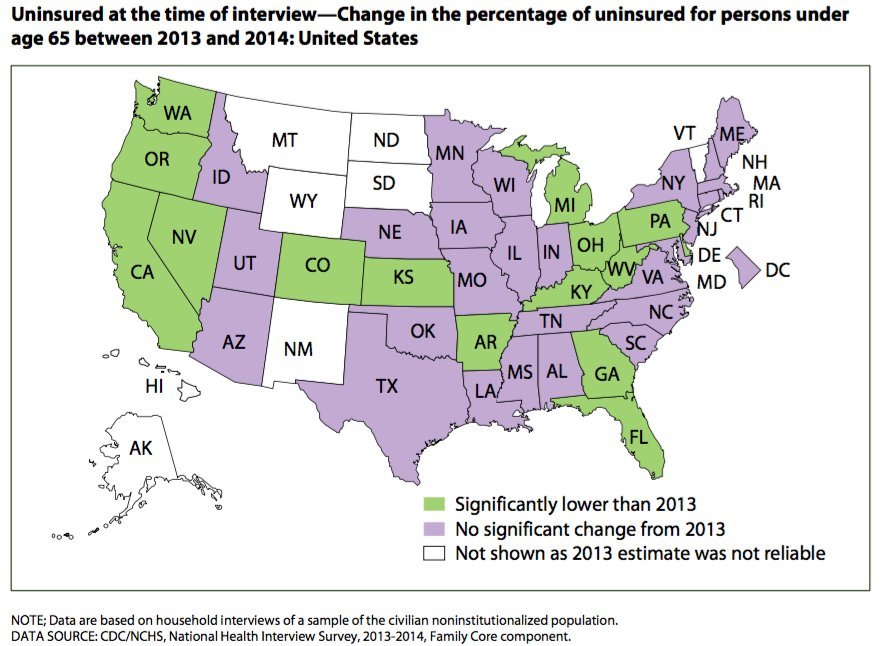