If the incomes of the union rank-and-file rose by just a tenth, middle-class incomes would go up $1,479 per year -- even for those who aren’t members, according to an analysis of Census data from the Center for American Progress.

The boost in income, while slightly lower than if college-attainment rates went up by 10 percent, is higher than if the unemployment rate dropped by four percentage points -- a scenario that would increase middle class incomes by $772 per household, according to the study.

The share of income going to the middle class is below average, in the states with the lowest unionization rates, The Center for American Progress also found.

Union rights have come increasingly under fire as unemployment remains high and companies and municipal governments look to curb spending. In August, a Gallup poll found that approval of unions was just above its lowest-recorded level, dating back to the Great Depression, while union membership dropped to a 70-year low in 2010, according to The New York Times.

In a February poll by the Pew Research Center, though, the number of respondents saying unions have a negative impact on the availability of jobs was the same as those saying they have a positive effect. Opinions like these may be why union influence is dwindling in states including Wisconsin, where last week major state employee unions lost their official status, according to Reuters.

The effect? A more than 40 percent increase in wage stratification, according to the study.

Here's where a boost in unionization would most help middle-class incomes, according to the Center for American Progress: 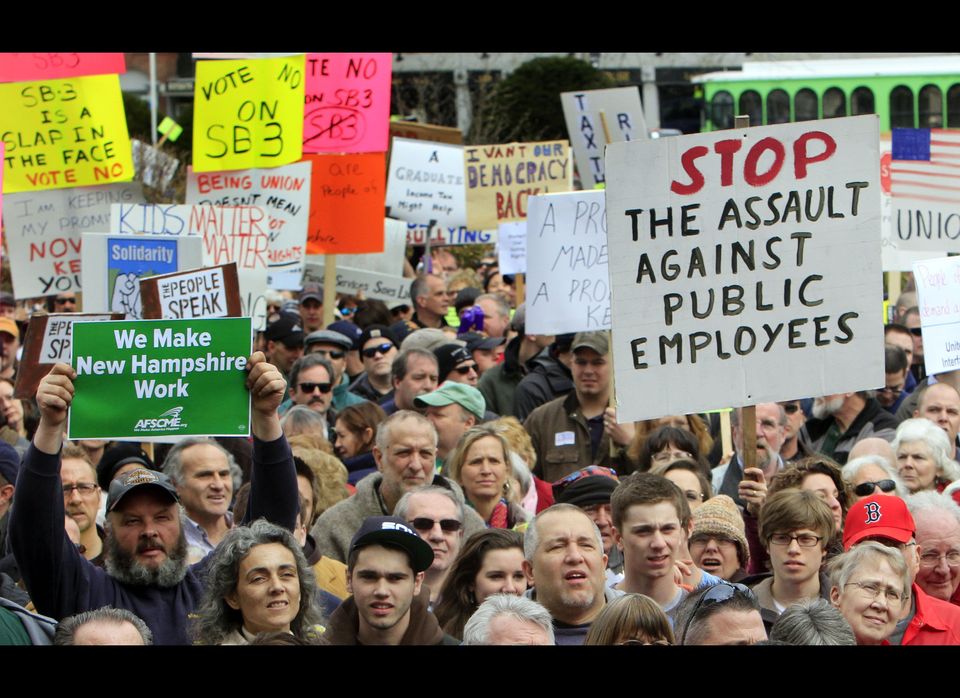 1 / 10
10. New Hampshire
Middle-class household incomes would rise <a href="http://www.americanprogressaction.org/issues/2011/09/madland_unions.html" target="_hplink">$1,675 per year in New Hampshire, on average, if the unionizaton rate saw a 10 percent boost</a>, according to the Center for American Progress.
AP