How likely is it that Congress will contribute in a substantial way to Amtrak's $7.5 billion overhaul plan for Union Station?

"Well, I would say it's just about as likely as me being in the Olympics," said Sen. Barbara Mikulski (D-Md.), a member of the Appropriations Subcommittee on Transportation, Housing and Urban Development and a consistent friend of the government-subsidized passenger rail service. "I think it's on thin ice."

Last week, Amtrak unveiled an ambitious, 25-year master plan for expanding the 105-year-old building to accommodate more passengers, trains and tracks — as well as laying the groundwork for high-speed rail.

Stakeholders estimate it will cost $6.5 billion to $7.5 billion from 2013 to 2028 to implement three of the four phases of construction, during which time Union Station would undergo a breathtaking transformation: two new train tracks and platforms; a 50-foot-wide, 100-foot-long glass-encased main concourse; new shops and restaurants; and a mixed-use complex of retail and office space built out across the current space behind the station.

The fourth phase, if all goes according to plan, will include the realization of high-speed rail capabilities and a new Metro line.

Amtrak has argued that the multibillion-dollar overhaul is necessary if Union Station is to meet passenger demands and live up to its role as a major public transportation hub. But while the proposal describes the changes it wants to make in painstaking detail, what’s missing is a plan for how to pay for it.

"It's premature to speculate how much funding is going to come from where, but the plan gives us a vision to take the next step to identify funding," Amtrak Media Relations Manager Christina Leeds said.

As a public-private entity, Amtrak will seek to draw from a variety of funding sources. But convincing the railroad's Congressional critics will be a Herculean task.

"I think there remains a real interest in Union Station, its building, its history, but I would guess that when we're struggling with all the financial issues that we are, it would be hard to find the necessary support for any major increase in funding," said Sen. Jerry Moran (R-Kan.), who sits on the Appropriations subcommittee that deals with transportation.

Rep. Bill Shuster (R-Pa.), chairman of the Transportation and Infrastructure Subcommittee on Railroads, Pipelines and Hazardous Materials and a candidate to inherit the gavel of the full committee in the 113th Congress, said stakeholders should be pursuing private funding first.

"Where Union Station sits in such a prime location, we ought to be reaching out to the public and private sector and getting them involved," Shuster said. "It seems like something the private sector should be interested in ... high-rise apartments, hotels, shops, office space sitting at the base of a transportation hub like Union Station. That’s who we should be looking to for these things, not the taxpayers."

In any case, lawmakers might be confronted with real choices about funding some part of Amtrak's master plan as early as next February, when the president submits his fiscal 2014 budget proposal and the appropriations season gets under way. Phase 1, which would lay down new tracks and perform basic upgrades, is scheduled to run from 2013 through 2017.

D.C. Del. Eleanor Holmes Norton (D) added that Amtrak's decision to break up the funding needs into phases over a long period of time will make it easier to persuade fiscally conscious lawmakers to contribute to the effort.

"Ask anyone, even Democrats, and they will tell you, 'Congress is not going to fund an $8 billion expansion,'" Norton said. "They'll say, of course they won't do it in one fell swoop, or even 15 fell swoops. ... When we come to the Congress, we will show them the whole plan, and you'll say, 'We only want to get this much down and we'll slice off.'"

"Because the plan emphasizes incremental improvements over time and promises to deliver substantial benefits to a number of stakeholders, we're confident that this project will be able to take advantage of a combination of public and private funding sources in the coming years," Nisly said.

Norton also suggested that the fiscal outlook is bound to change as time goes by. "We're going to get over this notion where you cut everything and leave the infrastructure to rot," she said. 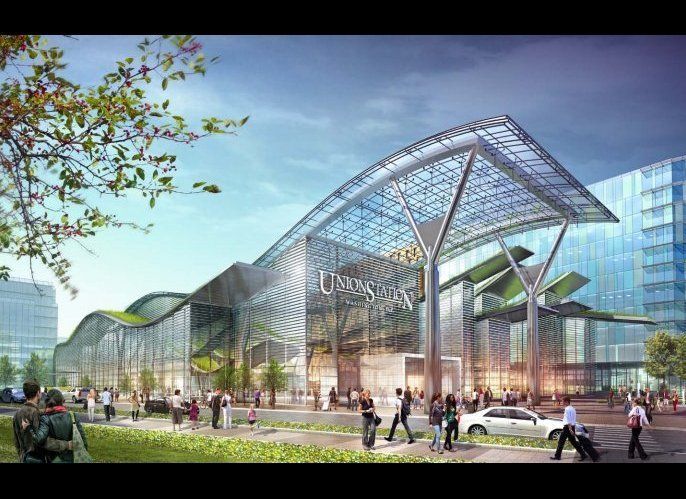