WASHINGTON -- The Main Hall of Union Station reopened Sunday afternoon after a piece of plaster fell from the earthquake-damaged ceiling and hit a restaurant worker on Friday. After the 5.8 magnitude earthquake on Aug. 23, temporary repairs were made to the monumental Main Hall following a damage inspection that found some loose plaster, which was removed.

According to a press release issued Friday, "despite all precautions," a small chunk of plaster hit a restaurant worker, who was not injured. Although the Main Hall was closed as a precaution, access to Metrorail's Red Line, Amtrak's rail concourse and taxi queue was maintained through other station entrances.

Over the weekend, work crews installed protective netting to ensure no more plaster would fall to the Main Hall's floor. Station officials had anticipated the main hall reopening at 6 a.m. Monday, but according to The Washington Post, the Main Hall reopened at 3:30 p.m. Sunday. More extensive repairs are scheduled to begin this week on the Main Hall, noted for its grand coffered 96-foot barrel-arched vaults and 36 statues of Roman legionnaires.

Union Station was among a handful of notable structures in the nation's capital that sustained damage during the earthquake, centered in Virginia's Louisa County. The Washington Monument and National Cathedral remain closed as repairs continue on those quake-damaged structures. 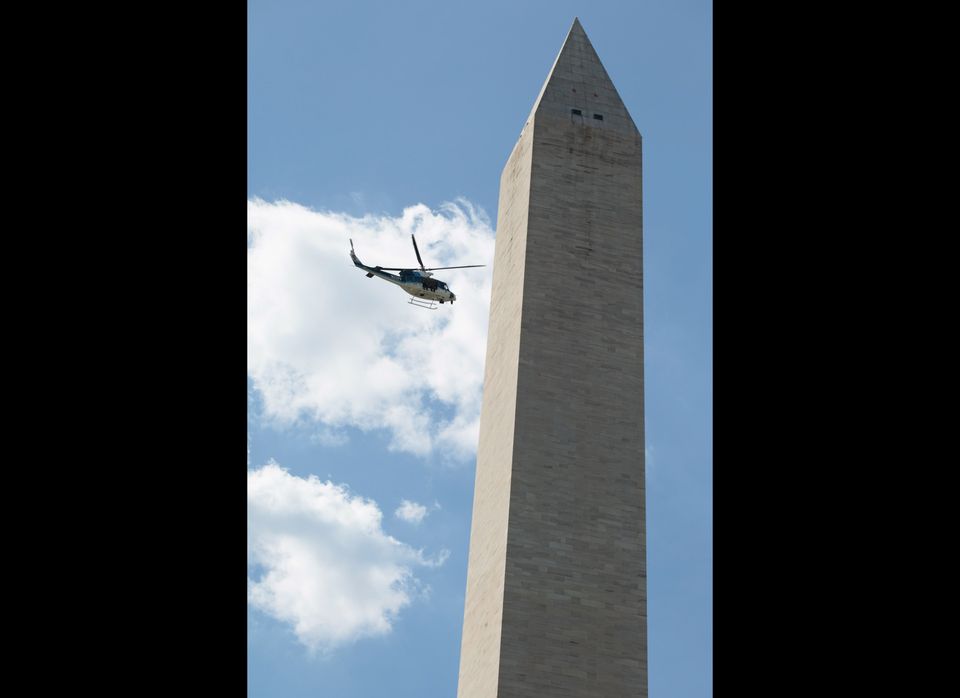 1 / 5
A helicopter flies close to the Washington Monument to survey its exterior for damage after a 5.8 magnitude earthquake struck the East Coast on Aug. 23. <em>Photo by Getty Images.</em>
Getty Images