Every state has a most "unique job," one that's more common in that state than anywhere else in the country. In Hawaii, that job's a tour guide. In New York, it's a fashion designer.

In order to come up with a list of the most unique jobs by state, Mental Floss teamed up with Economic Modeling Specialists Intl., a CareerBuilder company, and analyzed a metric called location quotient, which "compares the percentage share of a state’s workforce in a given occupation to the percentage share of the nationwide workforce in that occupation," according to Mental Floss. In other words, the location quotient measures what jobs are most specific to a given state.

It's no surprise that there's a high concentration of actors in California, but who knew Kansas was the referee capital of America?

The chart below, by The Huffington Post's Alissa Scheller, shows each state's most unique jobs, as well as how many people have that job per capita. The darker the shading, the higher the concentration of people with that occupation. 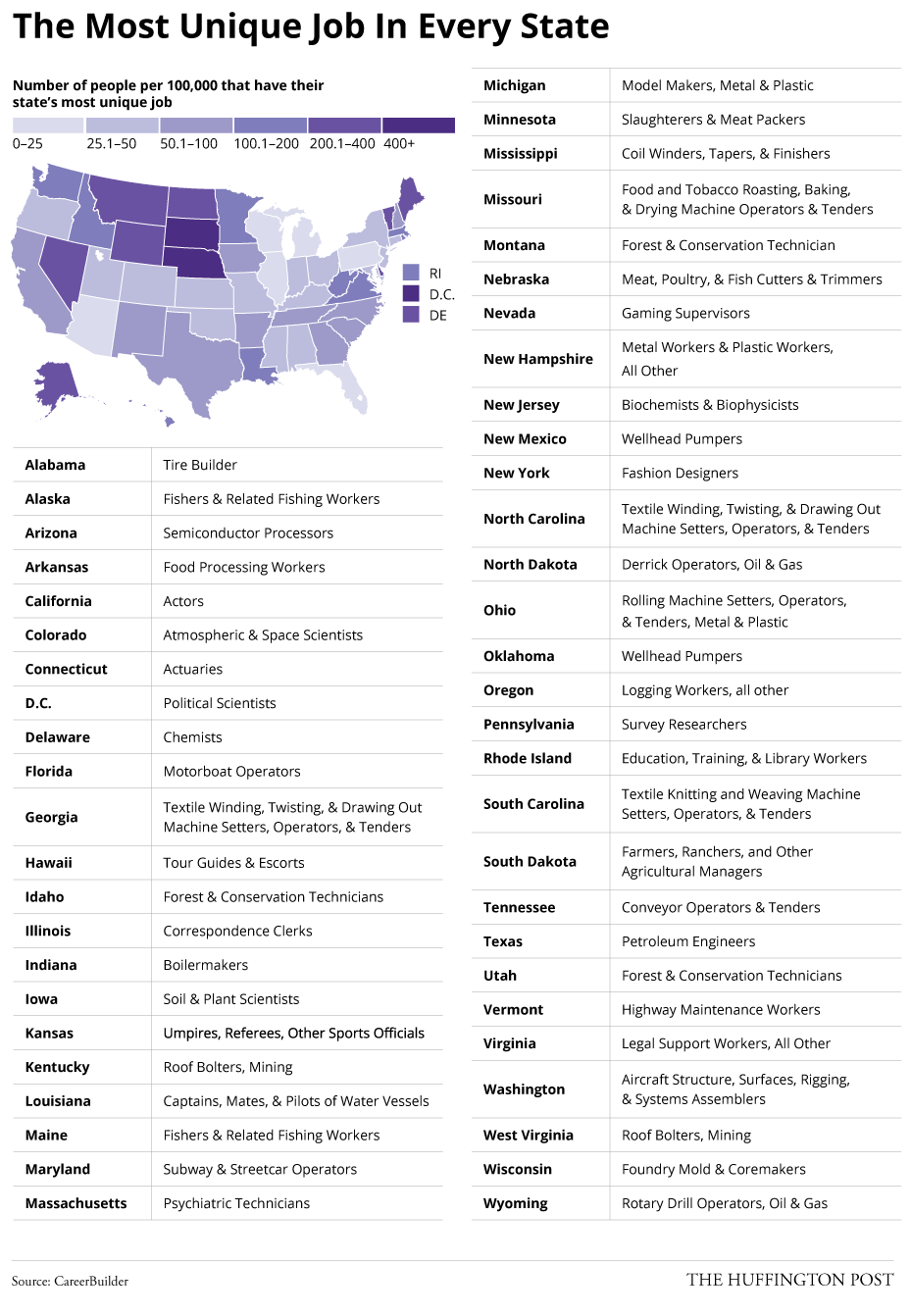