Walking around Unite LA, it hit me how monumental of a year 2016 has been for gaming -- and for Unity in particular, a company that saw a whopping 5 billion downloads of games created in its engine in the third quarter alone. As the industry leader in game development, Unity's conferences have become a staple for game developers worldwide, but this gathering hosted an increasingly diverse batch of professionals among its 1600+ attendees. That was no accident. Sylvio Drouin, Executive Vice President of Unity Labs, explained that, though the company has expanded and evolved tremendously over the past decade (Unity Labs formally debuted earlier this year), the core vision has remained the same: make it easier for developers, artists, and creators to produce their work.

"One of our goals at Unity is to make it simpler to actually create content, make it more accessible," said Drouin. "It's not just developers now. It's artists, it's content creators, filmmakers, journalists; it's all sorts of people who want to create content and don't necessarily have the experience of coding. Pretty much all of what you saw today is about that: our continuous effort to actually make it easier for developers and content creators." 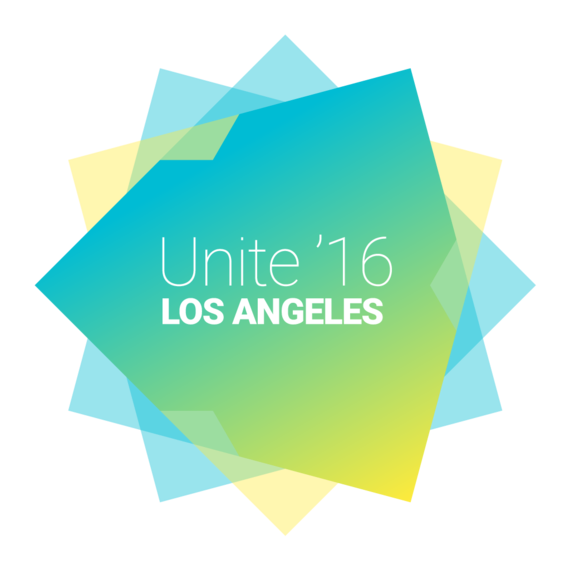 With VR and AR industries growing in staggering exponents, we also saw a special emphasis on gearing Unity to accommodate development for New Reality media.

"Unity's position in the VR space is already unbelievable; we power 70 or 80% of everything that's created for VR and AR," said Drouin. "So our role is not to become complacent and arrogant but to really listen. How do we provide our developers the right tools for the killer apps that are going to be discovered in coming years?"

To that end, the opening keynote on Nov. 1 featured a variety of announcements that directly impact Unity's stake in the New Reality arena.

Tony Parisi
Toward the close of a keynote stuffed with big news (read on), Unity announced that VR pioneer Tony Parisi had been hired as its Head of AR/VR Strategy. Parisi is known for his work on Virtual Reality Modeling Language (VRML), a tool for creating 3D environments on the Internet, in the mid-90s. As would be expected, the vision of VR and AR Parisi shared when he took the stage extended far beyond gaming. 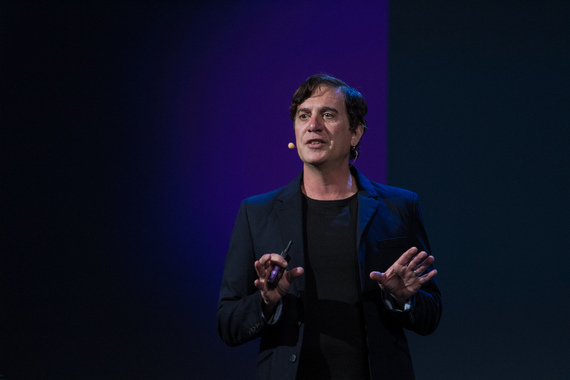 So, with that said, what exactly does Unity have in store to help creators maximize their VR content and innovate the form?

EditorVR
Developers and artists alike have been awaiting the release of this tool since its announcement at Vision Summit in February, which Unity Labs Principal Designer Timoni West and Principal Engineer Amir Ebrahimi acknowledged straightaway.

"We've been hard at work since February, haven't we?" said Ebrahimi.

"It's been a long couple months," said West. 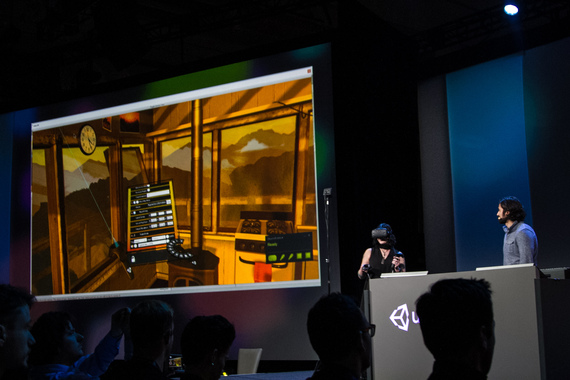 For those who may not have heard: imagine if you could design games and VR experiences from inside VR. With EditorVR, the dream is, well, reality. This is in keeping with what Drouin sees as Unity's responsibility: to continually research and develop new techniques and technologies that allow artists to author the highest quality content possible with the least friction.

"There was a lot of struggle for the developer with moving from coding on the 2D screen back to the headset, back to the screen, back to the headset, and so on," said Drouin. "So with EditorVR, we basically gave them a way to actually lay out and edit complex scenes in VR itself without this back-and-forth between between the editor and the VR environment." 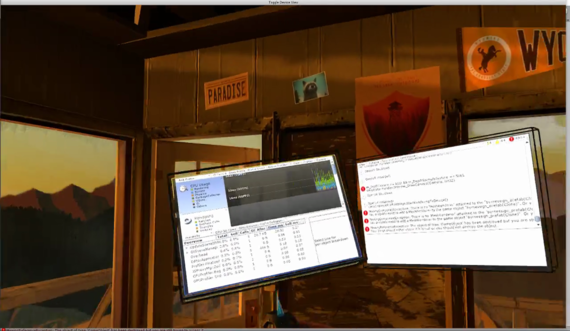 West and Ebrahimi confirmed that EditorVR will be available in December. To boot, it will be entirely open-sourced, with an open API to adapt the tool to suit a given user's unique needs.

"As we were working on the user interface, we said, 'We might not have all these answers, because there's so much to discover in VR, there's so much that needs to happen in the coming years, why would we pretend to have all those answers?'" said Drouin. "So what we did is we made it open. We said, 'Let's provide the APIs we've used to make our own controllers and user interface and make them available to everybody so that the community can run with that and implement their own controllers and their own tools, and by themselves find those answers that haven't been found yet.' Because I believe that VR is a very long-term play; it's a multi-dimensional storytelling platform that we haven't learned to control yet. We don't really understand it." 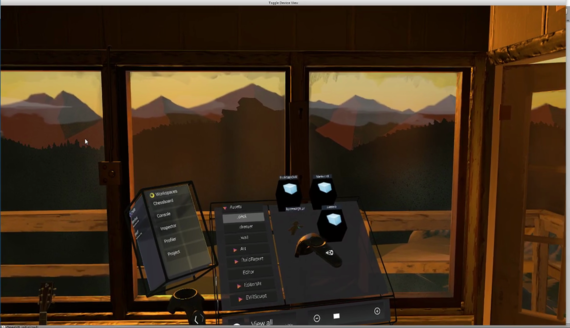 EditorVR has the freeform building component of applications such as Tilt Brush, Medium, and Quill, but with a distinct focus on game design, with handy assets for common objects and an intuitive interface for positioning them. The result: EditorVR is one of the most monumental developments in VR to date. And while it's obviously great news for VR devs, this tool will have just as much application for traditional games.

Video Player
Unity also put their money where their mouth is in building a cross-platform video player from the ground-up. Dioselin Gonzalez, VR Principal Engineer at Unity Labs, took to the stage to explain that this all new player will allow users to easily import and play 4K, rendered 360° videos. 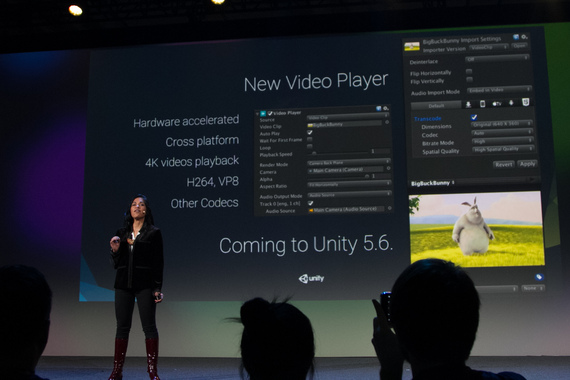 This tool will streamline how we navigate among and edit 360° video, addressing what has become one of the biggest bottlenecks in the production pipeline for immersive filmmakers. In so doing, it grants auteur and novice alike a heightened degree of latitude in creating 360° cinema, thereby nurturing its growth as an art form. Maybe most exciting to this writer is the cross-pollination a tool like this can generate between 360° cinema and Responsive VR. 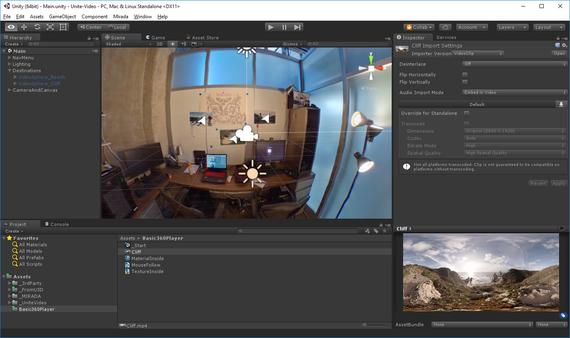 Octane Render
In partnership with Otoy, Unity also announced an upcoming version of its software replete with Octane Render, which will boost Unity's real-time processing by rendering assets offline for a variety of content, including 360° video and VR. 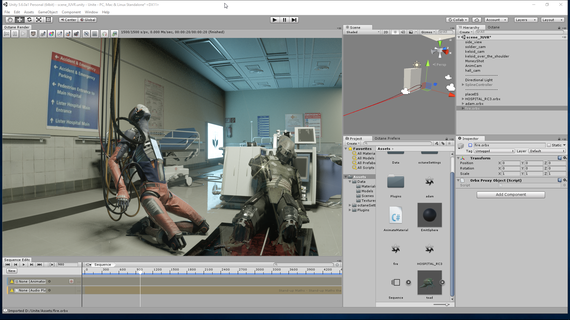 Timeline
And other tools still will amplify the power and robustness of Unity's system. In line with becoming more artist-friendly, Timeline was introduced to bring track-based sequencing to Unity Editor. Using a "drag and drop" method, creators can choreograph elements (sounds, events, videos, animations, et al) in Unity to generate more elegant, cinematic story content (such as cut-scenes). 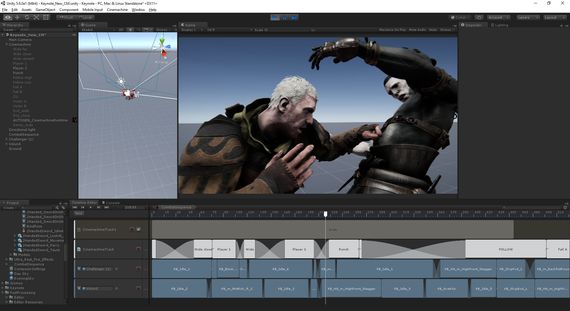 "Graphics are at the core of everything we do, and today's updates will ensure Unity developers have a strong foundation for creating compelling content across all platforms," said Unity Technologies CEO John Riccitiello. "And with new tools like EditorVR and Timeline, we continue to focus on solving hard problems for creators today, enabling success, and laying the groundwork for years to come."

If Unite LA is any indication, there's already a vibrant global community surrounding Unity, and all this new tech will only draw more parties on-board. To capitalize on this growing base and foster the ecosystem, Unity Connect has officially entered its open beta. As the gaming and New Reality industries grow, it's important that there's a space for professionals and enthusiasts to find each other to build progressively better content; Unity Connect is a free talent marketplace, where professionals can showcase their skills and portfolios as well as post job/task listings.

"One of the big draws to Unity has always been the openness of its ecosystem; that's how we grew and became so popular," said Drouin. "We're excited about Unity Connect because we believe it will create a huge network of developers and artists and writers and user interface designers and all sorts of specialists that we don't even know yet for VR."

And speaking of collaboration, Unity is keenly aware that a system this expansive depends on the cooperation of larger bodies at different points in the pipeline. At the opening keynote, they also announced key partnerships with Facebook, Google, Nintendo, Xiaomi, and Vuforia.

Facebook
After the wealth of revelations from Oculus and Facebook at Oculus Connect 3, it's hard to believe there could be anything left to announce, but the social media company took the occasion of the Unite keynote to announce Facebook Gameroom, the definitive answer to two months of speculation about collaboration between Facebook and Unity. 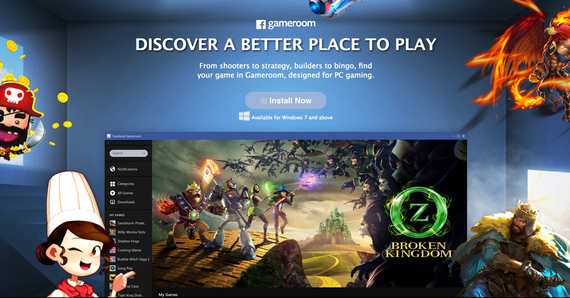 Furthermore, they announced open-beta access of their export-to-Facebook feature in Unity Editor to all Unity developers. We can spot a clear trajectory following the aforementioned OC3 announcements; Facebook is continuing to bolster its relevance in the social sphere by weaving itself into the fabric of gaming and immersive media.

Google
Fresh on the heels of Pixel's critical acclaim and the reveal of Daydream, Google dropped an official launch date for Daydream (Nov. 10), and confirmed a native Unity integration is on deck for Unity 5.6. 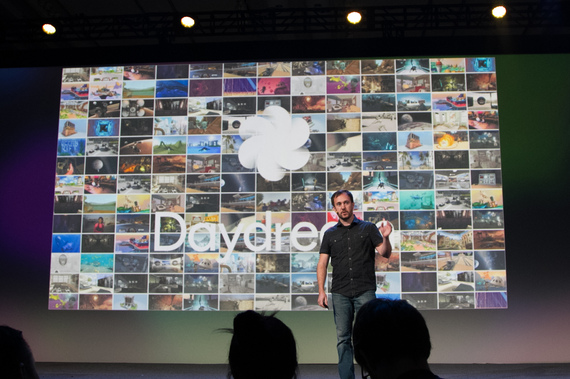 Furthermore, the Daydream Home storefront will give creators the opportunity to promote deep-linked content for better consumer reach, and since the Play Store will be compatible with VR, users will be able to browse and buy apps and experiences directly from within VR.

Nintendo
The Internet's been abuzz with chatter about this new Nintendo platform, and as rumors mount about the new flagship, Unity announced support of the console at launch. Further enmeshing the two companies, Unity also announced that Nintendo's first smartphone-specific game, Super Mario Run, was built in their system.

Xiaomi
Many Westerners might not fully grasp the significance of the exclusive relationship solidified between Xiaomi and Unity at Unite, but this is stealthily one of the biggest announcements of the entire conference. Xiaomi is China's leading Android manufacturer, and host to one of the country's largest app stores. This agreement means Xiaomi will aid Unity developers in licensing in the Chinese market, allowing for more fluid transitions to and integrations with the region's market, giving them unprecedented access to the booming Chinese gaming community.

Vuforia
Vuforia has already established itself as an augmented reality (AR) frontrunner -- Activision, EA, LEGO, and Square Enix are just a handful of the developers who have constructed their tools using the platform -- but now, Unity has announced native integration to support and accelerate content creation using the platform. 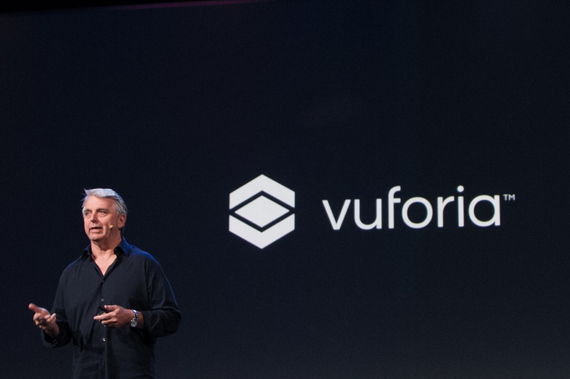 There's more to say about AR than can reasonably fit here; many are predicting it will become an even bigger industry than VR. That being the case, this formal partnership points to big things. With cutting-edge innovations such as VuMark, Vuforia is blasting open the doors of our future reality, and now it will be easier than ever for creators to produce groundbreaking new AR/MR apps, content, and everything in-between.

Nov. 1 closed out with the 2016 Unity Awards show to honor a variety of different content created on the Unity development platform. This year's winners are listed below, and a video of the ceremony can be seen here.

Ever the innovators, the team at Unity is already hard at work on upcoming improvements in their system. Namely: artificial intelligence. With the hire of industry expert Nicolas Meuleau as the Director of AI Research earlier this year, they're already on the road to discovering new intersections of these technologies.

"There's a lot of effort that we're putting toward AI and machine learning and the concept of what we call a 'smart ask,'" said Drouin. "Say you drop a wheel there and then you drop a car nearby. The wheel will know that it's supposed to be hooked on the car and the car will know it's supposed to drive on the road -- assets will understand each other. They will grow and evolve. You start with a house and you can modify this house completely with verbal intent. All this is in the future, but we're working on it every day -- all toward the simplification of Unity. Every time we simplify Unity we get new developers. We want to make it as easy as possible to create content."