Freedom is an issue of justice, in both the real and virtual worlds. That's why the United Church of Christ ralllied outside the Federal Communications Commission (FCC), ahead of the vote on new net neutrality rules. The Office of Communications, Inc. (OC, Inc.), which is the UCC's DC-based media justice ministry, joined the Rally to Save the Internet organized by Free Press on Thursday.

Cheryl Leanza, OC, Inc., policy advisor said in an email to The Huffington Post, “We at the UCC know what it is like not to have our voice accepted in the media. Many years ago, when [the UCC] tried to buy advertising time on television welcoming gay couples, we were rejected. We don’t want that to happen to the Internet.” 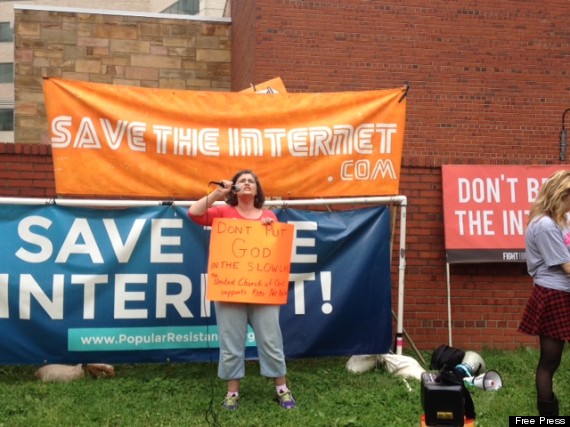 Net neutrality is a principle that supports a free and open Internet, preventing providers from discriminating against the content shared on the web. The FCC voted 3-2 on Thursday to "invite public comment on a set of proposed rules aimed at guaranteeing an open Internet," according to the New York Times.

The UCC's media justice ministry published a list of "10 Reasons Net Neutrality Matters to Progressive Christians" in January, citing examples of what could happen if net neutrality was not protected. The list said in part:

In this new paradigm, the Internet is destined to become centralized like cable and broadcast TV. Content could be rejected by network owners. The UCC knows first-hand what it is like when big media companies decide our content is “too controversial.” In 2004, the UCC’s ads welcoming the LGBT community were rejected by CBS and NBC affiliates. Could we have to pay extra for our videos to reach their audiences without stopping to buffer on the Internet?

This isn't the first time that the UCC has faced off against the FCC. The OC, Inc. was founded in 1959 after Martin Luther King Jr. encouraged the UCC's Rev. Dr. Everett C. Parker to reform television stations in the south who were plagued with bias when covering the nascent Civil Rights movement. According to the OC, Inc. website, "It not only forced the FCC to take away the broadcast license of WLBT-TV in Jackson, Miss., but it also established the legal right of all citizens to participate in FCC proceedings" after years of litigation.

Today's rally is another example of the UCC's work to push for a "a more just, accessible, diverse and accountable media." They join 85 other organizations, including the ACLU and Reddit to advocate for justice on one the most important issues of our time. Equality in freedom of expression for all religions and organizations is at stake. 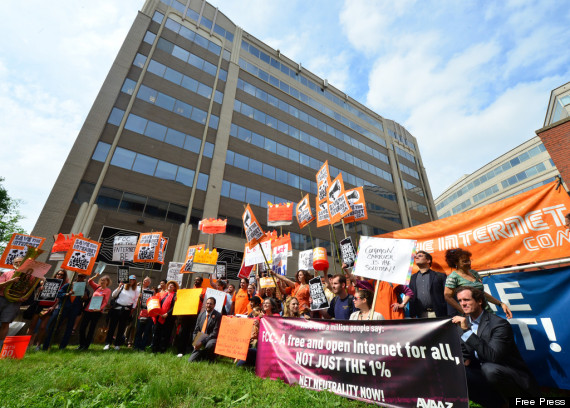 The United Church Of Christ And Net Neutrality: Why The UCC Is Fighting For A Free And Open Internet
Leading Christians on Twitter