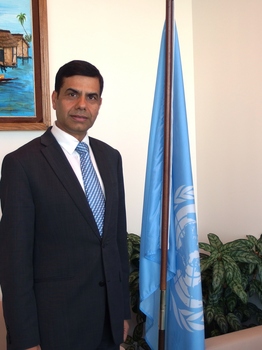 I was a panelist at a book discussion during the just concluded 2014 Port Harcourt Book Festival, and the book we discussed was "Interventions: A Life at War and Peace", by Kofi Annan and Nader Mousavizadeh. In course of the interaction we discovered that, over the years, popular opinion of the United Nations has been of an organization made for the elite first-world nations to discuss their selfish interest, rather than an organization for "We the peoples..." as the UN Charter says. However, all that is slowly changing.

October 24th was United Nations Day and my guest, Mr Gyan, is saddled with the job of bringing the impact of the UN down to the worlds most vulnerable countries. USG Gyan Acharya is the High Representative for the Least Developed countries, Landlocked Developing countries, and Small Island Developing States.

In course of this stroll, we discussed the 69th General Assembly; the work going on at the UN-OHRLLS; the MDGs; and much more. Here's my conversation with USG Acharya;

Ebenezar: Thank you so much for making out time to speak with me Mr Acharya, I really appreciate it.

Ebenezar: I also want to welcome you back from the United Nations General Assembly (UNGA) Week. I know that week is always busy for everyone at the UN building, considering the fact that leaders fly in from all over the world for rounds of meetings. Did you get the chance to discuss with different world leaders of the least developed countries, landlocked developed countries, and small island states?

USG Acharya: With only a few weeks to go before the Second United Nations Conference on Landlocked Developing Countries starts in Vienna, I briefed the UN in New York on the progress made so far towards the event. Participants from governments of LLDCs, transit developing countries and donor countries, UN and other international organizations and the private sector will meet in Austria, Nov. 3-5, to shape the landlocked developing country development agenda for the next decade. The GA Week was a good opportunity to update on our progress for this event. I had a lot of bi-lateral meetings over the week and my office also held a meeting of Ministers from Least Developed Countries. 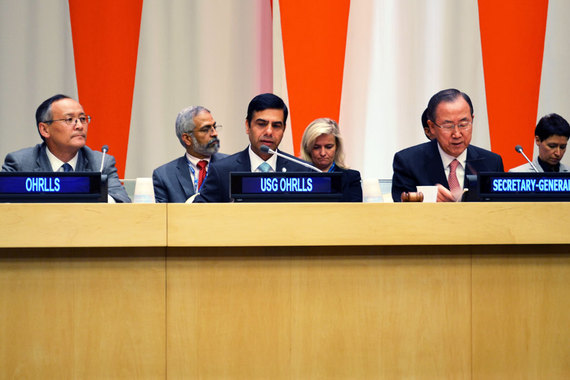 Ebenezar: Okay, That's great. Still on development, when we think of ways to help developing nations, the first thing that comes to mind is money and how the UN can donate some billions to help these nations, but besides monetary aid, is there anything citizens of small island states and the least developing nations can do to foster their own growth?

USG Acharya: The central theme of 'partnerships' is one that my office is fully committed to. We are working with all partners on SIDS issues because, SIDS are the special case in terms of their environment and development challenges. A Private Sector Partnerships Forum was convened on August 30-31, 2014, in Apia, Samoa, by UN-OHRLLS, jointly with the Government of Samoa and the Samoa Chamber of Commerce. The objectives of the Forum were: First, to provide a platform upon which effective, innovative and concrete partnerships could be developed, strengthened and announced by private sector actors, both from SIDS as well as those from their development partners, second, to support the implementation efforts of SIDS sustainable development priorities; third, to facilitate the sharing of information and best practices in the pursuit of sustainable development; and fourth, to allow a platform for dialogue between private sector and political leaders, on policy related matters.

It was important that a dedicated private sector forum was organized on the margins of a SIDS conference and has contributed to further strengthening collaboration with the private sector and fostering partnerships - at national, regional and international levels - to support SIDS efforts in achieving their sustainable development aspirations.

Ebenezar: Okay? And what development areas will this forum focus on?

USG Acharya: The Forum focused on seven thematic areas: Oceans and Marine Resources, Connectivity (through ICTs and Transport), Sustainable Agriculture, Sustainable Tourism, Disaster Risk Reduction, Renewable Energy and Financing & Support Measures for SIDS Private Sector. While these areas are not new nor are they emerging issues for SIDS, they do however remain high on the development discourse for SIDS. The Forum took a holistic approach in recognizing the cross-cutting nature of these thematic areas including issues concerning: women in business, informal sector integration, capacity development, ease of doing business and access to inclusive finance 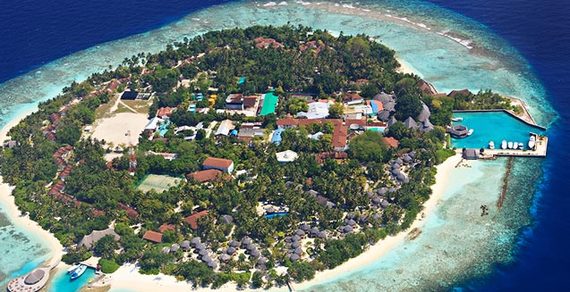 Ebenezar: Wow, that's a big step in the right direction, sir. Well done. On World Environment Day I was with UN Goodwill Ambassador and polar explorer, Mr Robert Swan, and in course of our stroll we discussed the 2014 theme which was "Small Island States and Climate Change". I'll like to know what your take is on this; how can small island states adapt to climate change?

USG Acharya: Climate change is an increasingly significant threat to the globe, and SIDS are on the front lines in dealing with the adverse impacts of this phenomenon. While SIDS contribute less than 1% to global green house gas emissions, they bear the greatest burden to the multiple impacts of climate change. In June of this year, the climate-vulnerable Marshall Islands suffered from severe flooding due to storm surges and high tides. The words of the Marshallese Minister Mr. Tony deBrum in receiving an emergency response team from the United States were poignant. He said simply, "Welcome to climate change."

Ebenezar: Haha, Wow, perfectly described by the minister, but it's sad you know?

USG Acharya: Yes it is, and SIDS have long been the moral voice on raising awareness on this, the most challenging issue of our time. For a number of them such as the Marshall Islands, climate change is a matter of survival and they are all too aware of the potential its adverse effect has to destroy decades of capital investment and hard-fought development gains, often followed by slow and costly recovery.

Renewed and accelerated efforts are needed to place oceans and marine science at the heart of the sustainable development agenda for SIDS. The Oceans, for SIDS, is an issue that clearly cuts across the economic, social and environmental dimensions of their sustainable development objectives. Despite the fact that today, less than 2% of the world's oceans are under some form of protection, SIDS have demonstrated leadership in managing the marine resources that occur under their respective jurisdictions. The need to build capacities, partnerships and scientific know-how remains a crucial component for SIDS' sustainable development.

The international community needs to support investments in SIDS to develop science, technology and innovation for sustainable development, with specific emphasis on research and development, in accordance with national interests and priorities. 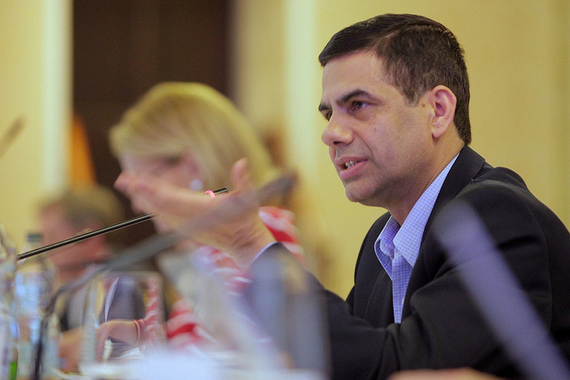 Ebenezar: In 2010, you were fully involved in the Millennium Development Goals Mid-term review. 2015 is just next year, and that's our deadline. How will you rate the performance of the world in line with achieving these goals?

USG Acharya: The MDG's are a great leap forward as the contribution of UN to the development issues. But the SDGs will have to be a game changer for the people and planet. The post-2015 development agenda is of crucial importance for LDCs. As we all know, LDCs have made considerable progress, but still lag behind all others in reaching many internationally agreed goals, including the MDGs. For example, LDCs have twice the share of their population in extreme poverty, as compared to all developing countries and in some of them the poverty rate is higher than 80%. The same applies to the prevalence of hunger. They also face low levels of social and human development. Maternal and child mortality rates have been reduced by half, but LDCs started from very high initial conditions. LDCs have 880 million people with lowest development indicators and the number of people living in current LDCs is expected to double over the next 40 years.

Ebenezar: Thank you so much for your time, USG Acharya, I wish you all the best in your work.

For more about the UN Office of the High Representative for the Least Developed Countries, Landlocked Developing Countries and Small Island Developing States, visit unohrlls.org.

This Interview was first published on THE STROLL to #Observe United Nations Day 2014
(Images Credit: UN-OHRLLS and UN Photos)