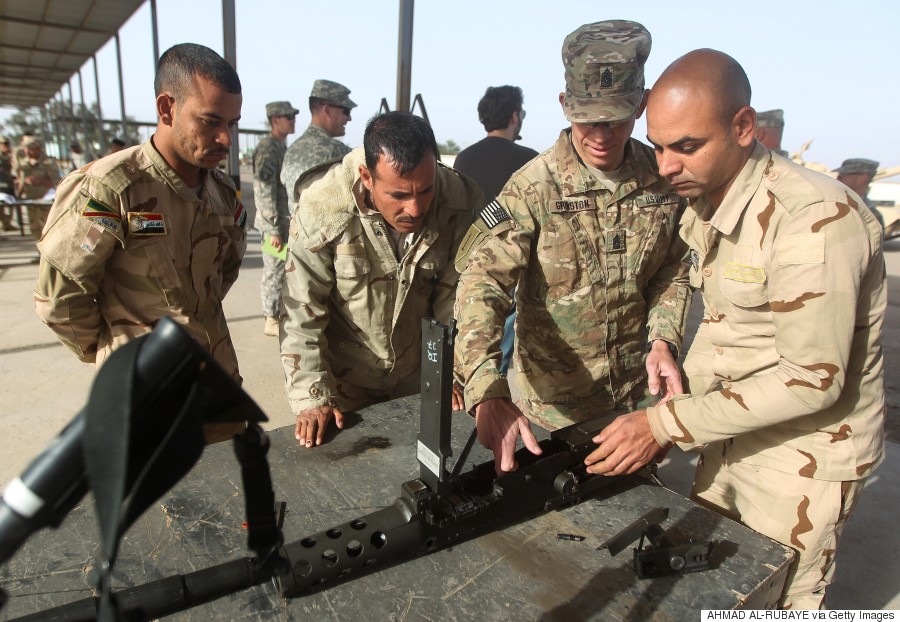 American military trainers show Iraqi soldiers how to use American weapons during a training session at the Taji base complex north of Baghdad on Jan. 7. The complex hosts Iraqi and U.S. troops. 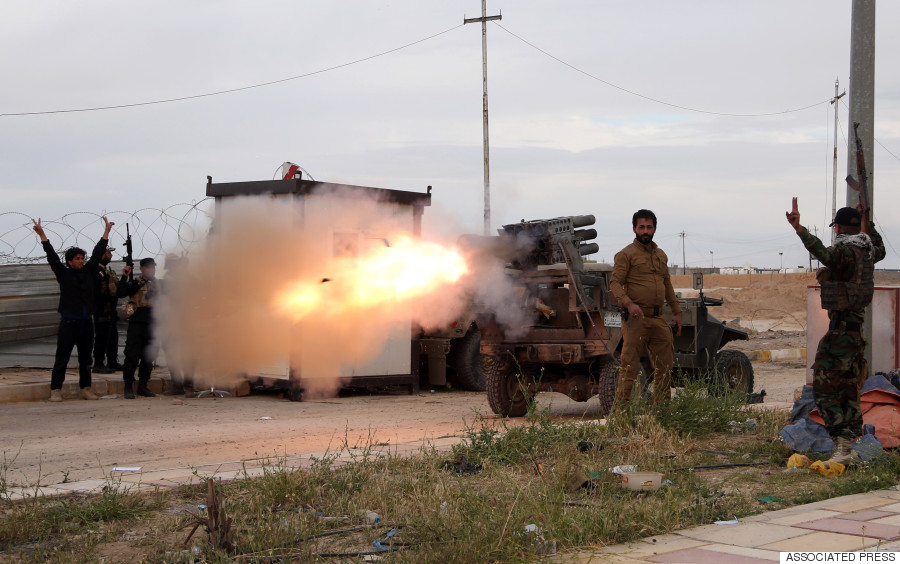