It was only a matter of time before there was a television series devoted to bacon. Bacon fiends should start setting their DVRs because the Destination America channel, owned by Discovery, will premiere "United States Of Bacon" on December 30 at 10 and 10:30 p.m.

The series follows California Chef Todd Fisher for 12 episodes (he also hosted Destination America's "United States Of Food") as he travels across America in search of the tastiest bacon dishes. In the first episode, Fisher samples a chunky peanut butter bacon cheeseburger, checks out a daily bacon happy hour, eats a garbage platter with five kinds of meat and then has some bacon-wrapped meatloaf and bacon cheddar apple pie. The second episode brings even more gluttony including deep-dish pizza and a triple-decker BLT.

Destination America has partnered with BaconFreak.com so viewers can get special deals on bacon-related merchandise.

This new TV show reminds us of the bacon barter stunt a few months ago, when comedian Josh Sankey traveled around the country using bacon as currency. We can't help but wonder where bacon is headed next -- a feature-length film?

Check out some photos from the "United States Of Bacon": 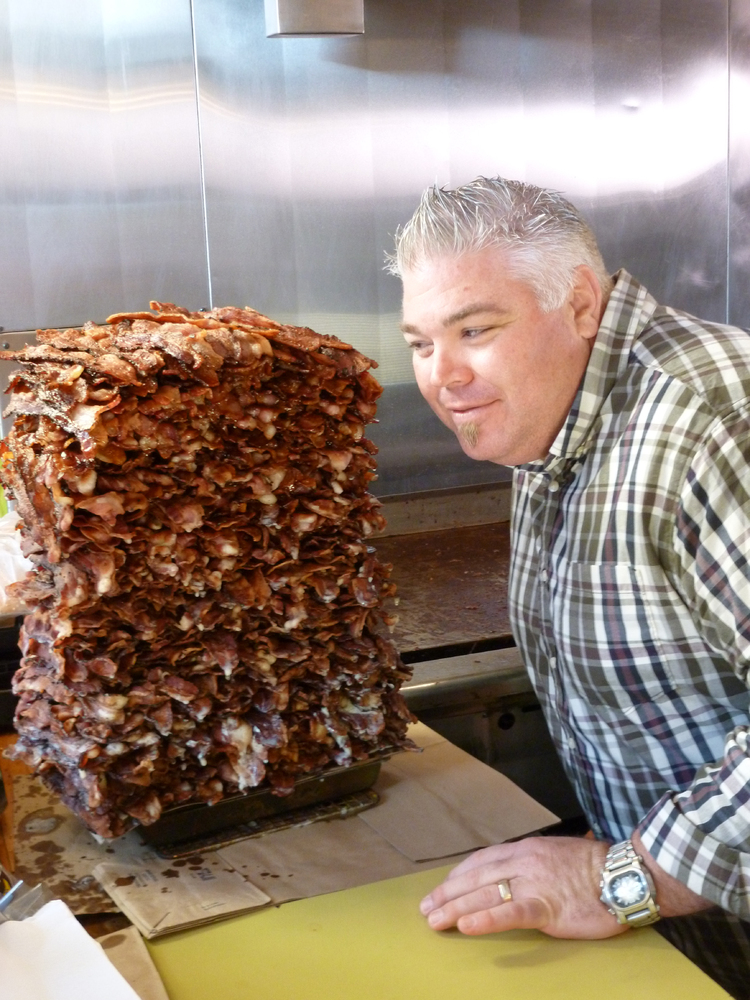