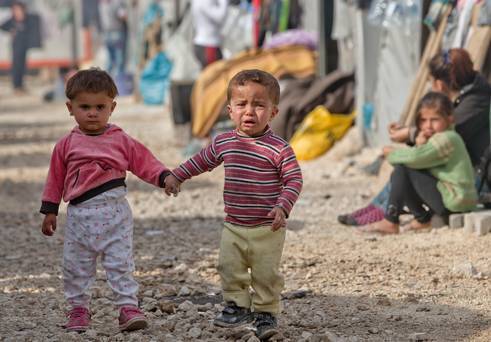 "I am so jealous of people who have a strong sense of belonging to a country," said Duaa, a 16-year-old college student. Then, she couldn't stop herself from bursting into tears and made most of us cry...

This was a year ago when I was on a trip in the area known as the Triangle in Israel. I had an opportunity to visit al-Qasame College in the town of Kafr Qasim and met some Arab-Israeli students. In the school are more than 3,000 Arab students studying a variety of subjects, from science to the liberal arts. They were born and raised as a minority in Israel, cut off from the Palestinian community over the wall.

Most of those youths were confused when asked about their identity. As a Turkish Muslim immigrant mother of two preteens in North America, it's not a challenge for me to understand the difficulty of self-identification they have. Yet, their struggle for identity is even more complicated. While a few of them were apparently comfortable being Israeli and did not have anything to say about the suffering of Palestinians in the West Bank or Gaza, most of them seemed confused or uncomfortable about what to say. Some said they were Arabs. Some said they were Palestinian, but the most common answer was "Arab Israeli." After a heartrending and intense discussion, one of them, Duaa, declared, "I do not feel like Israel wants me, and I do not feel a part of the Palestinians."

Those students weren't talking about bombs or borders when discussing the Israeli-Palestinian conflict. They spoke about how in their everyday lives they feel isolated -- just like their Jewish Israeli peers -- how they live as "the other," the minority, the enemy within. Sadly, many said that they were hated by their own country when talking about Israel. However, they were hopeful for the future and excited to able to vote in national elections when they are eligible. Arab Israelis make up about 20 percent of the population of Israel, and they want to play a role in whatever resolutions are finally created for the region.

The Triangle is the area of high Arab population in eastern Israel, with the 1967 boundary. I could easily relate it to southeastern Turkey, with its concentration of Kurdish citizens. Those teens were just like their peers in southeastern Turkey. After the Ankara bombing, seeing the beautiful young people who had been killed, I was heavy-hearted and remember that day in Kafr Qasim and those Arab-Israeli teens. 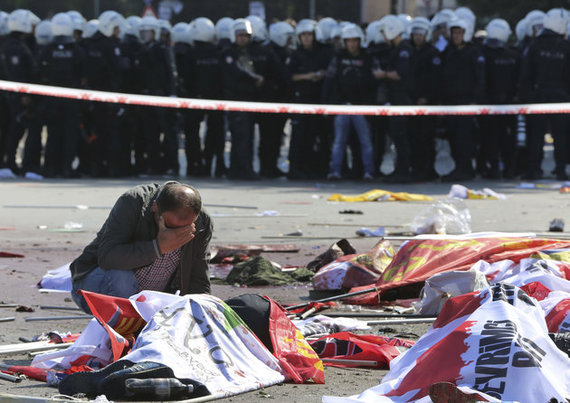 When talking about a conflict, it is crucial not to forget our children. It's time for Turkey's people to face the fact that birthrates among Kurdish citizens are much higher than among Turkish citizens. When crafting a solution for the Kurdish conflict, we cannot ignore the fact that Turkey's population is different to how it was 20 years ago, and will be different in 20 years' time. Thus, solutions for today, especially in the light of developments in Iraq and Syria, should be far-sighted and solid to be able to remain for future generations. Some might not like it but in the long run, the expectation of Kurds for the full recognition of their identity and rights is irreversible.

In these dark days, for many analysts what happened on Oct. 10 in Ankara was the end of the Turkish Republic. Not in the sense of the territorial integrity of the country, but the rage and polarization among different groups. First of all, Turkey has long been divided by a number of fault lines. There has always been tension between secular and religious people, Sunnis and Alevis, Turks and Kurds and leftists and rightists. Yes, polarization has increased due to the divisive leadership of President Recep Tayyip Erdoğan and his Islamist Justice and Development Party (AK Party), but it's not new.

Today, the biggest problem between the sides is trust. It's time to stop blaming each other and understand what "others" feel. If there is a deep division, let's take a place on the optimistic side and speak out to say that it's time for resurrection as a nation. Re-establishing the unity of the country is not impossible with sincerity and genuine efforts and only a true grassroots movement could bring that about.