Testing for cancer may soon be as simple as a pinprick.

Researchers in the United Kingdom say they are developing a "universal" blood test to detect cancer.

So far, the team from the University of Bradford has tested their "lymphocyte genome sensitivity test" on patients with melanoma, lung cancer and colon cancer. They say the test identified malignancies and precancerous conditions with a high degree of accuracy.

The test uses a specific wavelength of ultraviolet light to measure damage to white blood cells, which fight off infection.

"White blood cells are part of the body's natural defense system," lead researcher Diana Anderson, a professor in the university's School of Life Science, said in a written statement. "We know that they are under stress when they are fighting cancer or other diseases, so I wondered whether anything measurable could be seen if we put them under further stress with UVA light."

Anderson and her colleagues took samples of white blood cells from 208 individuals, including patients with cancer, others with precancerous conditions, and healthy subjects. Then the researchers exposed these blood cells to UVA light. What they discovered was a significant distinction between damage to the cancerous cells and the cells from healthy patients.

"We found that people with cancer have DNA which is more easily damaged by ultraviolet light than other people, so the test shows the sensitivity to damage of all the DNA -- the genome -- in a cell," she said in the statement.

The blood test is still in the early stages, and the team says they will need to test the method on other types of cancer. Still, the use of ultraviolet light shows promise as a cancer diagnosis tool, especially since current methods tend to be costlier and more invasive.

However, some cancer researchers have their doubts about the effectiveness of the test.

"Overall, this is a small study with very significant limitations," Shirley Hodgson, a professor of cancer genetics at St. George's, University of London, told BBC News. "A much bigger experiment, including better-controlled groups of patients, is needed before we can determine how useful the test could be in cancer diagnosis."

Though researchers have their work cut out for them, the fact that blood tests have also been used to detect other types of cancer, like breast cancer, suggests that a universal test might not be too far-fetched.

The research was published online in The Federation of American Societies for Experimental Biology Journal. 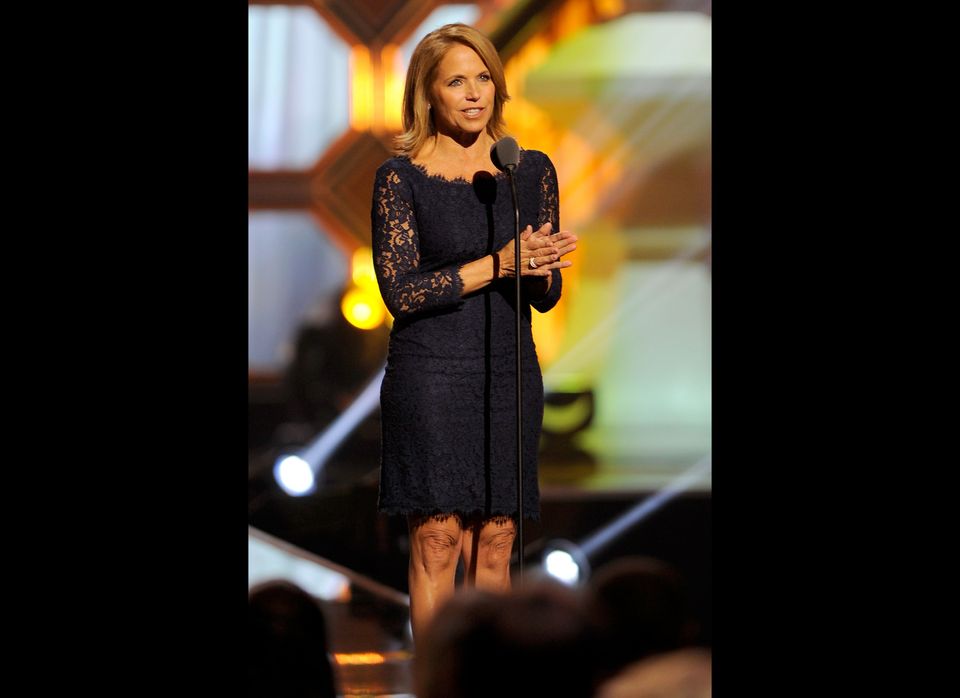 1 / 12
Katie Couric
The news anchor lost her husband, Jay, to colorectal cancer in 1998, and she "became <a href="http://today.msnbc.msn.com/id/4602812/ns/today/t/katie-couric-i-must-share-vital-information/" target="_hplink">determined to share my newfound knowledge</a> about this deadly disease with the public," she wrote online. She launched the National Colorectal Cancer Research Alliance to help educate people, opened the <a href="http://monahancenter.org/" target="_hplink">Jay Monahan Center for Gastrointestinal Health</a> at New York Presbyterian Hospital/Weill Cornell Medical Center and later <a href="http://www.standup2cancer.org/su2c/about_us/co_founders" target="_hplink">co-founded Stand Up To Cancer</a>.
Getty