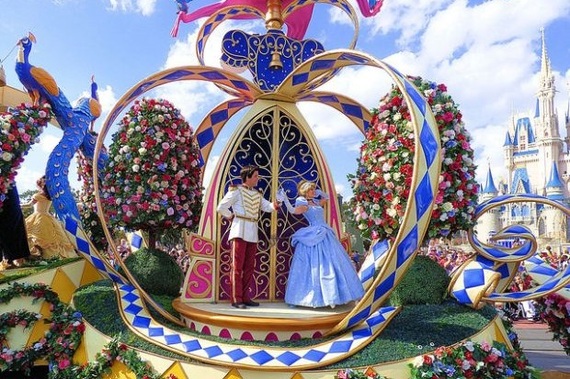 With Walt Disney World and Universal Orlando mere miles from each other, it's tempting to squeeze both theme parks into one vacation. After all, each park offers something different for each member of your family: maybe the younger kids have visions of Cinderella's Castle and meet and greets with Goofy, while your teens dream of loop-de-loops on The Hulk and wandering through The Wizarding World of Harry Potter's Diagon Alley. But can you fit both Universal Orlando and Disney World into one vacation without everyone dropping dead from exhaustion, or should you focus on only one experience? On a recent trip to Orlando, Florida, I visited both, but some family travel experts make a case for experiencing just one.

See: Best Things to Do in Orlando

Why you should pick only one
Plenty of families head into their Orlando vacation planning to split time between Disney World and Universal Orlando, but that's not necessarily a one-size-fits-all strategy. "Whether that makes sense for a particular family depends an awful lot on kids' ages, interests and the time of year," said Suzanne Rowan Kelleher, family vacations expert at About.com.

"There's a lot to be said for 'less is more' when it comes to theme park vacations," Kelleher said. "I would recommend picking either Disney or Universal, and leaving enough downtime to spend an afternoon or a day relaxing at the hotel pool."

If you have younger kids, trying to jam two sets of theme parks into one trip may only lead to fatigue-induced tantrums. Younger kids tend to favor the Disney parks, thanks to their plethora of princes and princesses, kid-friendly rides and costumed characters, while teens are more likely to be attracted to the bigger thrills offered at Universal Orlando and Islands of Adventure.

Mindi McMillan, who traveled to Orlando with her husband, parents and four teens last October, said that Universal was the perfect trip for teenagers, especially for her family of Harry Potter fans. The group only went to Universal parks, spending three days there -- one day at each park, and the third day riding all of their favorites rides at both parks again.

"It's hard to get an 18-year-old to smile at a theme park with his parents, but our kids were having so much fun," she said. McMillan also found that three solid days allowed them to focus on every little detail put into each ride and themed area, especially Diagon Alley at Universal Orlando.

Aside from your family's interests, the time of year and the length of your vacation should also play into your decision. You may have better luck seeing everything you want in a shorter time during fall or winter (when it's not peak season at the parks) and if you have seven days for vacation versus three.

And while it's no surprise that there's plenty to keep families busy at Disney World's four theme parks, multiple resorts and water parks for a week or more, many travelers may be surprised to find it's possible to spend a five-day vacation solely focusing on Universal.

"I think that's one of our under-told stories, really," said Jimmy Clarity, public relations coordinator at Universal Orlando Resort. "This place has grown so much over the last several years that it is now a destination unto itself. You can literally take a 'Universal Orlando vacation' now instead of just an 'Orlando vacation.' There's so much to do."

Another major factor to consider: cost. It's cheaper to buy a multiday pass at one set of theme parks than it is to add a day at a different set of parks. Keep in mind: You can save on theme park tickets by purchasing them on the Orlando tourism bureau's website. Current offers include your fifth day free at Disney World and your third day free at Universal Orlando.

See: 5 Hacks for Saving on Your Disney Vacation

Why you should pick both
If you're willing to sacrifice some time at one or both of the theme parks, you can squeeze both into one trip. "A super ambitious family could get a fairly comprehensive overview of both places in about a week," Kelleher said.

"The key is really in planning in advance -- and just having a plan in general," said Jeanenne Tornatore, senior editor for Orbitz.com. "First, you should do research well ahead of your trip and, as a family, determine what everyone wants to see and do. This will help you map out your days around shows, events and even reservations at specific restaurants."

When my family set out on this year's Orlando vacation, we decided to hit both parks. Since we've been to Disney World and Universal Orlando before, we already had favorite rides in mind, which made it easier to plan out which experiences we were willing to skip with the time constraints. This is where both parks' mobile apps were helpful, because they allowed us to easily check wait times, make meal reservations and make our FastPass+ selections at Disney World. Purchasing an Express Pass at Universal, which starts at $34.99 per person, especially during a busy time like spring break, also shortens your time in line for major rides.

To maintain our energy, we didn't get up early in the morning to be the first ones at the parks. Instead, we slept in a bit, arrived in the early afternoon to one park, headed back to the room for some rest and did most of our favorite rides at night. We love the nighttime atmosphere, plus the parks tend to clear out a bit with smaller children snug in their hotel beds.

Whatever you decide, try not to fill every day of your vacation with a theme park visit. Instead, allow for at least one day of relaxation for every three days spent at the parks to keep everyone's sanity -- and health -- intact. As Tornatore put it, "It's fun and wonderful, but it is exhausting!"