Universities are getting tough on environmental protection as they tackle challenges, through architecture, literature, hard science, and finance, bringing the new genre of climate-change fiction to life.

Students and professors worldwide are pushing the frontier of climate change research farther than ever this summer exhibiting their solar habitats at the Solar Decathalon, brainchild of the U.S. Department of Energy, near Paris until July 14th--Now there's a far-out exhibit to see juxtaposed against the 18th century Chateau de Versailles, with lines shorter than at the Louvre or the Musée d'Orsay!

Created in 2002, the Solar Decathalon challenges universities worldwide to build full-scale designs that use the sun as their unique source of energy. The event takes place every year, in America and Europe alternately. The Orange County Great Park in Irvine, California will host next year's Solar Decathalon in October 2015.

US-German team, which built an Inside-Out House, is one of the 20 teams selected to compete. 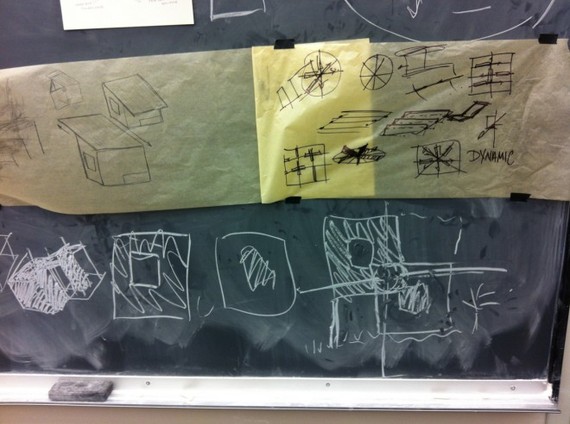 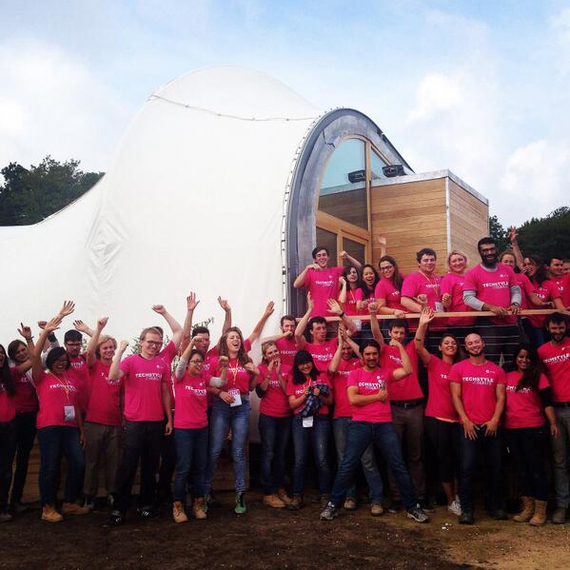 Rhode Island School of Design and Brown University students in front of their 'TechstyleHaus' in the 2014 Solar Decathlon Competition, Photo courtesy of Schnieder Electric NA

Universities were instrumental in encouraging Obama to take the plunge and announce plans to establish a Marine Sanctuary in the Pacific. Also feeling empowered, students these days are stocking up on innovative courses ranging from sustainable architecture, to climate change and culture, to deforestation.

On the literary front, cutting-edge universities worldwide are offering courses linking culture and climate change. Some hip new classes beckoning students back to school: Professor Jenny Bavidge's talks about the new literary genre, cli-fi, in 'Cli-Fi? Climate change and contemporary fiction' this summer at University of Cambridge; Professor Stephanie LeMenager's 'Cultures and Climate Change' offered at the University of Oregon; and 'Literature and the Environment' at University of California Santa Barbara taught by Environmental Humanities Professor Ken Hiltner, a Harvard Ph.D., to name a few.

You can vote on cli-fi favorites at Goodreads, and book stores are stating cli-fi sections. 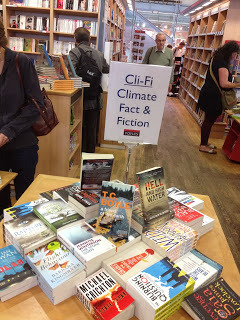 Haven't read any cli-fi yet? Maybe you have. One of the founders of cli-fi was Philip K. Dick's 1968 visionary book, Do Androids Dream of Electric Sheep? What kind of title is that? It's a much better title than 'Blade Runner', the Hollywood version with the animal edited out. It's a riddle.


Answer: In this seminal cli-fi story, man has created androids so lifelike, and has become so robot-like, that it's almost impossible to tell man and android apart. Humans have religion, though: animal worship, and it's empathy for animals that distinguishes human from android. Man over Nature has approached, not God, but robot. Now what? Picture protagonist Rick Deckard after the book. There he is on planet Earth, radioactive possibly due to costal nuclear power plant wreckage, lying in bed with his wife, trying to figure out what humans have over androids. It's not the sex. And humans are killers, just like androids. They've killed all the animals on the planet. There's nothing left, not one live animal, except in his dreams. Falling asleep, he thinks, "Yeah, but do androids dream of electric sheep?" Philip K. Dick could have said 'count', but he said 'dream of' with all its base, bestiality implications defining what it means to be man (screwing Nature), and reducing man to the lowest rung--or in the new animalist religion, the highest--as he tries to turn back into a beast.

If that's not rational enough for you, universities are offering plenty of hard climate science. Delaying the prevailing dilemma that corporations don't pay for the work that needs to be done, university students can now take courses like Stanford University's 'Forest Monitoring,' the world's first online course on deforestation and forest degradation mapping.
Deforestation is by no means an off-the-wall major. Deforestation is a huge, since it accounts for 20% of all greenhouse gas emissions each year. That's equal to all the transportation on the planet put together.

A degree in Deforestation could even lead to jobs, considering that the US government takes the environmental destruction posed by deforestation as a national security threat. The biggest deforestation emitter is currently Indonesia, where palm oil and pulp wood as well as logging companies have hired mercenary soldiers to slash and burn up to 90% of the country's national parks, rendering many species extinct. Why do we let this go on? "National sovereignty reigns: you cannot occupy another country even on UN SC authorization, not even to protect human lives from premeditated mass extinction, let alone ecosystems," says Sini Castrén, Indonesianist Recovery Consultant. "This deforestation proves how sick the human race is -- not interested in how their own children will live in 2030 or 2050."

Stanford researchers warn against the risks of palm oil cultivation. Researchers at the German Federal Institute for Risk Assessment (BfR) have issued a warning against consuming the substances contained in palm oil, after publishing their findings that palm oil contains carcinogenic fatty acid esters (3-MCPD and glycidol fatty acid esters). These hazardous substances are especially high in refined palm oil, an ingredient in infant formula. Chocolate spreads also tend to contain a lot of palm oil, a threat to children, who are especially vulnerable because of their low body weight in relation to the quantity of carcinogens they consume. However, demand for oil palms is predicted to increase threefold by 2050. All that palm oil we add to peanut butter is cheaper than the peanut oil taken out because palm oil is produced on land stolen from national parks.

Thankfully, the ivory tower is mixing with the real world like never before. Ready to become the first Catholic University in the United States to join the ranks of universities getting tough on pollution, the University of Dayton just announced its plan to divest $670 million from fossil fuel holdings and companies. 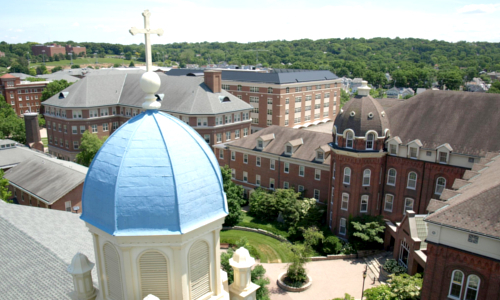 Whether in architecture, literature, hard science, or finance, universities are leading the way toward sustainability.

JL Morin is the award-winning author of Nature's Confession, a cli-fi novel coming out in January 2015