Days after being widely ridiculed for suspending a yoga class for students with disabilities due to concerns over "cultural appropriation," a student center at the University of Ottawa is now saying the class was scrapped because no one attended them.

"[No] one attended the classes so that's why we ended them, its not that hard to understand people, the fact that disabled people are getting harrassed [sic] over this is ridiculous," the university's Centre for Students with Disabilities said Monday via Facebook in response to criticism of its decision.

Yoga instructor Jennifer Scharf, who taught a class at the CSD since 2008, told the CBC on Sunday that she learned in September the class wouldn't be happening because several staff members and students were uncomfortable with "cultural issues."

"I guess it was this cultural appropriation issue because yoga originally comes from India," Scharf told the CBC. Scharf said she offered to change the name of the course to "mindful stretching" since her instructions don't address Hindu scripture or other aspects tied to the practice's religious roots.

An email from the CSD praised yoga as a "great idea" and helpful to students, but noted the "cultural issues of implication involved in the practice," The Washington Post reported.

The email reportedly said the student group wanted to be sensitive to how it practiced yoga since the cultures from which yoga originates have "experienced oppression, cultural genocide and diasporas due to colonialism and western supremacy."

CSD on Sunday called it "unfortunate" that the group was being pegged as "fanatic social justice warriors." Instead of holding the yoga class, the CSD said it would be prioritizing "workshops and socials" -- two activities it said were of more interest to students with disabilities.

The claim that the classes were empty contradicts previous reports -- and interviews with Scharf -- that described the class as having 60 student participants.

The HAF launched the "Take Back Yoga" campaign in 2008 to raise awareness of the practice's cultural origins in the face of its increasing popularity -- and commercialization, particularly in the West.

"We believe that teaching yoga to campus students and respecting yoga's roots is not intrinsically in conflict," Shukla said in a statement. But he also advised thoughtfulness.

"If a yoga teacher uses Sanskrit terms for asanas or if a teacher incorporates Hindu iconography as 'cool' accoutrements -- all without a respectful understanding of their deep symbolism and meaning to Hindus -- then we would agree with concerned students about the legitimate risks of exoticization and appropriation," he said.

Neither Scharf nor officials with the CSD immediately responded to requests for comment.

The university noted Monday that despite the suspension of the CSD yoga class, students could still take part in free yoga elsewhere on campus:

PHOTO GALLERY
Here Are Photos From International Day Of Yoga
Download
Calling all HuffPost superfans!
Sign up for membership to become a founding member and help shape HuffPost's next chapter
Join HuffPost 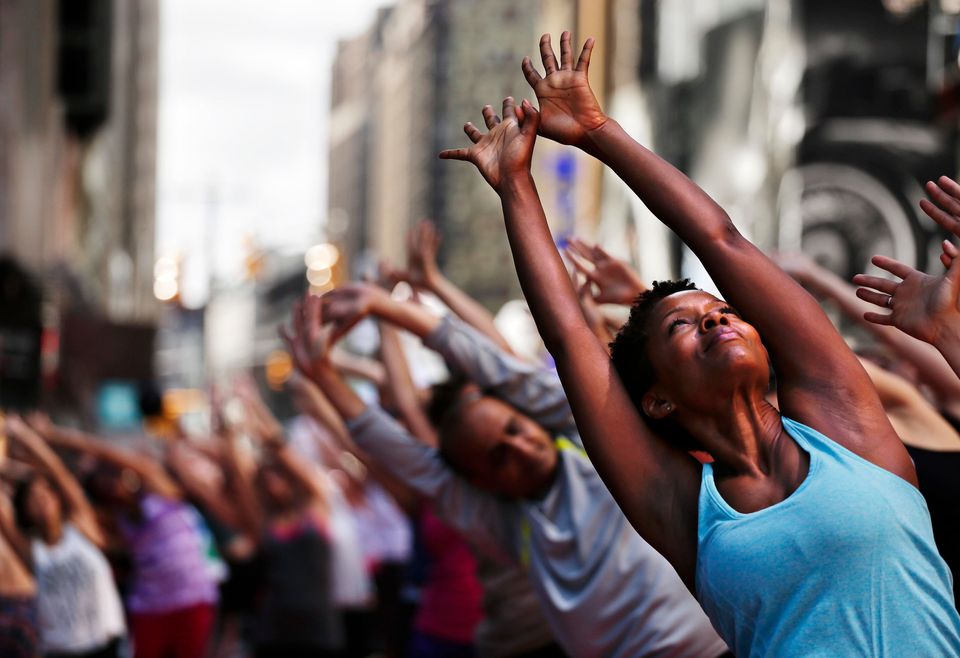