Now that The Fight of the Century is over, you're probably in need of a new sport to obsess over. But instead of falling back into the expected, like football and basketball, might we suggest a game of soccer in which the ball is on fire? Throwing kids' bikes across a field just because? Or maybe you'd be into watching people race shovels.

Don't go back to old habits. Take up an interest in one of these sports.

What it is: Two teams face off in a single dragon boat, paddling with all their might against the other side in hopes of moving forward.

Why it's great: It can be played in a pool -- hello, Olympic committee -- by paddlers, a group that is notoriously easy on the eyes.

What it is: A bunch of people show up to chase a wheel of double Gloucester cheese down a hill.

Why it's great: You could drive to the grocery store, pick out some cheese, wait in line and then drive all the way home to eat it with some dumb crackers. OR. Or you could throw your body down a frighteningly steep hill with sticks and spiders and weird dips in the ground just waiting for you to step on them and twist your ankle -- there are injuries in cheese rolling -- all to win a wheel of delicious cheese made by some cute octogenarian lady in England.

What it is: Tetherball, but not lame. Participants must wear protective gear and use tennis rackets instead of their bare hands with the main objective of keeping the ball (a roll of toilet paper set on fire) going back and forth as long as possible.

Why it's great: Fire.

What it is: In its purest form, you nail a barstool atop some skis and then you race down the slopes. But the barstool may be replaced with pretty much anything -- a rocking horse, a plastic boat, etc. -- and participants must try not to faceplant into the snow and ice. We're not sure how steering works.

Why it's great: According to lore, the sport got its start when someone called someone else out on their shit (why aren't more sports started this way?). Years ago in some Montana bar, an "old-timer" who just wanted to be left alone boldly claimed, "The day you put skis on this barstool is the day I'll go skiing." And so it was.

What it is: You take a coconut husk and soak it in kerosene for two days, light it and then play a friendly (and incredibly dangerous) game of soccer.

Why it's great: There is absolutely NO PROTECTIVE GEAR, making fire tetherball look pretty lame. Players are supposed to kick the ball -- which, again, is on fire -- with their bare feet. We respect it, but we absolutely would not try it at home.

What it is: Pacu Jawi, a fun way to blow off steam at the end of the rice harvesting season in Indonesia. A guy stands on a wooden board strapped between two bulls, steering with the creatures' tails as they're pulled through a muddy rice paddy. The human-bovine team that runs the fastest, straightest course wins.

Why it's great: This sport has everything -- mud, raw athleticism, farmers selling bulls at the market. Yes, after the event, the animals trot off to auction, their price determined by performance.

What it is: Tossing a kid's bike across a field as far as you can. Extra points are awarded for entertainment value and damage to the bike.

Why it's great: As long as this is a thing, there's really nothing stopping us from taking those awful folding bikes from all the rich hipsters and chucking them across Brooklyn. Whoever breaks the most wins! Bonus: Huffy Tossing may be played anywhere bikes are available, including professional cycling events.

What it is: A version of Bo-Taoshi, a game played by Japanese students in which two teams try to pull the other's pole down, but capture-the-flag style. Except each team is composed of 150 people -- half defense and half offense -- and the pole is a 10-to-16-foot-high tree trunk with a pole-topping "ninja" in charge of kicking opposing players off the pole.

Why it's great: As if the ninja wasn't enough reason, there's the massive amount of teamwork required of each 75-player group. One strategy requires some players to lay themselves down at the base of the opposing team's pole, so others may use them as human springboards. You can imagine the injuries.

What it is: Hockey, but with unicycles. There are leagues in Australia, the U.K., Korea and other countries that are apparently much cooler than America.

Why it's great: Take anything, put it on a unicycle, and you can't help but laugh, a little, on the inside. See: clowns, teenagers, defense secretaries.

Camel Jumping In The Yemen

What it is: Guys jumping over camels, duh.

Why it's great: Guys jumping over camels, duh.

What it is: People riding metal shovels down ski slopes. In the '90s, some tried to pimp out their shovels so they'd be more aerodynamic, or something. Things got out of hand, though, and now we're stuck with the regular kind.

What it is: Ping pong, but with your head and a volleyball-type thing.

Why it's great: If you assigned a gym class full of eighth-graders to make up a sport, the result would be Headis. It's gaining popularity in parts of Europe already, but Americans have thus far been missing out on this opportunity to concuss themselves.

PHOTO GALLERY
The 8 Greatest Sporting Comebacks Of All Time 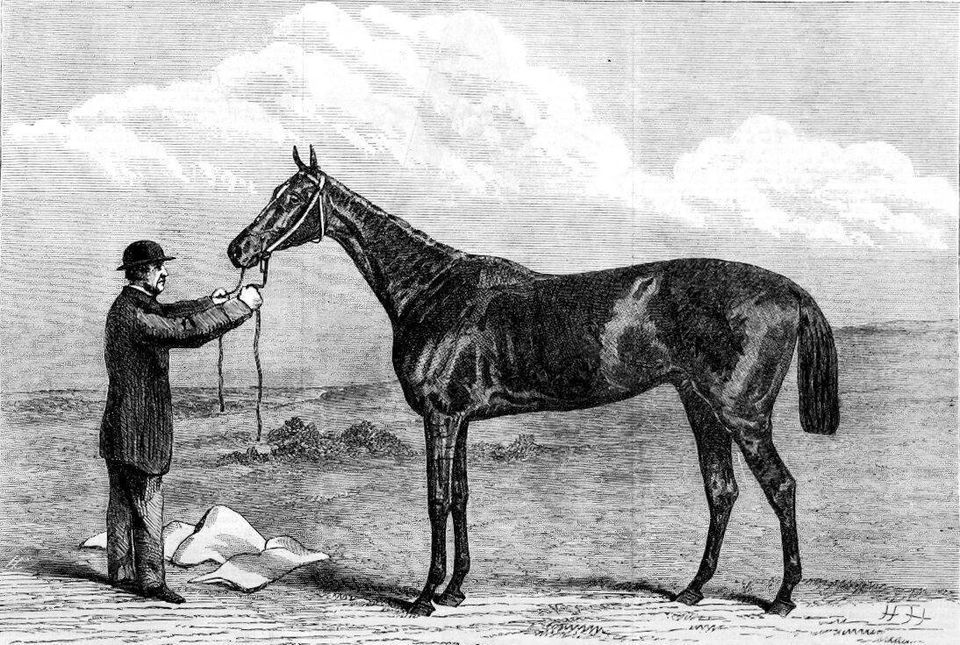 1 / 7
Hermit - Epsom Derby 1867
On 22 May 1867, Hermit was a 1,000 to 15 bet to win the Epsom Derby.<br> The stallion was nursing a broken blood vessel and shouldn't have been racing, but a rivalry between his owner Henry Chaplin, and the Marquis of Hastings - who would lose £120,000 if Hermit won - meant he was entered anyway.<br> But Hermit stormed from the back to beat 10-1 chance Marksman to the finishing post by a neck. <br>It's said the Marquis of Hasting went a ghastly shade of white.
Topham/Topham Picturepoint