One of America's greatest assets is the ingenuity of its people. President Obama has been driving that theme home since the beginning of his Administration. At EPA, we've seen time and again that by unleashing homegrown American innovation, we can bring about big wins for both the environment and the economy.

Just look at renewable energy -- today the U.S. generates three times as much wind power, and 20 times as much solar power as we did in 2008. And since the beginning of 2010, the average cost of a solar electric system in the U.S. has dropped by half. At the same time, the U.S. solar industry is creating jobs 10 times faster than the rest of the U.S. economy. 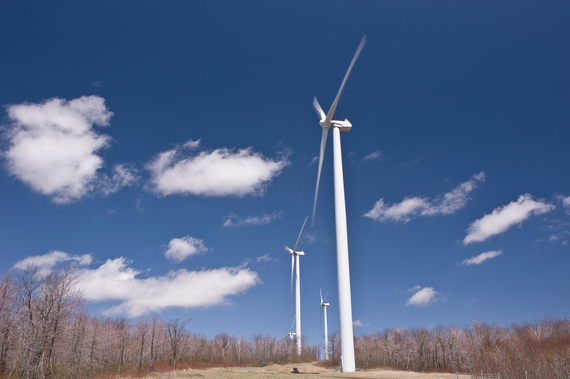 And look at the auto industry -- we've set historic fuel efficiency standards that promise to send our cars twice as far on a gallon of gas by the middle of the next decade -- a move that will reduce pollution and save families money at the pump at the same time. Today, every major U.S. automaker offers electric vehicles. And since 2009, the American auto industry added more than 250,000 jobs.

These are wins all around. That's why states, communities and leading private sector companies are investing in clean energy innovation. Because it's good for the environment and it's good for business. There are countless state-based projects already underway to reduce energy waste, boost efficiencies, and vastly increase the amount of energy solar panels can produce from the sun.

We're already seeing tremendous progress across the country -- including the development of smart, low-cost technologies that help households save on their energy bills. On this front, the state of Illinois is moving ahead at full speed. 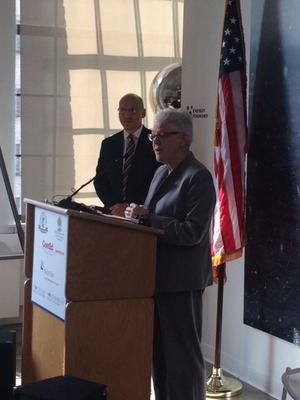 Just last week, I was proud to join officials from the City of Chicago, utility companies, citizen groups and two energy-technology companies -- Nest and Ecobee -- as they announced a major new initiative to get one million "smart" thermostats into northern Illinois homes by the year 2020.

The innovative partnership offers rebates that will nearly halve the cost of thermostats that allow residents to control the temperature of their homes via mobile device. And the technology is "smart" because it adapts to user behaviors over time. The new program is bringing together utilities, environmental organizations, consumer groups, private companies and the state commerce chamber -- all working together toward an ambitious energy efficiency goal.

The one-million smart thermostats effort is a prime example of the power of innovation and partnerships in solving tough problems. Because when we bring diverse skills, perspectives and expertise to the table, we get creative solutions. The Illinois program will bring efficiencies that move the needle against climate change, and it will help consumers' savings on their energy bills at the same time. That's a win-win.

And it's precisely the kind innovative thinking that states across the country are using to help meet the requirements laid out in EPA's Clean Power Plan, which launched this past summer.

The Plan puts the U.S. on track to slash carbon pollution from the power sector 32 percent below 2005 levels by 2030. And when we cut carbon pollution, we also cut harmful smog- and soot-forming pollutants that come along with it.

We'll start seeing health benefits in the near term, and by 2030, we'll avoid thousands of premature deaths and hospital admissions, tens of thousands of asthma attacks, and hundreds of thousands of missed school and work days. In that same year, the average American family will see $85 a year in savings on their utility bills. That's another win-win.

The bottom line is -- America knows how to innovate, and solutions are already here. Technology and innovation are turning what used to be daunting challenges into real, profitable opportunities. The kinds of innovative thinking we're seeing in Illinois and elsewhere are our best shot at seizing them.