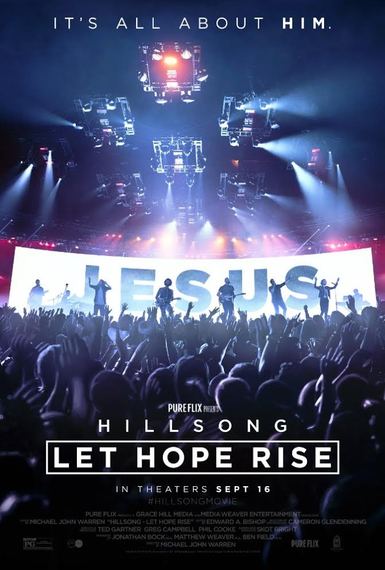 Hillsong: Let Hope Rise captures the on-stage energy and off-stage hearts of the Australia-based band Hillsong United. This film presents an entirely a new motion-picture genre: the theatrical worship experience. The film explores Hillsong's humble beginnings and astonishing rise to prominence as an international church whose songs are sung every Sunday by more than 50 million people worldwide.

KIDS FIRST! Film Critic Shelby R. comments, "Although this is a Christian band, I believe that people who are looking for healing, have different beliefs or are music lovers will appreciate the real life stories and how their music is changing the world." See her full review below.

Watching Hillsong: Let Hope Rise is the most surreal movie going experiences you will ever have. It's not a film. It's not a documentary. It's a live worship experience being captured on camera.

Hillsong United originated in the late 1990s in Sydney, Australia. The band itself is made up of faithful members of the Hillsong Church. This Christian band creates music that not only worships God but also instills hope to their listeners. And now, they tour many countries and continents singing songs of worship targeting the younger generation. 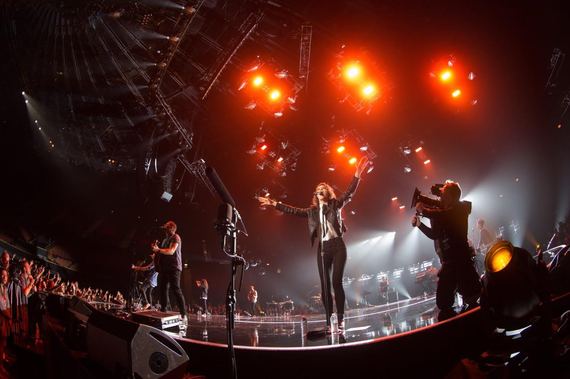 Unlike popular concert films like One Direction: This is Us and Katy Perry: Part of Me, it is not filled with costume changes and performances. The purpose is to discuss the process of creating music that is truly meaningful. Many of their popular songs are featured in the film and have lyrics at the bottom of the screen to encourage the audience to sing along.

You may recognize Michael John Warren (director) from his other films like Shrek the Musical, Rent: Filmed On Broadway, Drake: Better Than Good Enough and Nicki Minaj: My Time Now. Warren digs deeper by interviewing band members, Senior Pastor Brian Houston and Bobbie Houston. Together, they share how the church has transformed their lives and why they value their music so much.

"We are the biggest band that you don't know." Joel Houston, band leader and son of Brian Houston, explains. For almost a decade, Hillsong United has been number one and two for U.S. Christian albums sales. Joel continues to say "This film isn't for us. The band isn't for us. It's for God." The band members emphasize that the songs are carefully crafted to express their deep feeling of admiration for God. Day in and day out, the band devotes all of their time to finding the perfect sound and lyrics. One song could take months or even longer to be completely finished. That also means, months and months away from their loved ones. 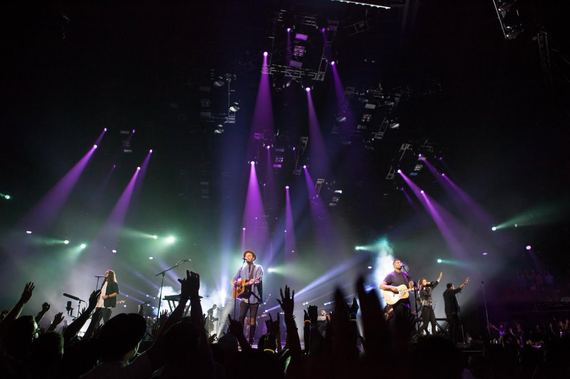 Music is one of the most powerful creations known to man. It is beautiful to observe these concert goers really receiving music and allowing it to affect them. I found myself shedding a few tears because it is so moving. This film is so personal and I felt like I was among the thirty thousand people at their annual conference.

The most important lesson you can take away from this film is to stay true to who you are and what you believe. I recommend this to ages 12 to 18 as well as adults. Although this is a Christian band, I believe that people who are looking for healing, have different beliefs or are music lovers will appreciate the real life stories and how their music is changing the world.

This film is out Friday September 16th. Check out your local theatre for listings. 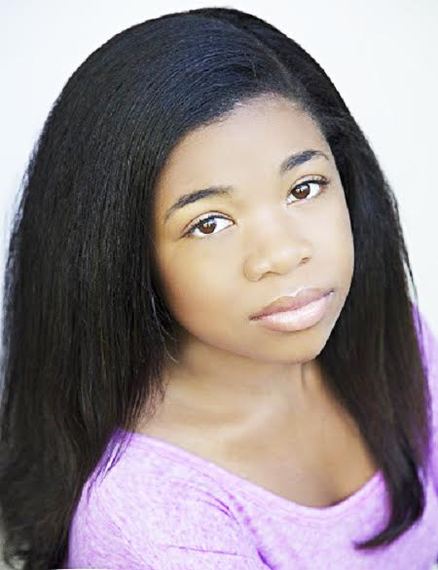