What do you get when you combine pure evil from a land far, far away with the pure goodness of a cuddly bunny? The unlikely but totally hilarious paintings by Nashville artist Kelly Kerrigan. Can't you just hear Darth saying: "Bunny... I am your father"? 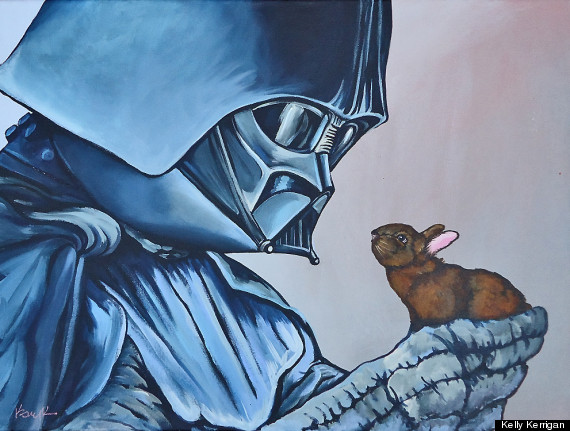 In an email to the Huffington Post, Kerrigan explained how she was inspired to combine the puffy-tailed creatures with their Boba Fett comrades by her husband Paul, who passed away in 2010. Paul, whose favorite film was Jimmy Stewart's "Harvey," had a soft spot for bunnies, even calling them his spirit animal. The "Star Wars" characters act not only as effective foils to their cuddlier counterparts, they remind Kerrigan of bonding with her husband over their shared love of trilogy in college.

In 2011 Kerrigan completed 100 paintings in a single year, and what started as a form of therapy turned into a passion all its own. We defy you not to smile in the face of these furry critters cradled in the arms of the stone-faced Death Star dwellers!

What do you think, readers? Did you ever think Darth Vader could make you feel all warm and fuzzy inside? 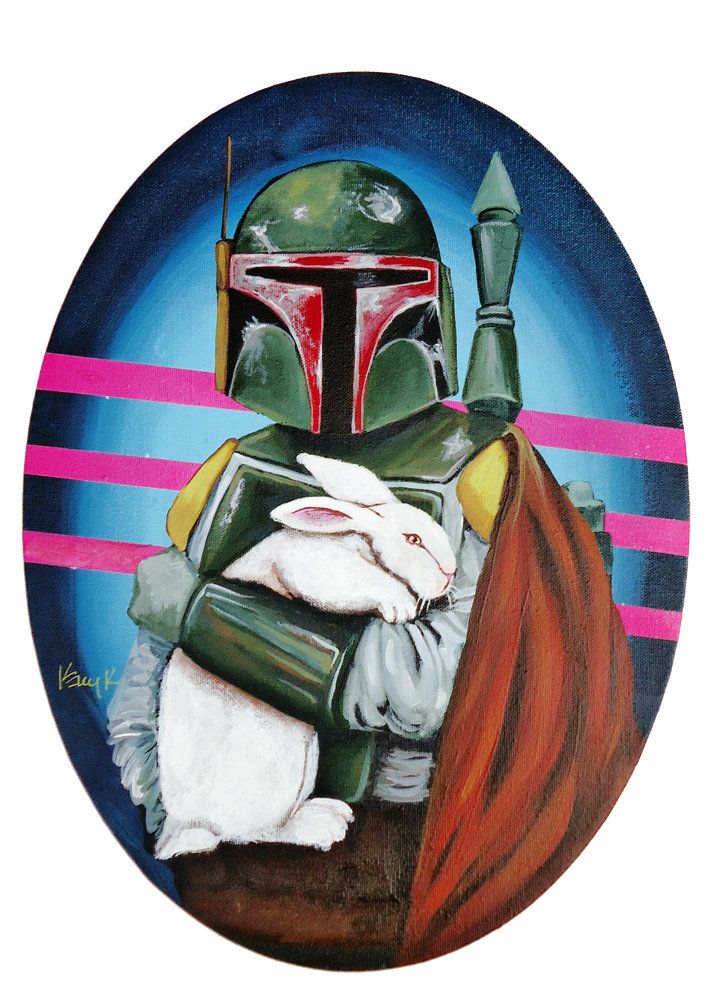