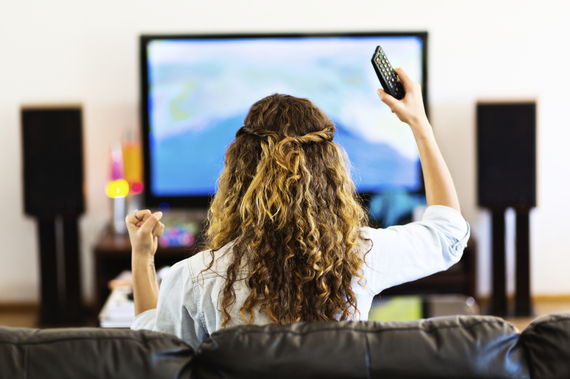 A proposal from the Federal Communications Commission (FCC) could alter the fate of one of the most controversial and costly pieces of media equipment in consumers' homes: the cable set-top box.

The proposal, which the FCC has dubbed #UnlockTheBox -- perhaps to harness the power of social media that helped fuel the net neutrality debate -- would require pay-TV companies to provide content and programming information to third-party manufacturers so they can create hardware or software applications of their own. The end result of this consumers vs. cable industry fiasco would be consumer-friendly options beyond the boxes cable companies currently force their customers to lease. It's great news for cable subscribers, who could save up to $230 a year in eliminated cable box rental fees. While cable lobbyists have fiercely criticized the proposal, this could actually be good news for them as well.

What the Proposal Means
Cable companies currently hold all the cards when it comes to set-top boxes: if you want cable, you need to rent the box your cable company provides. These rental fees cover the value of a box multiple times over, but you still need to return it if you cancel your subscription or move. Without a box, you can't unscramble the cable channels for viewing, and you can't buy a box from an independent retailer or manufacturer. Though the CableCARD has technically been a way around this monopoly since 2007, less than 1 percent of consumers currently use one, due to the difficulty of use.

Under the FCC's proposal, the market for cable boxes would open up to third-party manufacturers. Pay-TV companies would be required to provide information on channel listings, on-demand lineups, what a device is allowed to do with the content, and the video content itself -- though they would have two years to comply if the proposal passes, giving them plenty of time to figure out ways to remain competitive in such a market. Customers would still need a TV subscription in order to utilize the new options, so providers won't necessarily be losing subscribers.

A Way to Win Cord-Cutters Back
Cable companies certainly don't want to let go of the control they have over consumers' choices, but in an era where more and more people have been cutting the cord because of high TV bills, the FCC's proposal could be the lifesaver cable companies need. Pay-TV providers lost 605,000 subscribers in the second quarter of 2015 alone and an additional 350,000 subscribers in the third quarter. On top of that, fewer TV viewers between the ages of 18 and 31 are signing up for cable in the first place.

As providers struggle to attract and retain customers, they are trying all sorts of things to win back cord-cutters, including decreased commercials and increased streaming options. But the prime reason cord-cutters ditch their cable is because of that high monthly subscription cost. Subscribers are sick of hidden charges and rental fees -- the FCC is also proposing a rule the make billing more transparent, specifically about monthly charges for programming and equipment fees -- and eliminating some of those fees could be key to winning back customers.

The time is right for cable companies to reinvent their model and market to the modern American television consumer. If the FCC proposal flies, cable companies could drop their equipment rental fee altogether, lowering customers' bills by up to $20 a month.

What Happens Next
Cable companies are not going anywhere -- and consumers don't necessarily want them to. In fact, 83 percent of households still subscribe to a pay-TV service. It may be the Golden Age for the Internet, but Americans still want their cable TV. They can win their audience back by tailoring packages to the individual customer and adapting their cable boxes to a modern viewership.

However, we've still got a waiting period before any changes are made. The FCC is inviting public comment on the proposed rules, after which the commission will take a final vote on the proposal. If the proposal passes, pay-TV companies still have two years to comply with the ruling.

Either way, be prepared for the new landscape in television viewing -- where consumers no longer have cable boxes, but consumer boxes.