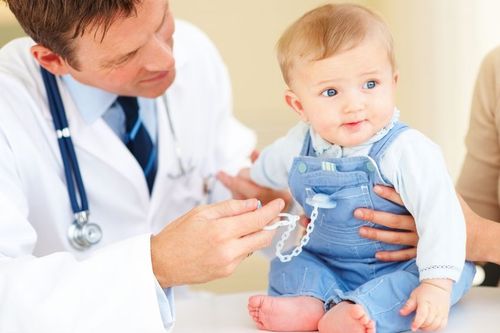 New York has another name to add to its endangered species list -- the individual family doctor.

No one enjoys dealing with insurance companies, especially when you are trying to obtain coverage for a medical procedure. Spending hours on the phone, or going back and forth over bills or pre-authorization for a test, can make anyone's blood boil. Now imagine if that was your job.

For many physicians throughout New York State, negotiating with insurance companies has become a primary component of their job description. Your average small family doctor may spend more time trying to get an insurer to cover a visit than he or she does caring for actual patients.

A new study by WalletHub.com has highlighted some of these issues and has dubbed New York one of the worst states for doctors to practice medicine.

The repercussions are clear. Patients' wait times are increasing and the time spent with the physician is getting shorter. Individual physician practices have very little ability to negotiate one-on-one with large insurance companies, because they are too small. However, if the law allowed them to group together with other small practices to negotiate contracts, patients would receive better care and have more of their medical bills covered.

New York physicians are not as well-heeled as one might assume. Private practitioners are faced with a bevy of costs on top of standard office expenses including increasing malpractice insurance. In the end, either physicians sell their practice to a large physician group and/or hospital who can afford to fight the insurers or they retire.

The Law of Unintended Consequences

A recent study published in the Journal of the American Medical Association (JAMA) found that in California, patients paid rates 10 percent to 20 percent higher for medical treatment if they were evaluated by a hospital-owned practice versus a physician-owned one. The main reason for this difference is that due to hospitals being larger institutions with more patients, they have an advantage when negotiating with insurers.

The local community doctor, who may have a staff of five people, lacks the resources to negotiate better rates. Intentionally or not, insurer's unwillingness to negotiate has driven doctors into larger practices, which can negotiate for much higher rates than the private practitioner can.

There is a solution that will provide quality patient care and an opportunity for the neighborhood physician to negotiate with insurers.

The introduction of resolution A.336 and S.1157 would authorize independent doctors to collectively negotiate with private insurers on contractual issues including rates. This proposal would assist doctors and their patients in reaching a level playing field with the insurance companies.

Critics of physician collective negotiation have pointed to federal anti-trust laws, which prohibit such a practice. However, a 1943 Supreme Court decision, interpreted as the state action doctrine, grants the state an exemption from anti-trust regulations paving the way for doctors to collectively negotiate under strict state supervision.

Some also argue that allowing independent doctors to collectively negotiate with private insurers will drive up health care costs. That claim has little basis. The JAMA study points out, patients and insurers may be paying up to 20 percent more if that physician sells his or her practice to a hospital versus the cost reimbursed to an independent doctor for equivalent services.

Patients deserve to have a choice of which doctor treats them. Whether the physician works as a sole practitioner or for a hospital, the cost for that visit should be the same. Unless New York State intervenes, the family physician as we know it will become extinct.

The doctor-patient relationship is one of the most privileged and intimate of associations we have outside of the home. New York must do what it can to protect it.