The trafficking of elephants in Africa has gained tremendous media attention. Not so the illegal trade in birds, amphibians, reptiles, mammals, and fish of Central and South America -- a problem of epidemic proportion. 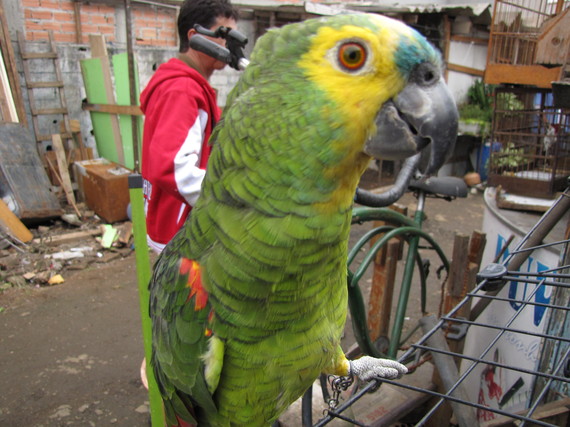 Wildlife trafficking transit chains in Latin America are complex, secret, and as varied as the many common and threatened animal species targeted. After poachers illegally pluck wildlife from their habitats, the animals are passed on to middlemen, who move them along clandestine routes before selling them to anonymous consumers at home or abroad.

Traffickers involved in the international trade frequently smuggle contraband across poorly secured borders into neighboring countries that lack strong trafficking laws, with the animals, or animal parts, shipped overseas from there.

Routes and smuggling techniques shift regularly as traffickers play a cat-and-mouse game with enforcers. When one method is discovered by customs officials -- such as sewing tiny tropical parakeets into a garment worn on a plane -- smugglers contrive another to move their illegal cargo -- maybe using a "mule" or local person to claim a valuable monkey as a "beloved pet" as a means of moving it across a border and into the lucrative pet trade. 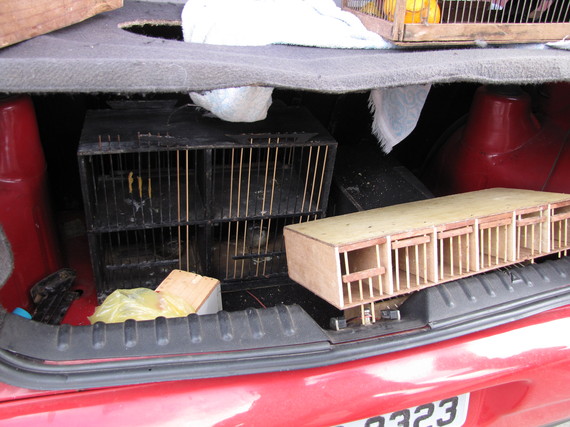 Wildlife is transported out of rainforests and other habitats to roads, where the animals are often transferred to cars or trucks and driven to urban markets. The intense tropical heat and stress of being in an enclosed car trunk can easily kill fragile wildlife, but traffickers accept the losses since they stand to make big money on the animals that do survive. Photo by Juliana Machado Ferreira.

Comprehensive data on the illegal wildlife trade in Central and South America is incomplete in every country, and nonexistent in some locales. The records on seizures that do exist are often sketchy, and only identify the last country of export; they fail to determine the route of travel, the nation or habitat of origin. While a single wildlife hunter or smuggler might be captured, the middlemen and crime syndicates behind the trade are largely unknown and go unpunished.

"The war is being waged at the wrong level. Relentlessly pursuing the 'army of ants' -- the individual poachers, transporters, corrupt customs officials -- has little impact on the global trade in illicit environmental products," says a recent report on trafficking from Interpol. "The individuals most responsible for organized, transnational environmental crime, and those having the greatest influence over its execution are arguably those who profit most from it. Yet there have been precious few arrests and convictions of known environmental crime controllers.... This group of criminals exists at the heart of environmental crime, functioning as pivots within networks of individuals around the globe who commit individual criminal acts at various nodes in the chain."

Tracking trends, taking action, before it's too late

A multiplicity of traffickers, routes and destinations means that targeting any one will have limited impact. If a single route or market is closed, traffickers easily shift to others. Clearly, a well organized, well funded, international effort will be needed to break the back of the criminal organizations trafficking in Latin America's wildlife.

The multiplicity and secretiveness of smuggling routes also muddies data collection, which must be compiled from numerous places, and it seriously hinders the ability to release confiscated animals back into the wild.

Authorities typically seize animals far from where they were captured and there's little information on their origin. As a result, rehabilitators can't release them for risk of introducing diseases or other problems into existing populations.

If the booming illegal trade in Central and South American wildlife is to be curbed, dramatic and decisive action must be taken. And a research, enforcement and rehabilitation infrastructure will need to be created to effectively do the job.

"We don't have good, reliable data," notes Ferreira. "It's very frustrating. We know it's there. We know it's big. We just don't have the numbers and statistics to prove it. And when we do, it may be too late."

The above is an excerpt from Journey to oblivion: unraveling Latin America's illegal wildlife trade, which appeared on Mongabay.com. To read the full article, which details trends, species and illegal trade routes, click here.