As Los Angeles real estate fanatics, we're really rooting for this Kickstarter project, inspired by the architectural beauty of the West Adams district.

Last October, former BBC director Jett Loe moved from the UK to Southern California and was searching for housing when he was inspired by the unique and historical neighborhood.

"I had forgotten all about wanting to be an architect until I turned that corner in West Adams and saw that astonishing collection of beautiful homes," recalled Loe to The Huffington Post.

"These homes really are full of such beautiful detail," said Loe. "The hand carved doors, the stain glass, the unique fireplaces. I could go on and on!"

Loe could go on and on, and he plans to with "Untold LA," a proposed iPad app and website that would document this hidden real estate gem. Everything from the history of the land deeds to the unique architectural styles to current and former residents will be included in his "interactive photo book," and he has three days left to raise $1,552.

Loe, a San Francisco native, has lived in London, Belfast, Glasgow, Darjeeling and Taos. Despite his globetrotting, he insists that West Adams is unlike anything he's ever seen before when it comes to the level of architectural detail in West Adams.

"Even if you can't contribute," said Loe, "I want you to come down and take a look at West Adams. It is an incredible, undiscovered part of LA."

UPDATE: Just hours after this story was published, kickstarters donated the remaining $1,552 (and then some!) for "Untold LA." Like all Kickstarter projects, Loe wouldn't have received any of the pledged money unless he hit his goal: $7,000.

Kickstarters can continue to pledge to Loe's project. Watch the video above and visit Loe's Kickstarter page to learn more about "Untold LA." 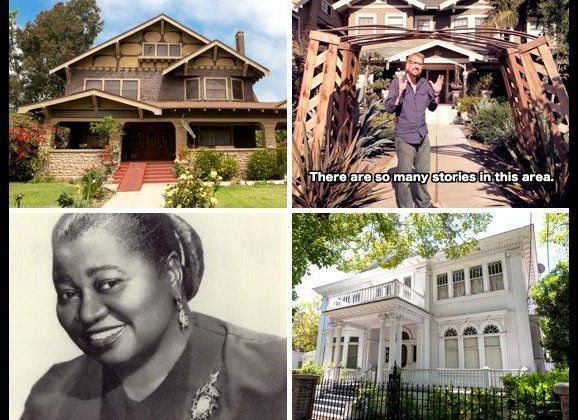