More and more couples are bucking tradition at their weddings in favor of personalized and offbeat ceremonies. And the wedding photos below are as nontraditional as they come.

If a picture is worth a thousand words, these wedding photos are worth millions. Scroll down for some of the most out-of-the-ordinary weddings from around the world.

Fran Calvo and Monica Fraile wed underwater at the Sea Life Aquarium in 2012 in Benalmadena, Spain. 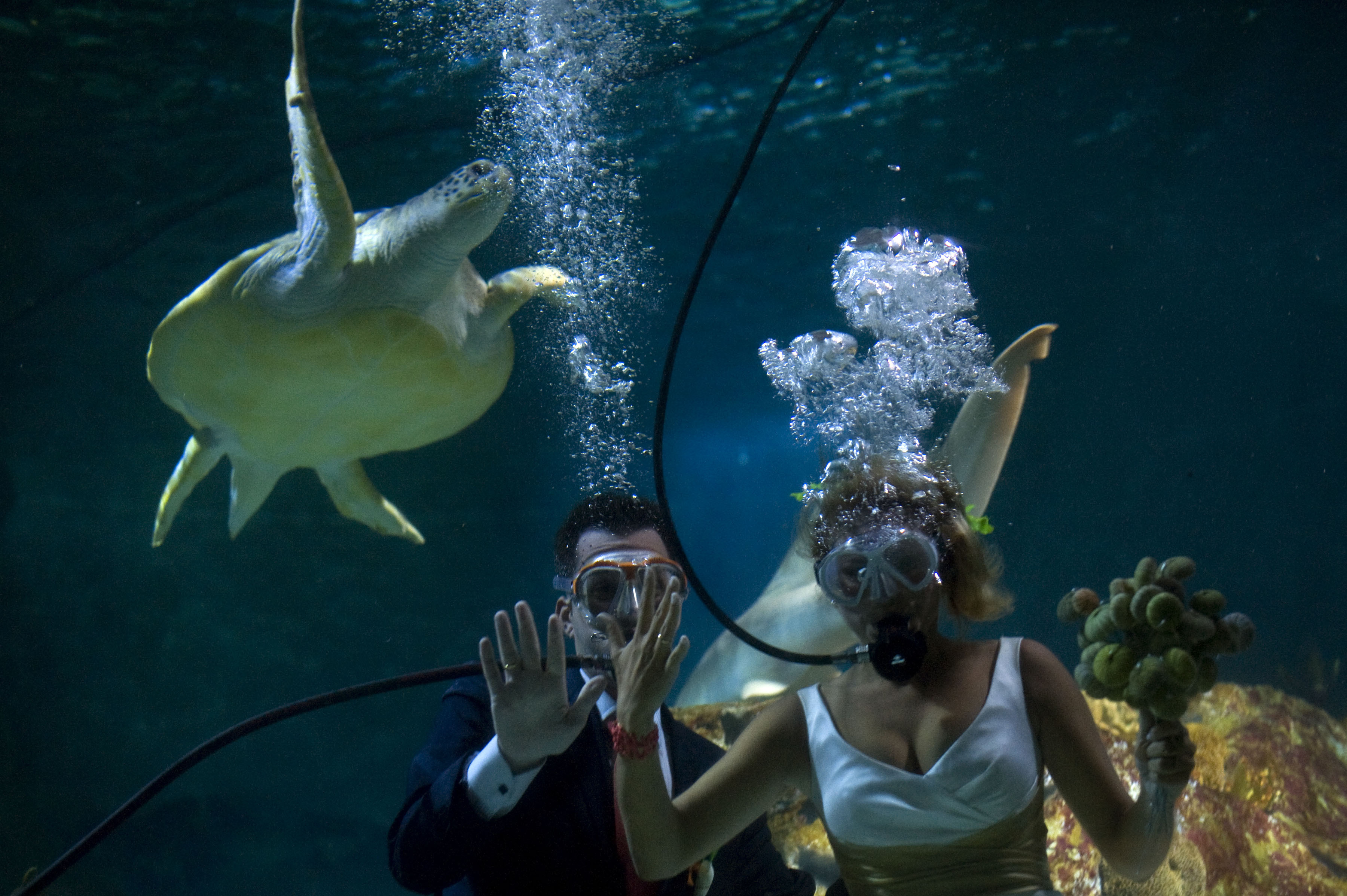 Newly married couple Scott and Crystal Morrell make their way down the slopes after tying the knot atop Lift 2 at the Loveland Ski Area resort in Colorado in 2012. 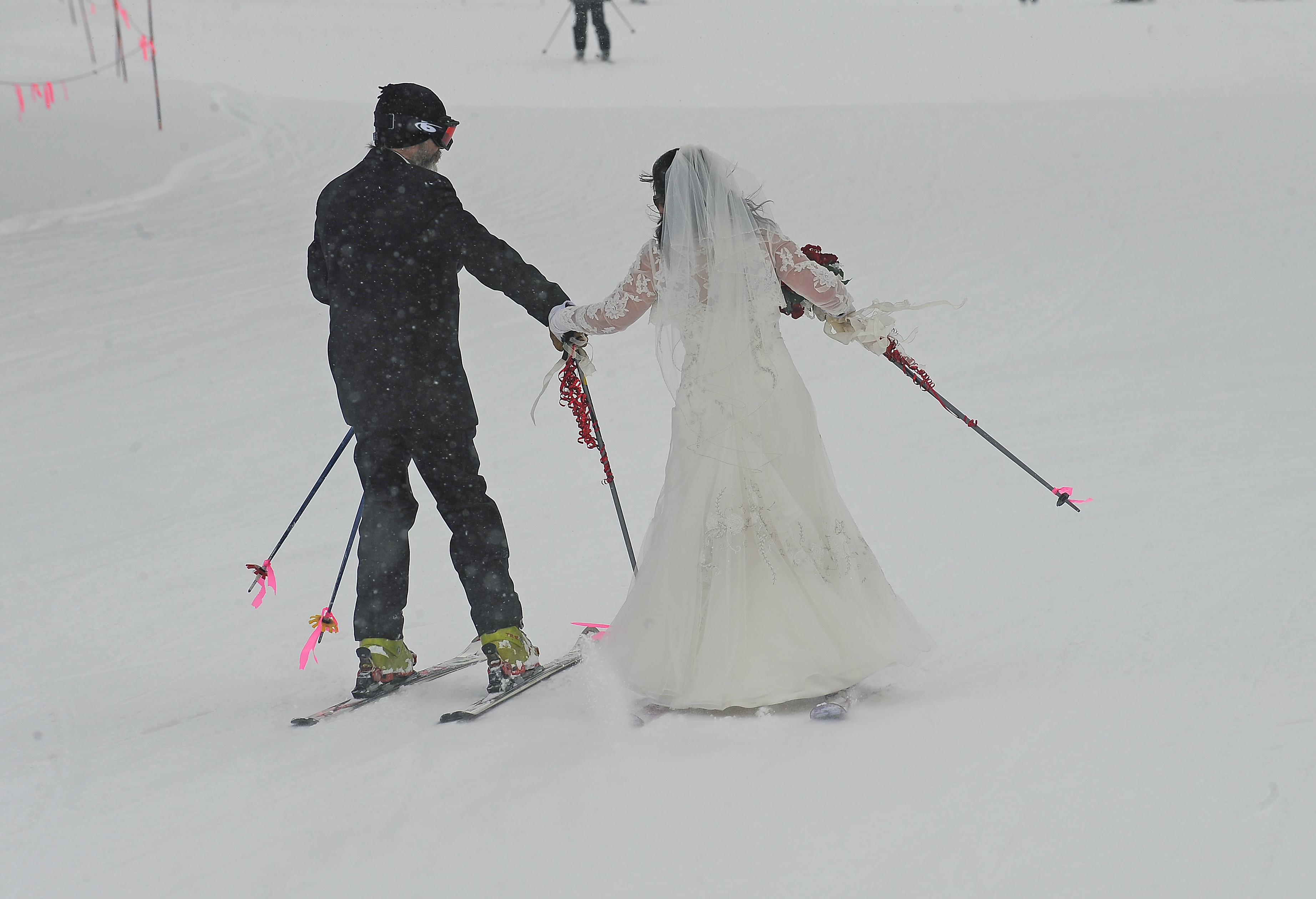 Christof Galuschka and Evelyn Neew kiss in a hot-air balloon outside Berlin before their 1998 wedding ceremony. 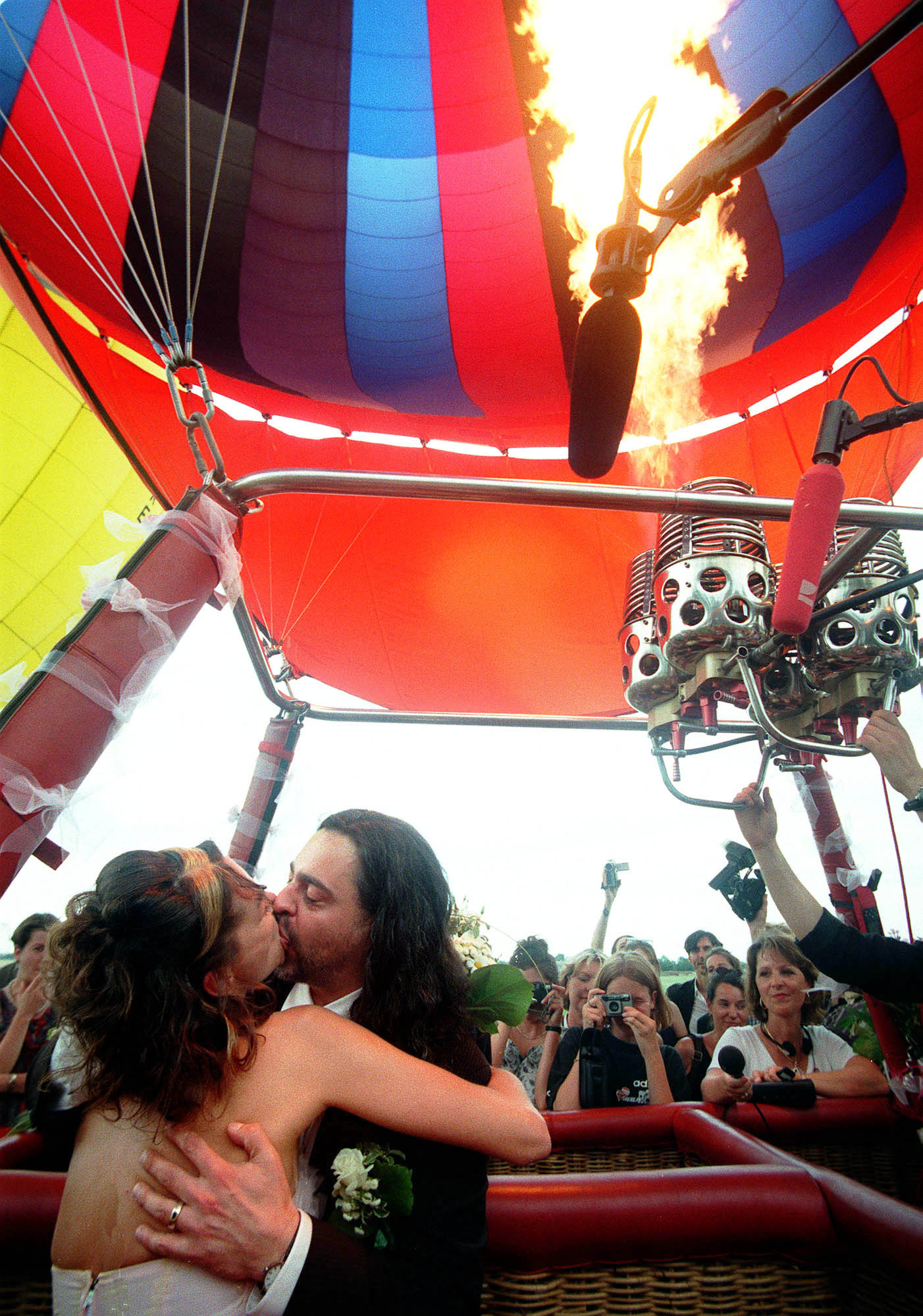 Timothy Ful Cher and Nony Tedjakasume bungee jump together in Atlantic City, N.J after tying the knot in 1992. 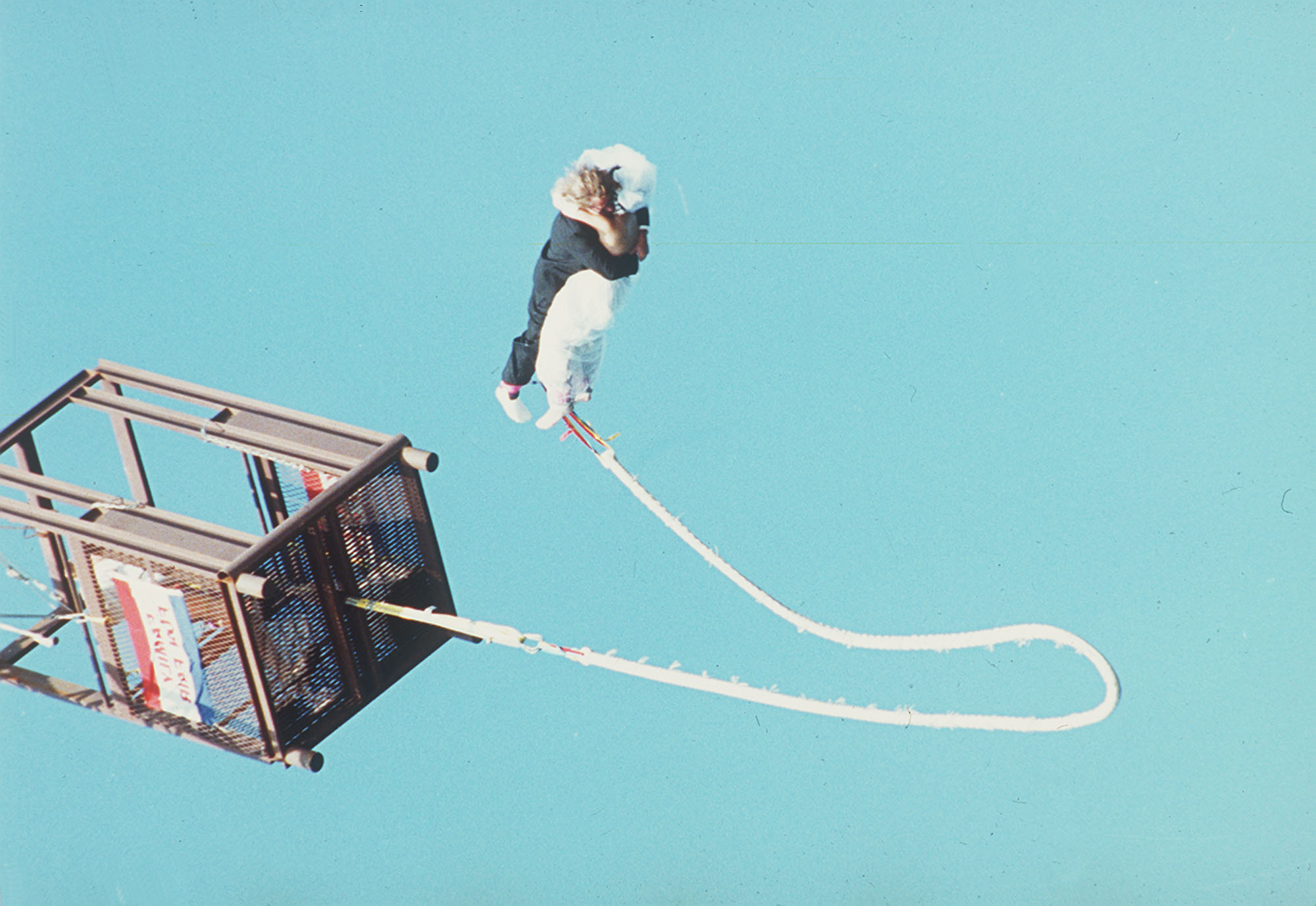 A newlywed couple walks through crosses in Northern Lithuanian's 'Hill of Crosses' pilgrimage site in 2011. 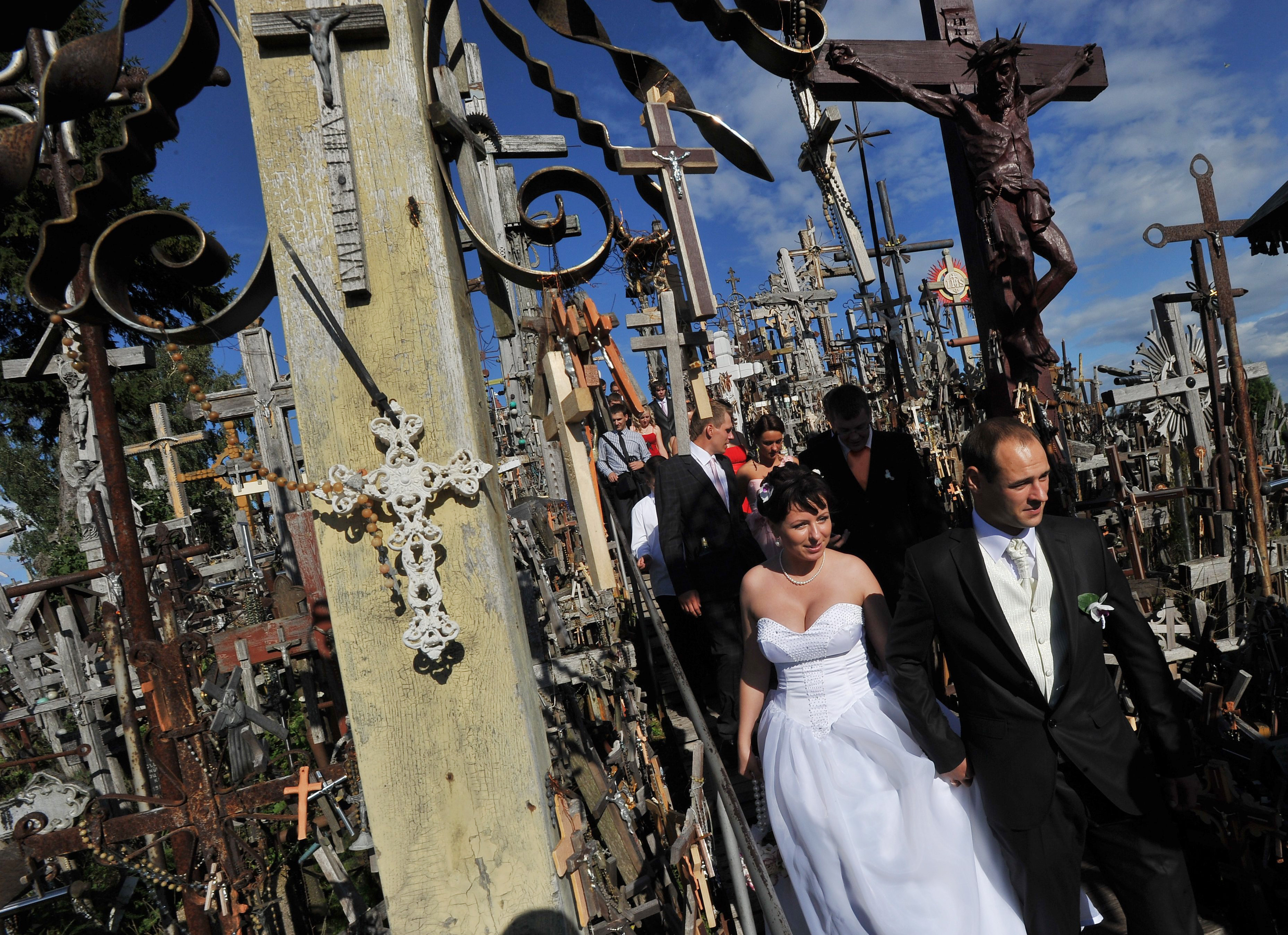 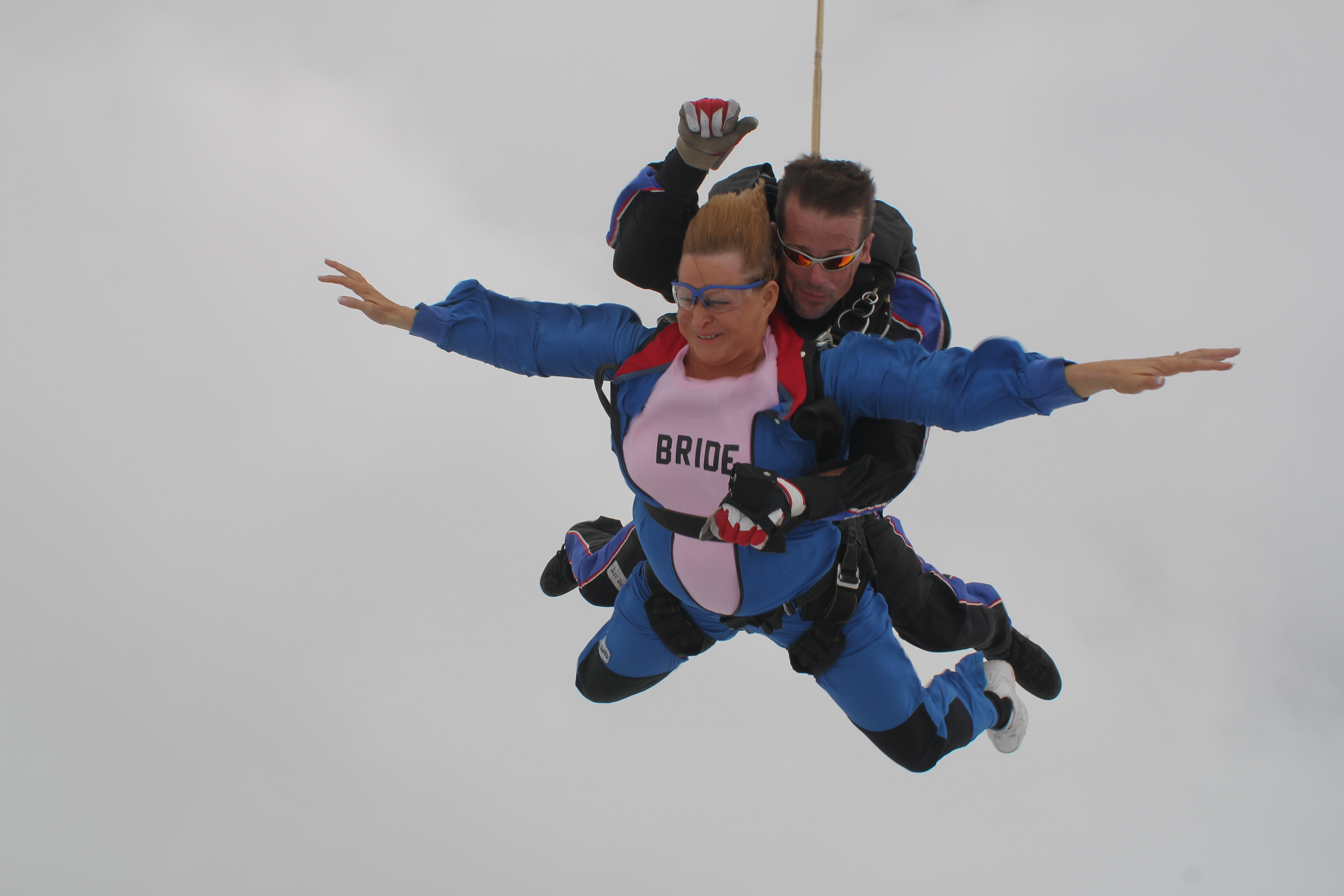 Rick Harker, 64, and 55-year-old Marlene Hoar kiss as they rapel down a skyscraper as part of their 2009 Vancouver wedding ceremony. 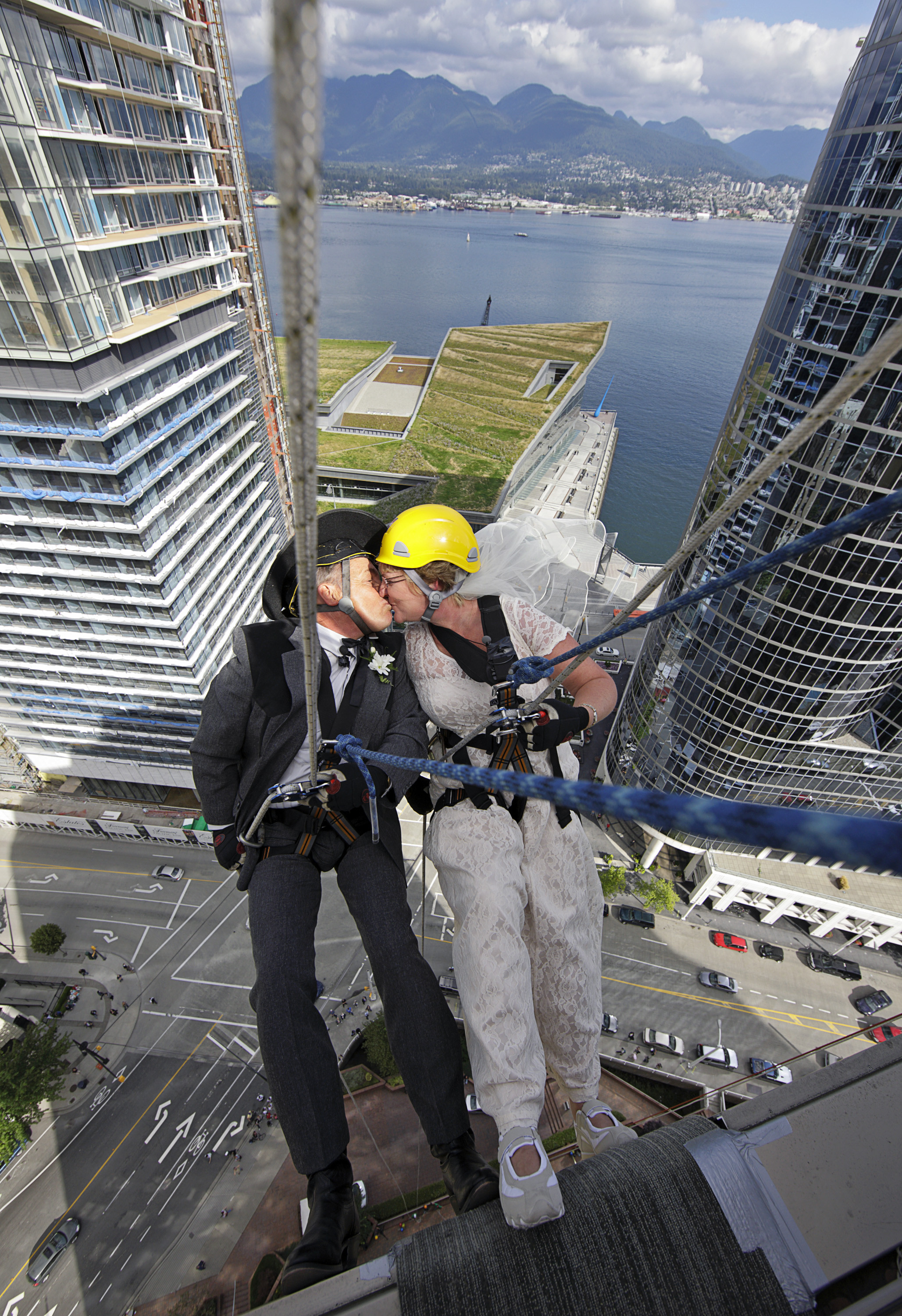 Aquarists Kathryn O'Connor and James Oliver participate in an underwater marriage ceremony at the London Aquarium in 2011. 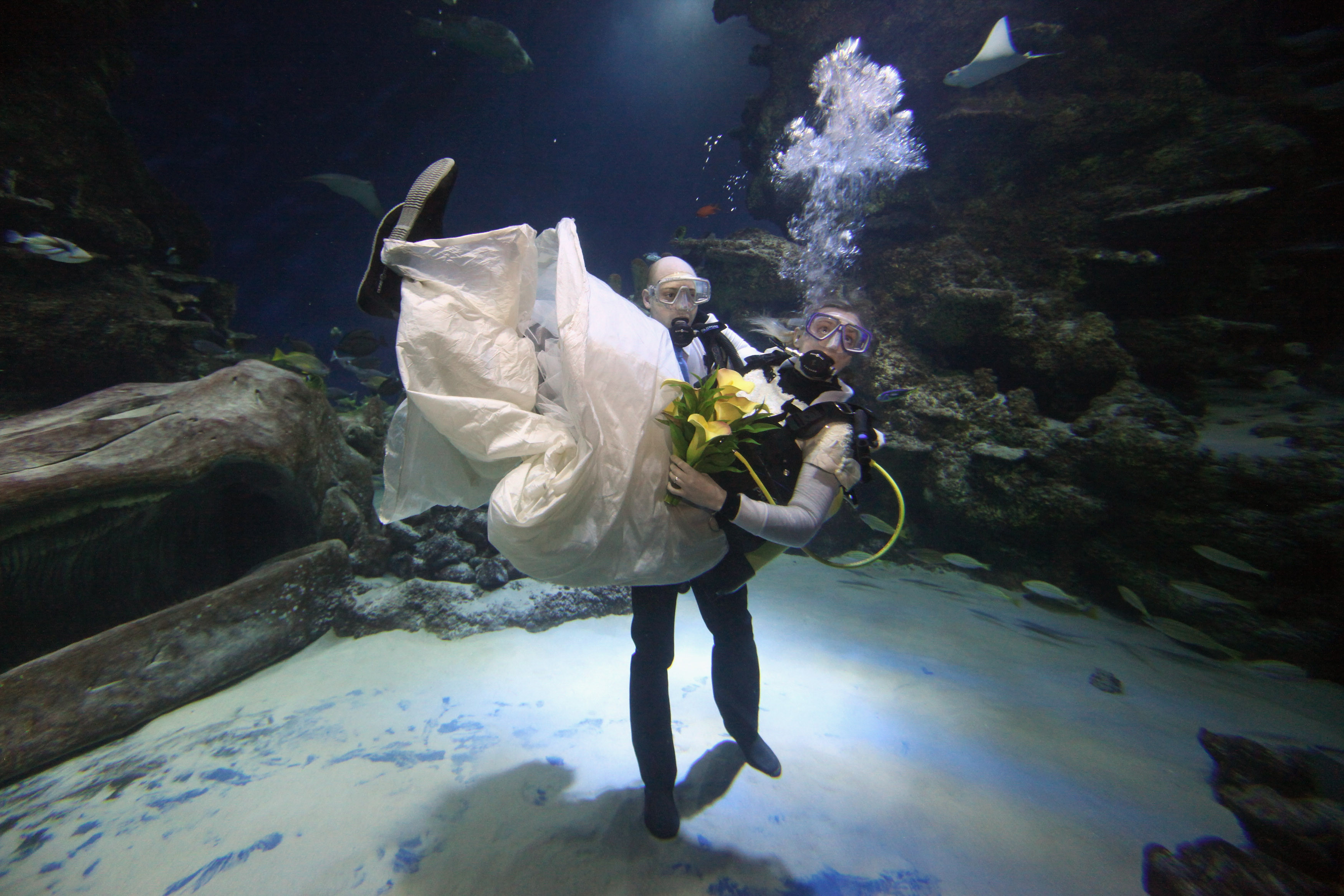 American skier Jannette Burr and her husband, artist Hans Sachs, kiss while waterskiing in their wedding attire on the Worthersee in Austria in 1951. 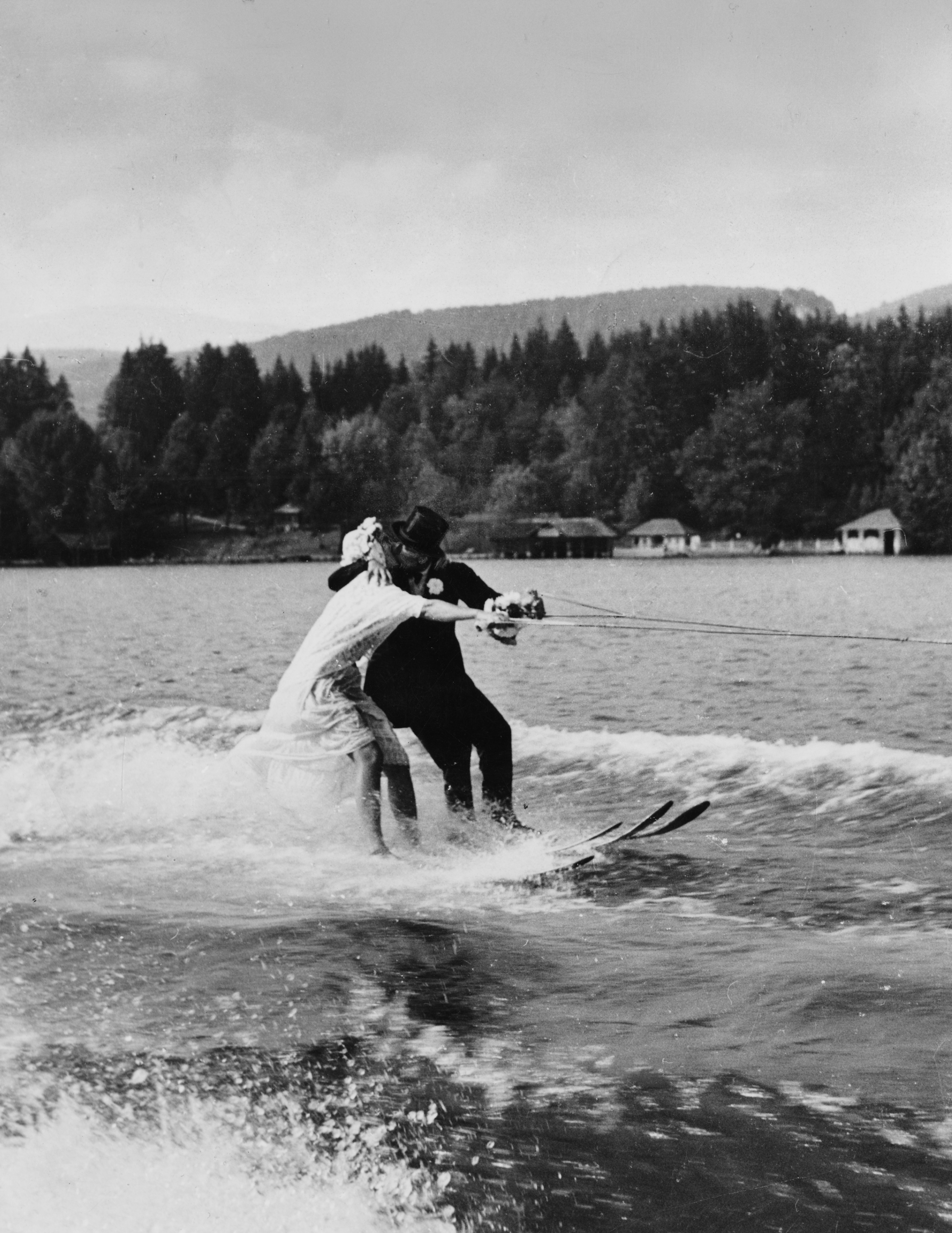 One hundred couples walk to shore on the western Philippine island of Palawan for a mass wedding in 2007. 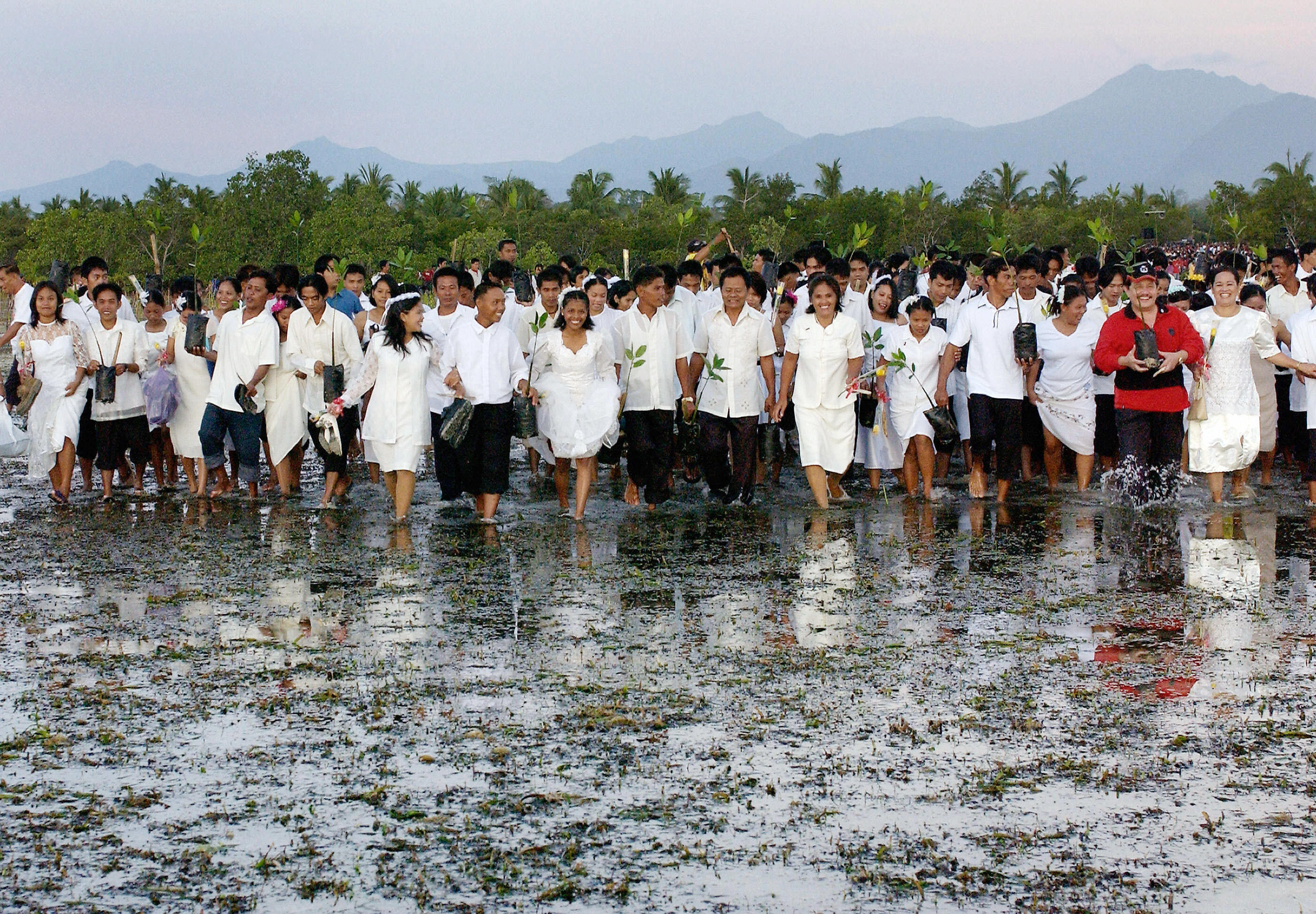 Indian couple Chandan Thakur and Dipti enter the water before their marriage ceremony at the Commando Adventure Academy swimming pool in Bombay. 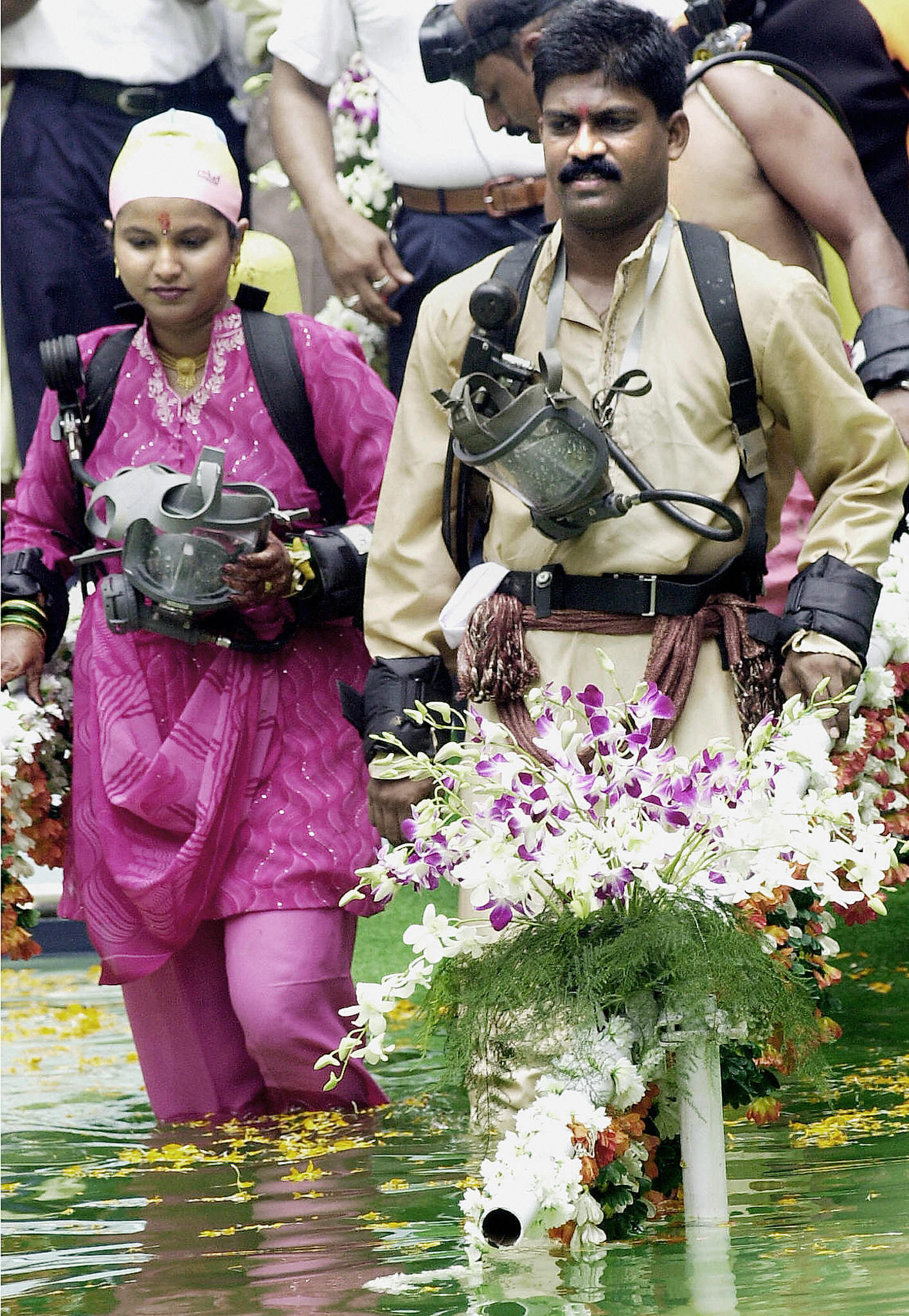