My twenties: a time for adventure, confusion and near-constant change amid a string of successes and failures. I've traveled and moved with frequency -- collecting mail in Texas, North Carolina, Washington D.C., New York, London and Namibia -- learning in the process that mobility generally prepares one for a more attuned, almost chameleonic existence.

I adapt with relative ease to the people I meet in the new places I visit and inhabit, although certain unwritten social rules continuously bemuse me. Where is Larry David when I need confirmation of my own nuanced/neurotic assessments regarding society's unwritten mores?

Take, for instance, the urban canine owner. That so many exist in Manhattan's cramped quarters mystifies me: they present themselves at every corner. Usually attached to a bubbly French bulldog who seems interested in my friendly advances, given my unfettered love for animals. I approach the dog and his owner, who immediately glares at me and my brightly colored, totally age-inappropriate tennis shoes.

I return a direct glance that seems to say, "Back off. This is between me and the dog."

The tip of my middle finger barely touches the dog's head before he is jerked further down the block by his very agitated owner whom I have clearly offended, although I don't understand why: the owner of an attractive dog casually strolling through the neighborhood reminds me of a media-hungry celebrity. To bemoan the attention from which you benefit is to bite the hand that feeds you.

To the dog owners, I say: you knew what you were getting into when you got yourself such a friendly and attractive pet. If you'd wanted to keep strangers at bay, you should have gotten a cat, as I did. No one dares to interact with that devilish creature. She is the ideal antidote to unwanted communication with strangers.

She bites, scratches, hisses at, and attempts to kill any person who dares enter my apartment, thus serving as the world's best watchdog and world's worst wingwoman. 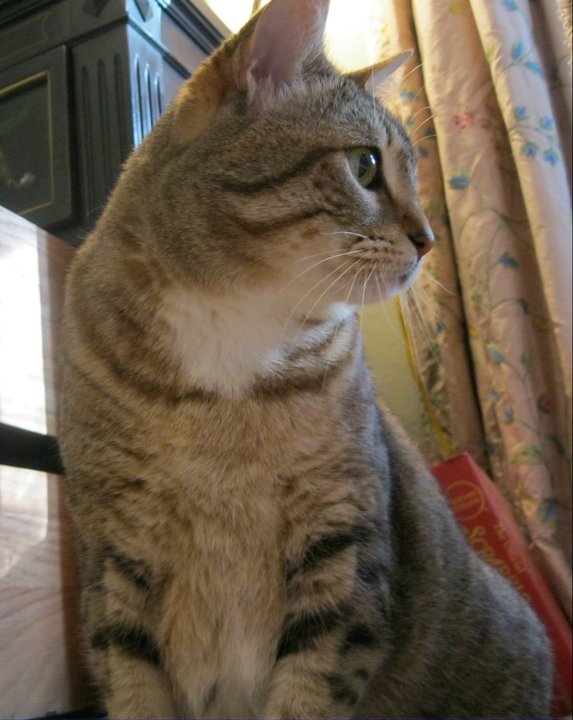 Baboon (I thought it would be funny to name her after another species) has single-pawedly ruined any chance I ever had at getting married, by a) making men think that I'm crazy (which I am, for continuing to possess such a feral creature) and b) precluding any man from sleeping at my apartment. Several have tried. Few have succeeded.

One awoke to my cat's ferocity in the middle of the night, cried for my assistance from the other room where he stood cowering against a wall, and eventually insisted on leaving, never to return. Approximately one week later I sent him a text message with a photo of my cat that said, "Meow."

Under normal circumstances, I wouldn't dream of sharing a photo of my cat with anyone, least of all male suitors. And yet, the same exact action, when taken by a female canine owner, produces nothing but positive feedback.

She, the dog owner, and I, the cat owner, are at a local watering hole chatting with several handsome guys who have just returned from the bar with a round of Hoegaardens. My friend in her infinite wisdom decides to repay them by flashing photos of her dog from her iPhone camera reel. "Isn't my baby the cutest?" she squeals. 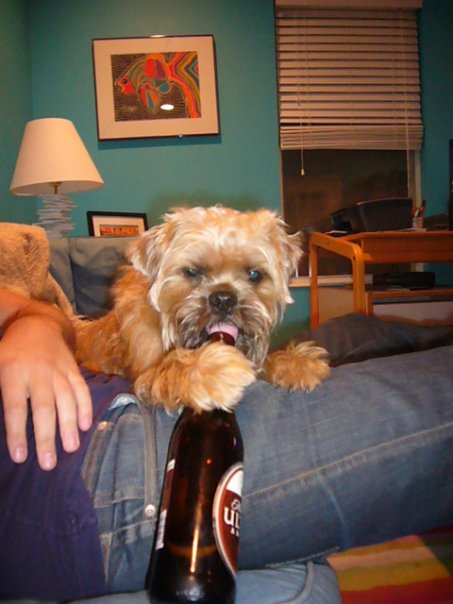 My eyes widen, signaling "ABORT" as I shuffle a few paces backward, prepared to pretend that I don't know her, guided by the naïve assumption that her tactic is tantamount to speaking about her future children.

To my chagrin, the guys react in quite the opposite fashion. Both of them drape their free arms around her shoulders to get a better look. One reaches into his back pocket to grab his smartphone, no doubt loaded with similarly cutesy canine snapshots.

I slink off and begin to fantasize about how my life might have turned out had I adopted a dog instead of a cat. I might have gotten a husband and would have spared myself blood and scars, but I would have also been forced to speak to strangers on the street.

Ultimately, I conclude that I prefer my current arrangement, one that allows me peace and quiet at home and a sufficient number of self-initiated awkward public encounters.

For more of my awkward anecdotes, visit my blog, This Chameleon's Life.