The vikings are back! Well, at least for a day.

The Telegraph explains that thousands of visitors mark the influence of the Norsemen on the Shetland Islands by dressing up as vikings, holding torch-lit processions and setting a replica of a Viking ship alight.

The tradition dates from 1881 and has been honored every year since, with the exception of 1901 for the Death of Queen Victoria and during both World Wars.

Take a look at the incredible photos in the slideshow below. 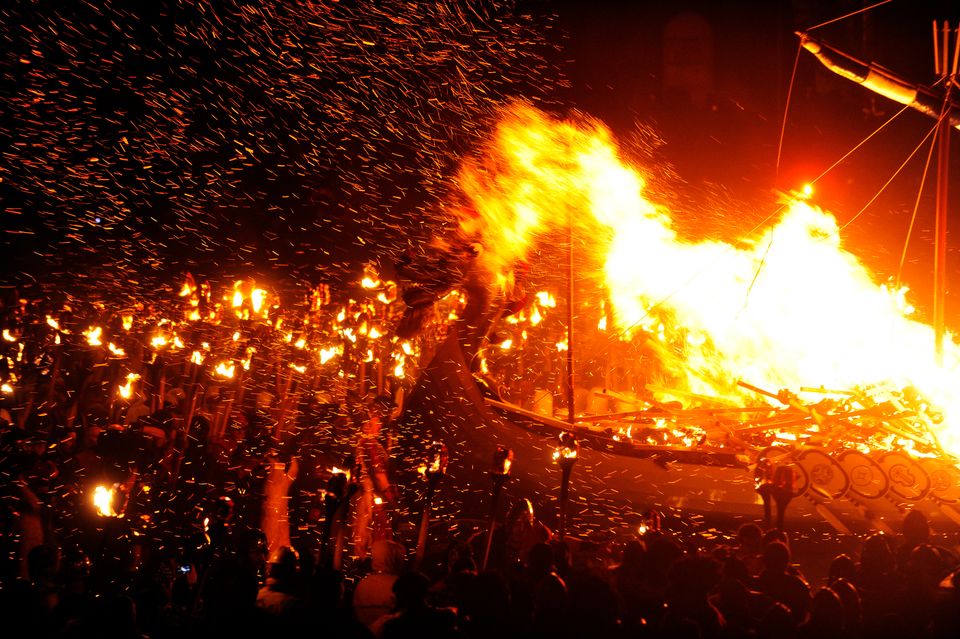 1 / 24
Members of the 2013 'Jarl Squad' take part in the annual Up Helly Aa festival which culminates in the burning of a Viking Galley in Lerwick, Shetland Islands on January 29, 2013. Up Helly Aa celebrates the influence of the Scandinavian Vikings in the Shetland Islands and has employed this theme in the festival since 1870. The event culminates with up to 1,000 'guizers' (men in costume) throwing flaming torches into their Viking longboat. (Andy Buchanan/AFP/Getty Images)
Getty Images