Time to tie up some balloons and float this house to a more welcoming neighborhood.

The famed "Up" home, modeled after the house that floats around the world in the beloved Pixar cartoon of the same name, is facing an identity-destroying paint job mandate from the homeowners association in Herriman, Utah.

Recently bought by a Bay Area couple for $400,000, the house was given a temporary permit to be built and painted. Now that it's there, it's bothering some neighbors.

"When we originally bought here, we were told that all the houses had to abide by certain paint colors on the outside," Josh Bohrn, who lives behind the "Up" house, told the Deseret News. "We expect it to be painted an earth-tone color similar to the other houses in the neighborhood. That's kind of the way we hope it turns out."

Lynn Hamblin, who bought the house along with her husband Clint, recently told The Salt Lake Tribune that, "We just love the message of the movie - adventure is out there."

As for Clint Hamblin, he said that he'll comply with any ruling, but hopes the spirit of the film is maintained.

"We couldn't ask for anything better," he said. "It's just a house that we really want to grow old in." 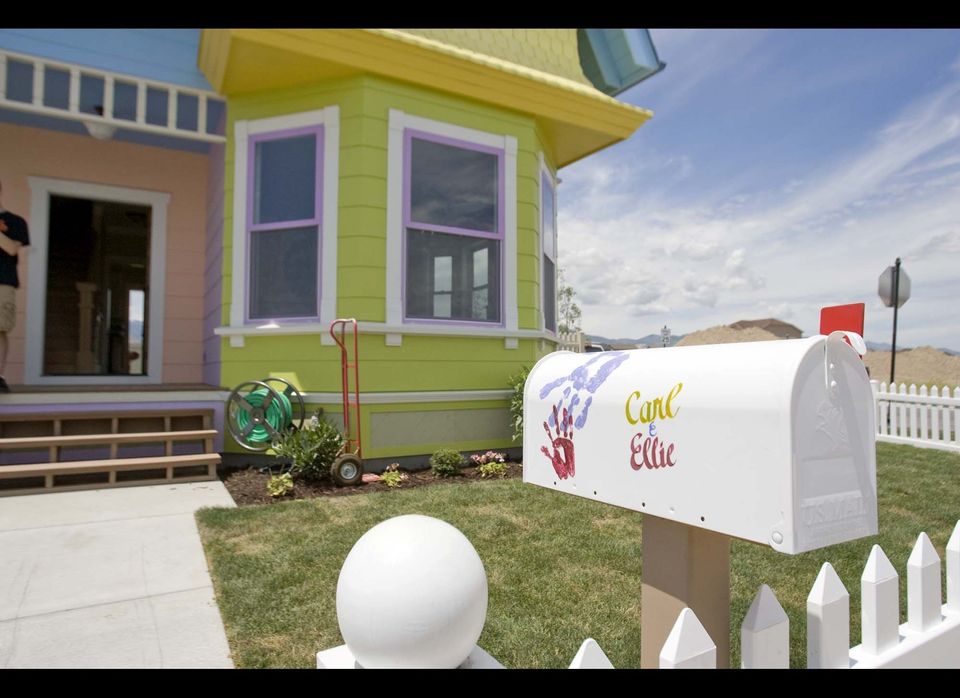