Question: What do science fiction, fantasy and horror have in common? Answer: they are the genres honored annually, for the past four decades, by the Academy of Science Fiction, Fantasy and Horror Films. 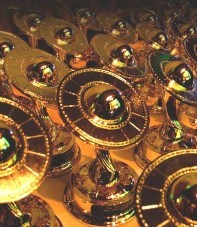 On June 26th, actors, filmmakers, and a whole host of other entertainment professionals and artisans will gather in Burbank, CA, to celebrate their capacity to engage you in intergalactic war, have you hobnobbing with kings, dragons, hobbits, and zombies, transform you into some alternate life form, get you chewing your fingernails down to little nubs, or simply scare the pants off of you ... and do it all with your unequivocal, enthusiastic consent!

To the uninitiated, this could sound like a whole lot of fanfare and purple prose ... in which case, may I suggest you take a few days and immerse yourself in some of the films and television shows which are on the Academy's slate for its coveted Saturn Award. Some of these include: Gravity, The Hobbit: The Desolation of Smaug, Pacific Rim, Game of Thrones, Falling Skies, Carrie, The Conjuring, The Place Beyond The Pines, Agents of S.H.I.E.L.D., The Blacklist, and Under The Dome. 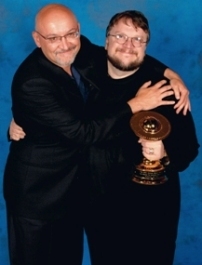 Honoring entertainment industry greats from both television and the silver screen, from studio productions as well as independents, the Academy of Science Fiction, Fantasy and Horror Films takes its nomination cues from the public. Yes, nominators and voters must be members, but the Academy's membership is still open to the public, thereby affording fans the opportunity to voice their opinions and be champions for their heroes. In addition to that, members get to attend about 130 screenings and numerous special events each year. 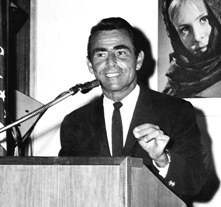 The Academy was founded four decades ago by a man who adored the genres which, with each new film, pushed the envelope right over the edge and stretched the imagination beyond its breaking point so it could transport its fans into worlds and experiences so extraordinary, that they all but defied definition or explanation.

Fearing that those genres, particularly horror, might never garner the attention they deserved from the Oscars, Emmys, and Golden Globes, Dr. Donald A. Reed founded the Academy of Science Fiction, Fantasy and Horror Films. He wanted the films he felt so passionate about, and all the people and faces behind them, to receive the recognition they so richly deserved. And now they do. 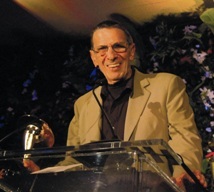 (Darabont I especially enjoyed when met him at the 2009 Saturn Awards ceremony ... spending about 15 or 20 minutes talking about, of all things, fuel cells, hydrogen generation, and alternative energy! Of course ... what else would you discuss with a three-time Oscar-nominated director at a film and television award show?!) 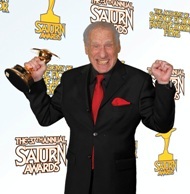 I recently had the opportunity to speak with Robert Holguin, the Academy's CEO and president. Through his efforts over the past several years, the independent filmmaking community's contribution to the entertainment industry is now an integral part of the annual Saturn Awards event, accounting for approx. 40 percent of the nominees. "There's a lot of talent that can be found in independent film," he told me, "Because they have more freedom to work outside the box, they can bring something to the screen that's more original."

And if anything is likely to have a good shot at being original, it's something in the Sci-Fi, Fantasy, or Horror genres. Who could ever forget Jack Nicholson's terrifying and incomparable "Here's Johnny!" in The Shining? And, as Holguin also pointed out, "Who would have ever thought a show about zombies could be so successful?" 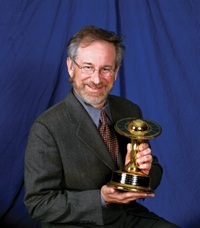 Clearly, the public has gone way beyond 'ready for it'; they are demanding it - greater quantities, higher quality, superior intellect, and further and further out of the box each year. Isn't that just fantastic!

Pamela S. K. Glasner is a published author and a filmmaker. Learn more about Ms. Glasner at http://www.starjackentertainment.com/ and on Facebook.