The U.S. Treasury Department also issued an updated advisory that listed 67 vessels that it said had engaged in illicit transfers of refined petroleum with North Korean tankers or were believed to have exported North Korean coal.

The move prohibits U.S. dealings with the designated companies and freezes any assets they have in the United States.

Washington announced the measures three weeks after a second meeting between President Donald Trump and North Korean leader Kim Jong Un broke down over conflicting demands by North Korea for relief from sanctions and from the U.S. side for Pyongyang to give up its nuclear weapons.

The United States has led international efforts to press North Korea through sanctions to give up its nuclear and ballistic missile programs.

“The United States and our like-minded partners remain committed to achieving the final, fully verified denuclearization of North Korea and believe that the full implementation of North Korea-related U.N. Security Council resolutions is crucial to a successful outcome,” Treasury Secretary Steven Mnuchin said in a statement.

“Treasury will continue to enforce our sanctions, and we are making it explicitly clear that shipping companies employing deceptive tactics to mask illicit trade with North Korea expose themselves to great risk,” he added.

The latest sanctions showed there was some “leakage” in North Korea sanctions enforcement by China, but Beijing was mostly abiding by U.N. resolutions, a senior U.S. official told reporters, speaking on condition of anonymity.

The official said that financial as well as shipping companies risked U.S. action if they were found to be in violation of sanctions.

The official insisted, however, that Thursday’s announcement was meant to maintain sanctions enforcement on North Korea rather than intensify the pressure.

While declining to say whether Washington was trying to send a post-summit message to Pyongyang, the official said Trump “has made clear that the door is wide open to continuing the dialog with North Korea.”

U.S.-North Korean engagement has appeared to be in limbo since the Feb. 27-28 summit in Hanoi, despite U.S. Secretary of State Mike Pompeo saying on March 4 he was hopeful he could send a team to North Korea “in the next couple of weeks.”

Washington has said it aims to re-engage with Kim, but North Korea has warned it is considering suspending talks and may rethink a freeze on missile and nuclear tests in place since 2017 unless Washington makes concessions.

On Monday, two senior U.S. senators called for the Trump administration to correct a slowing pace of American sanctions designations on North Korea, saying there had been a marked decline in such actions during the past year of U.S. diplomatic engagement with Pyongyang.

They pointed to a 2019 U.N. report that found that North Korea continued to defy U.N. sanctions with an increase in smuggling of petroleum products and coal and violation of bans on arms sales.

The statement said Liaoning Danxing had “routinely used deceptive practices” to enable the work of North Korean procurement officials based in the European Union.

It said ports visited by vessels involved in ship-to-ship transfers included those in Taiwan, China, Russia and South Korea.

It said that if the tankers were fully laden, North Korea would have imported 3.78 million barrels - more than 7-1/2 times the 500,000 barrels a year allowed under a U.N. resolution. 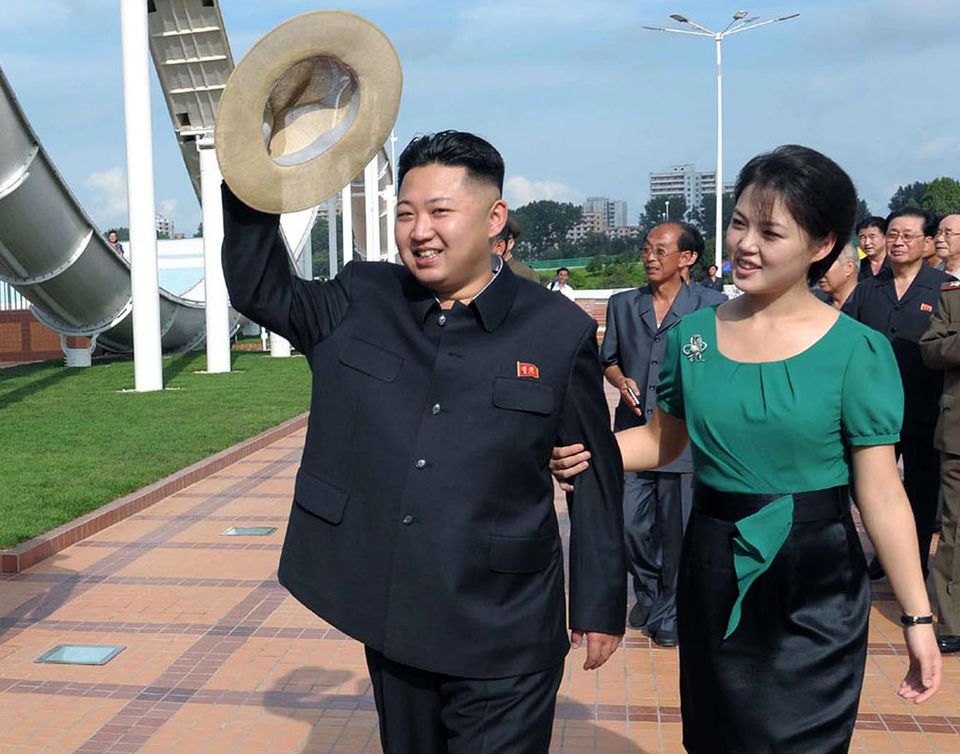 1 / 42
Kim Jong Un, Ri Sol Ju
FILE - In this July 25, 2012 file photo released by the Korean Central News Agency and distributed in Tokyo by the Korea News Service, North Korean leader Kim Jong Un, accompanied by his wife Ri Sol Ju, waves to the crowd as they inspect the Rungna People's Pleasure Ground in Pyongyang, North Korea. The online version of China's Communist Party newspaper has hailed a report by The Onion naming Kim as the "Sexiest Man Alive" - not realizing it is satire. The People's Daily on Tuesday, Nov. 27, 2012 ran a 55-page photo spread on its website in a tribute to the round-faced leader, under the headline "North Korea's top leader named The Onion's Sexiest Man Alive for 2012." (AP Photo/Korean Central News Agency via Korea News Service, File)
AP