In the ratings war, the world chess champion Magnus Carlsen, 24, and the top Armenian grandmaster Levon Aronian, 33, looked like brothers in arms, occupying the first two places for some years. A world championship match between the two could be a treat. But this year they both hit the wall.

Carlsen has lost 42 points since June and has a rating of 2834. He is still first in the world, 31 points ahead of the Bulgarian GM Veselin Topalov, 40, but the margin is getting smaller.

Aronian slipped from the FIDE Top 10 and was in danger of not making it to the Candidates tournament on rating. He was rescued by Samvel Karapetyan, an Armenian billionaire living in Russia who decided to sponsor the event. Aronian got the wild card, making the title match a possibility.

With the results from the 20th European Team Championship in Reykjavik, Iceland, Aronian climbed back to 6th place. He helped Armenia finish second behind Russia and his game with Carlsen was a fine performance. 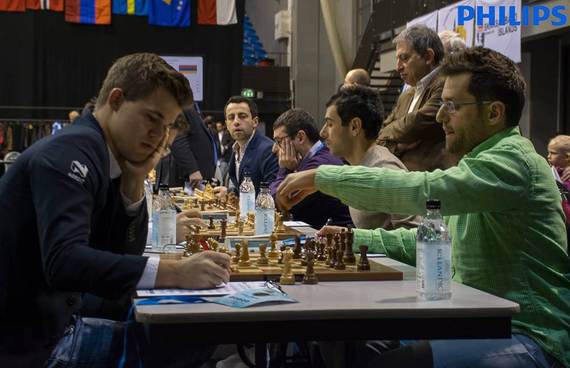 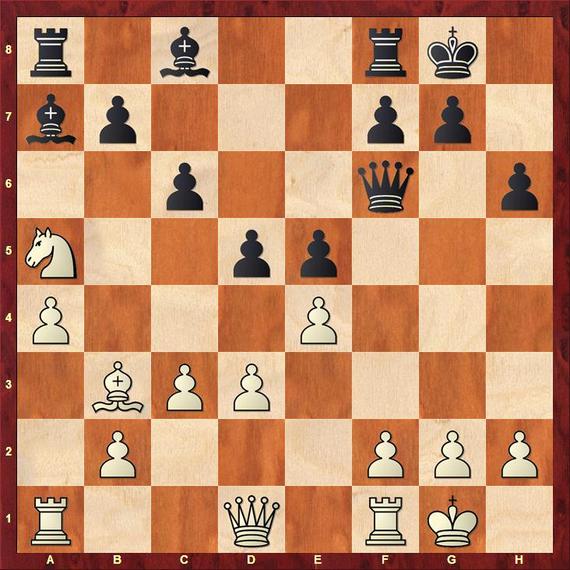 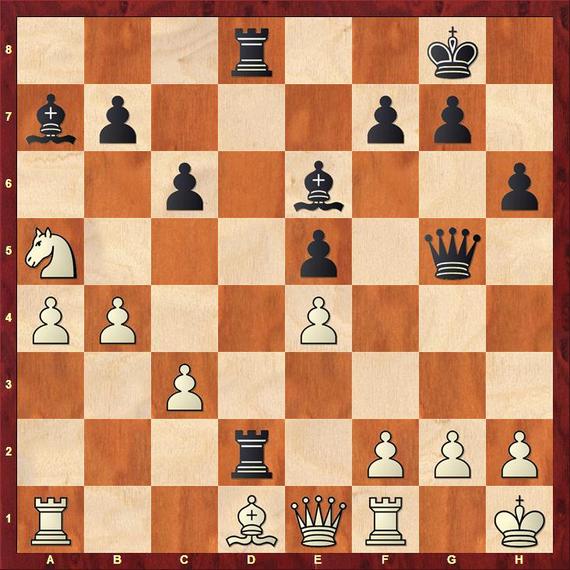 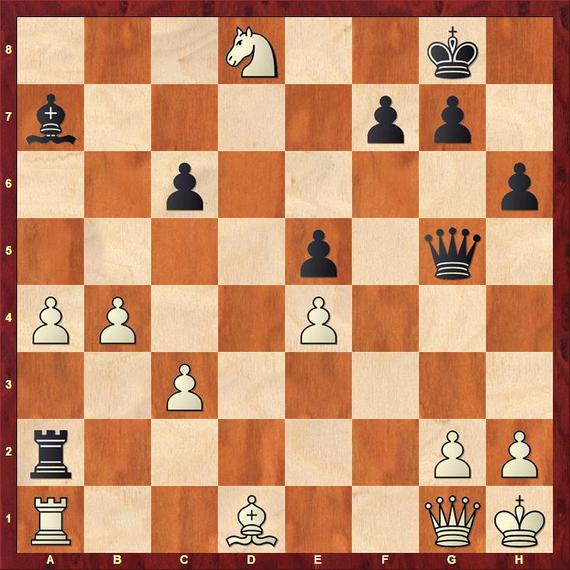 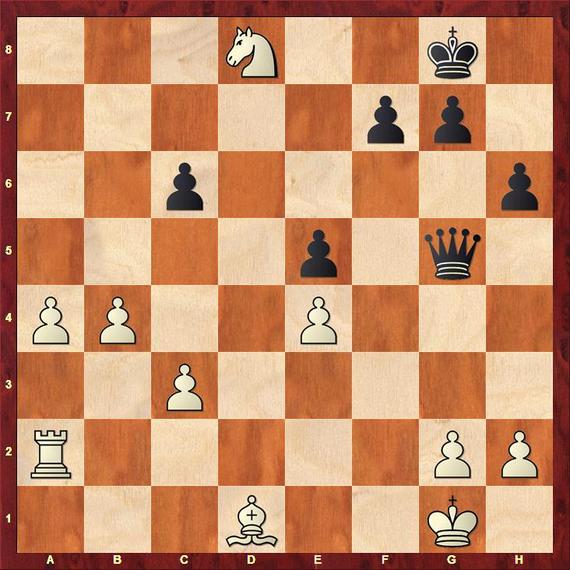 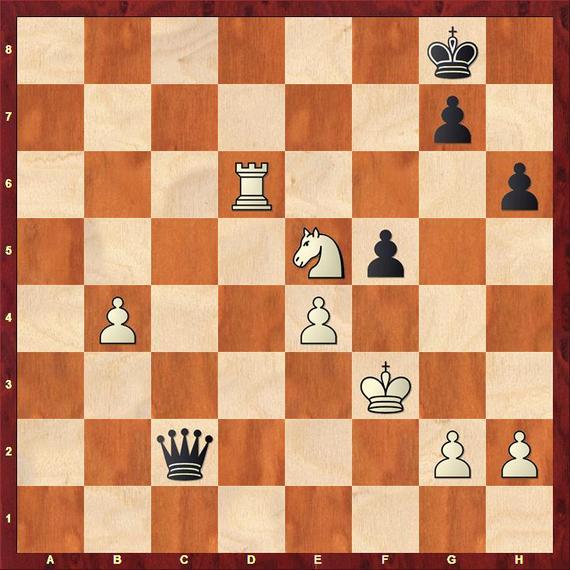 Two former world champions, Vishy Anand, 45, and Vladimir Kramnik, 40, share third place on the rating list. By playing the last title match against Carlsen, Anand secured his place in the Candidates to be staged next March in Moscow. Kramnik hoped to qualify via the World Cup last month, but came up short. He improved his rating while leading his Russian club Siberia to victory in the European Club championship. Although Kramnik is now rated high enough, FIDE nominates a player with the best average rating in 2015, and that place would go to Anish Giri.

Still, it is an encouraging sign to see older players be reluctant to age, finding the motivation to stay around. At the top of the rating list, the young Carlsen is alone against three forty-plus players. The conflict of the generations is a never-ending topic, often discussed in literature.

It dominates one of the most important novels of the 19th century, Fathers and Sons, written by a prominent Russian writer and amateur chess player Ivan Turgenev (1818-1883). 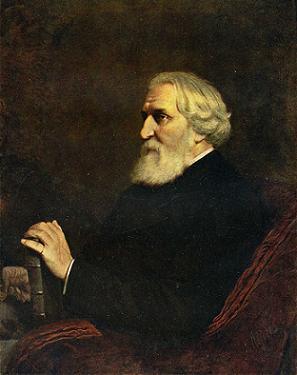 It made him famous, but broke his spirit at the same time. Disappointed by the reaction to his book in Russia, Turgenev lived the rest of his life abroad. His favorite places were Paris and Baden-Baden, where he also sponsored some chess events.
Turgenev was considered a strong player. "His play was austere, no brilliant moves, he used to choose the line that seemed soundest to him," characterized him La Strategie in 1883. Not many of his games are found in print. The following game from the match against Ignaz Kolisch was played in 1862, the year Fathers and Sons were published. 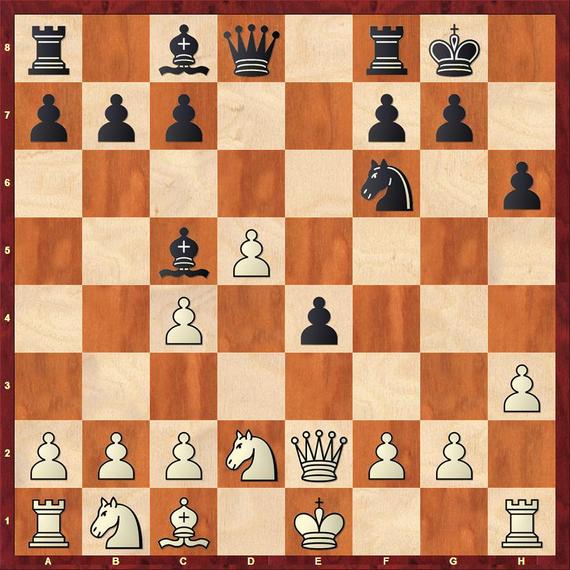 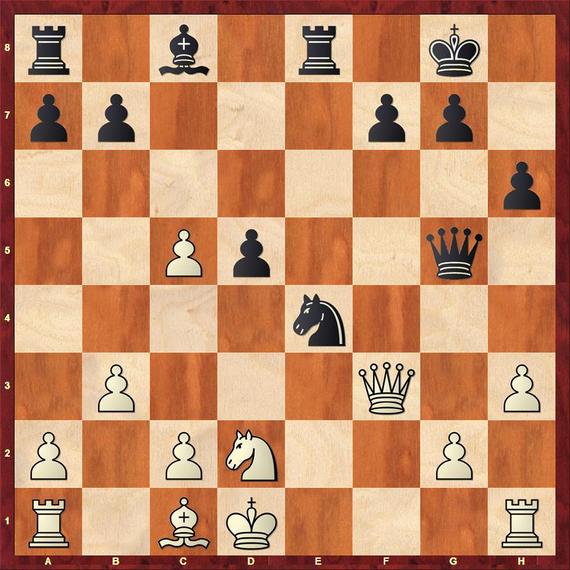 The winner of the game was Ignaz Kolisch - a chess player, globetrotter, banker, publisher and chess patron. He was born in 1837 in Pressburg, now the Slovak capital of Bratislava, and was a contemporary of Paul Morphy and William Steinitz. Kolisch was considered to be one of the best chess players in the world, perhaps even the best in the early 1860s. Twice he challenged Paul Morphy to a match, twice he was refused. Yet, he is not often recognized in chess literature. Richard Reti, another world-class player born on the Slovak territory, does not mentioned him in his works, neither does Garry Kasparov in My Great Predecessors. Fabrizio Zavatarelli filled this void with a 376-page book published by McFarland & Company. 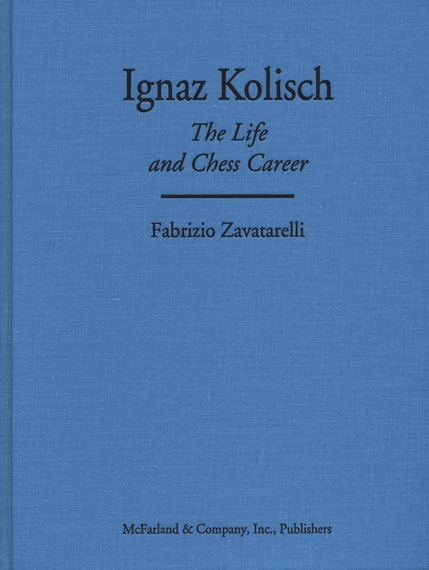 Through good connections and sound investments, Kolisch turned his chess winnings into considerable wealth and in the 1880s acquired the title of baron. "He is witty, agreeable, well-mannered and good tempered," one player described him. Zavatarelli presents Kolisch's 323 games, about half not previously published. He also creates vivid pictures of the chess scene in the second half of 19th century. A remarkable work.

The book is one of the amazing chess biographies published by McFarland this year. After a wonderful anthology Eminent Victorian Ches Players, Ten Biographies, Tim Harding brought the most colorful player to life in Joseph Henry Blackburne, A Chess Biography. The comprehensive nearly 600-page work is a beautiful tribute to a world-class player, considered among the best five in the world. Blackburne (1841- 1924) devoted over 60 years to the game and the book presents 1184 games and 55 compositions. It is Harding at his best!

Miguel A. Sanchez's José Raúl Capablanca, A Chess Biography is a nice compliment to Edward Winter's classic. The author performed substantial research in New York and in his native Cuba, creating a larger picture of the Cuban world champion. The 586-page book would be a nice addition to any chess library.

Stephen Davies wrote Samuel Lipschütz, A Life in Chess, a 488-page book about the American champion, born in Eastern Europe. He was a fixture of the Manhattan Chess Club and Davies presents over 250 lightly commented games. It is a great discovery of an entertaining player.

Everyman Chess presents many great players in the Move by Move series. The latest book is Craig Pritchett's Steinitz. The author chronicles the life of the first official world champion in chronological order and deeply comments 35 games. Included are Steinitz's positional principles as well as other general tips on how to improve the game.

It is not a biography, but Antonio Gude's A Complete Chess Course, published by Gambit Publications, is a useful tool in answering many basic questions about the game. It teaches how to play and win in openings and endgames, and discusses tactics and strategy. One of the best beginner resources on the market!